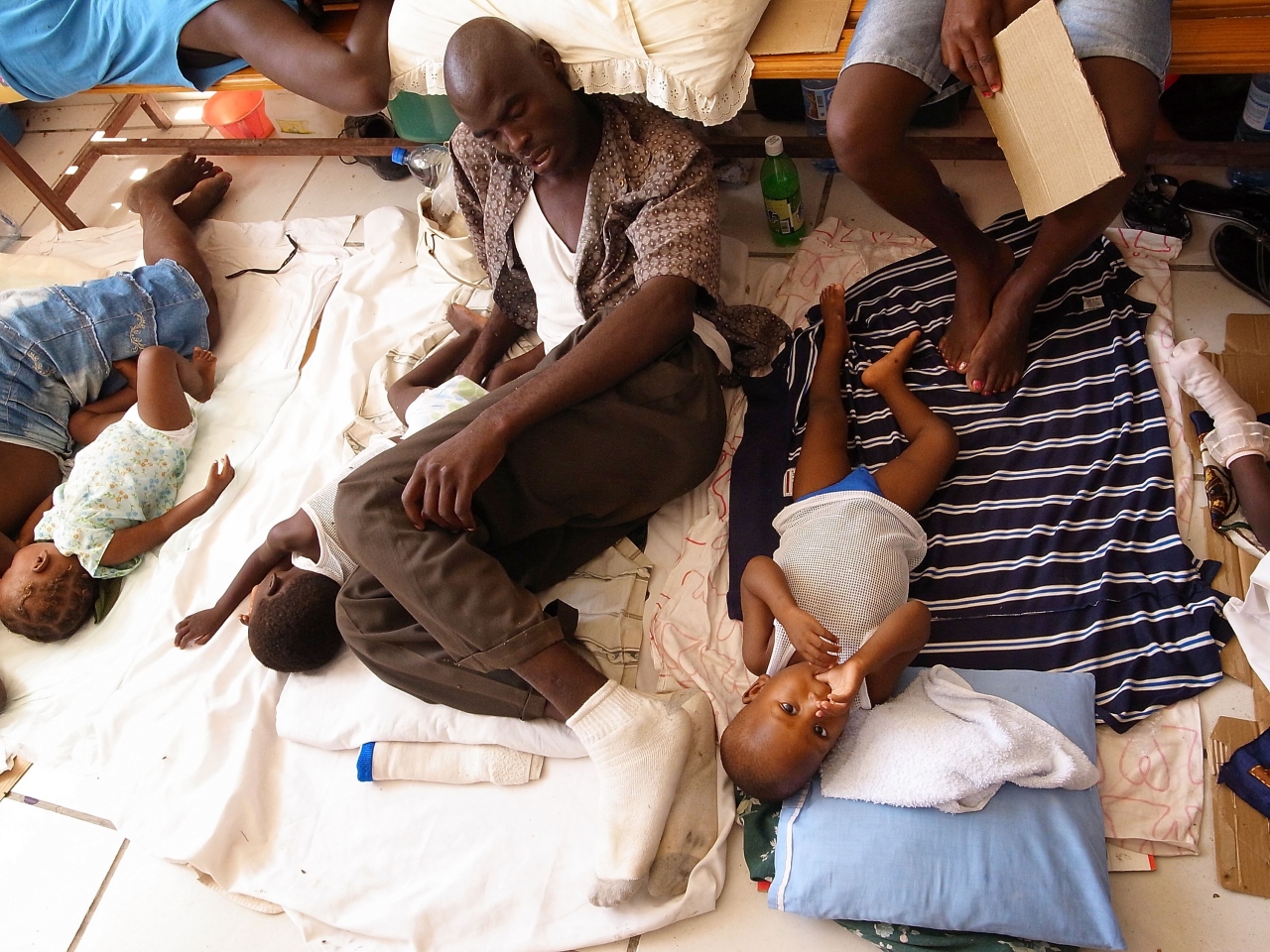 MSF is continuing to support the Haitian Ministry of Health in response to the outbreak of cholera in and around the Artibonite area north of Port-au-Prince, widening its work in the most affected areas and preparing for any further spread of the disease. There have been some positive signs of late, but the need to be extremely vigilant remains.

There are still significant numbers of patients coming to MSF-supported St. Nicholas Hospital in the town of St. Marc, near the epicenter of the outbreak. Around 450 patients were treated each of the past two days, including those who received oral rehydration solution (ORS) and intravenous treatment. An isolation unit was established for cholera patients, but of late, people have been arriving in less severe condition than in days past.

“The fact that we are seeing fewer severe cases is positive,” said Federica Nogarotto, MSF field coordinator in St. Marc. “It suggests that people are taking precautions and that there is a greater understanding in the community of the need to maintain strict hygiene and to seek medical assistance at the first sign of symptoms.” Nonetheless, MSF is continuing to prepare for the possibility that the disease could spread. At present, MSF can treat cholera at eight of its facilities in the Artibonite region and in and around Port-au-Prince. Another cholera treatment center (CTC) is being constructed on a football field near St. Nicholas Hospital. It should be completed by Wednesday, October 27, with a capacity of 400 beds.

In Petite Riviere, also in the Artibonite region, more than 230 people have been admitted to the Ministry of Health Hospital there, where MSF is working, since October 23. The hospital was consistently crowded with patients and worried relatives, though MSF and other health providers implemented all relevant protocols and the scene became more organized as time passed.

In Port-au-Prince, 34 people suffering from diarrhea presented at MSF facilities in the city. Cases of watery diarrhea (AWD) that did not involve cholera have not been uncommon in Port-au-Prince since the January 12, 2010 earthquake. MSF teams have treated many people with AWD in the intervening months. Regardless, MSF has a 20-bed cholera treatment center in place and is undertaking necessary measures and preparations at its Port-au-Prince facilities for any additional patients who present with cholera-like symptoms. Confirming cholera requires lab testing, but the treatment for cholera and AWD are the same, beginning with rehydration.

“The best way to contain the spread of cholera is through prevention, and ensuring that people have access to clean drinking water,” said Dr. David Olson, MSF medical adviser and cholera specialist in Haiti. "In refugee settings in conflict areas, people are forced to seek water wherever they can find it. In many of the displacement camps in Port-au-Prince, people are provided with water that is less likely to be contaminated. This will hopefully mitigate the threat."

In all, MSF has treated almost 2,000 people for acute watery diarrhea (AWD) in the last few days. Two additional CTCs are being constructed in the capital and another is being built in Leogane. Soon, MSF will have 800 beds available for the treatment of cholera patients, should the outbreak spread. All normal activities, including postoperative care, maternal care, secondary care, surgery and mental health programs, are continuing without interruption as well.