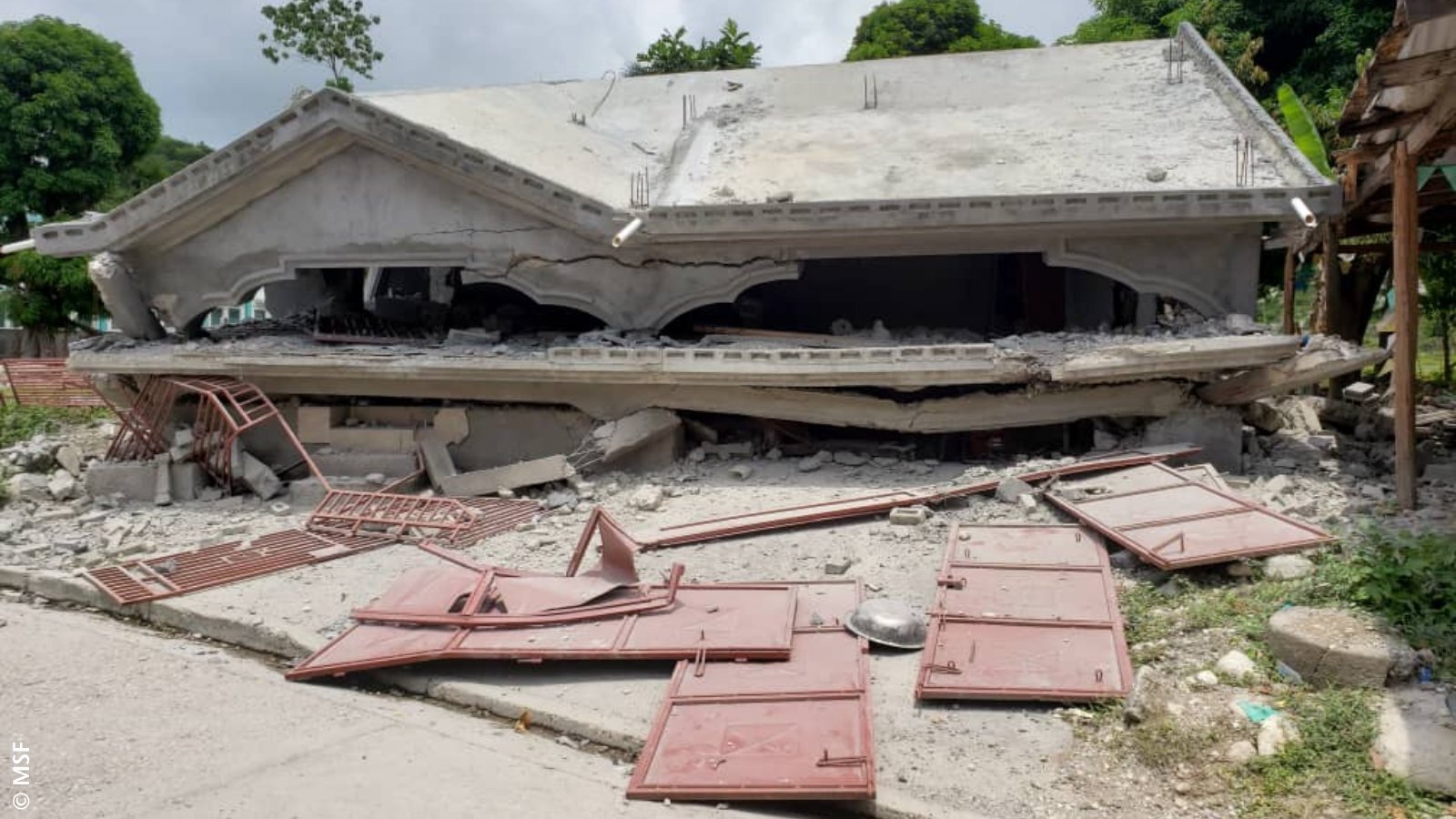 At 8:30 a.m. on August 14, a magnitude 7.2 earthquake struck the southern region of Haiti, specifically the provinces of Grande Anse, Nippes, and Sud. As of August 15, the provisional death toll has climbed over one thousand with more than 5,700 injured, according to Haiti’s Office for Civil Protection. These figures are expected to change in the coming hours and days, as many municipalities in the affected areas remain isolated from the rest of the country.

Homes and infrastructure, including medical facilities, have been extensively destroyed and damaged in the affected region. Some hospitals had to evacuate their patients, and some lack medical equipment and medicines. Aftershocks and landslides have caused additional damage.

A tropical depression, Grace, is expected to hit earthquake-affected areas of Haiti with heavy rain on August 16, raising additional concerns.

In Port-Salut, an MSF team received at least 16 patients with injuries and fractures, including patients referred from Port-à-Piment and Les Cayes. MSF and its partners are stabilizing the wounded and providing surgical and follow-up care. 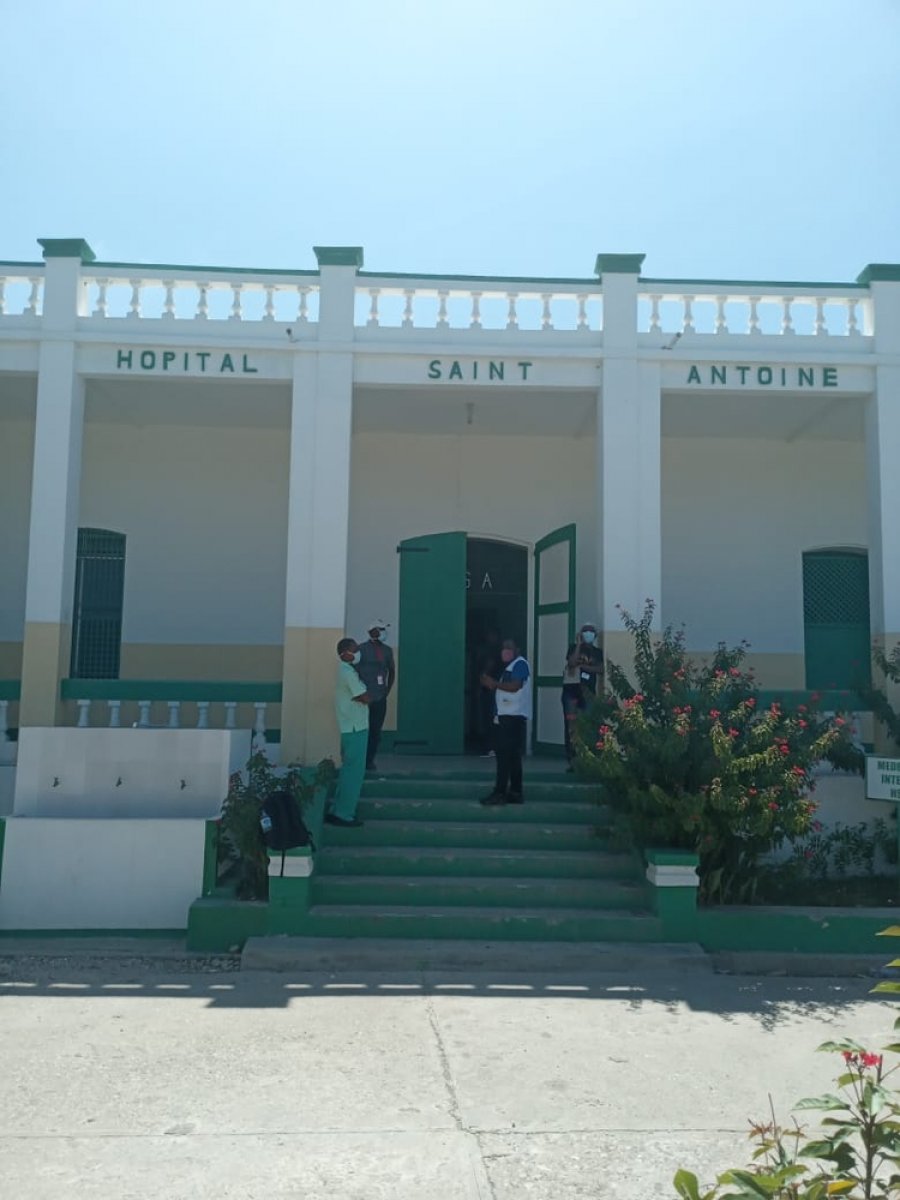 MSF
An autoclave machine to support sterilisation arrives at St Antoine hospital, in Jérémie, while the surgical teams start working.

In Les Cayes, an MSF team is providing medical supplies and staff to work in the general hospital.

An MSF team is assessing needs in the more remote location of Les Anglais and has been transporting patients from Les Anglais to Port-a-Piment and other areas. Vehicles are unable to travel the entire way to Les Anglais at the moment so patients must be shuttled between two different vehicles, making the trip especially difficult. 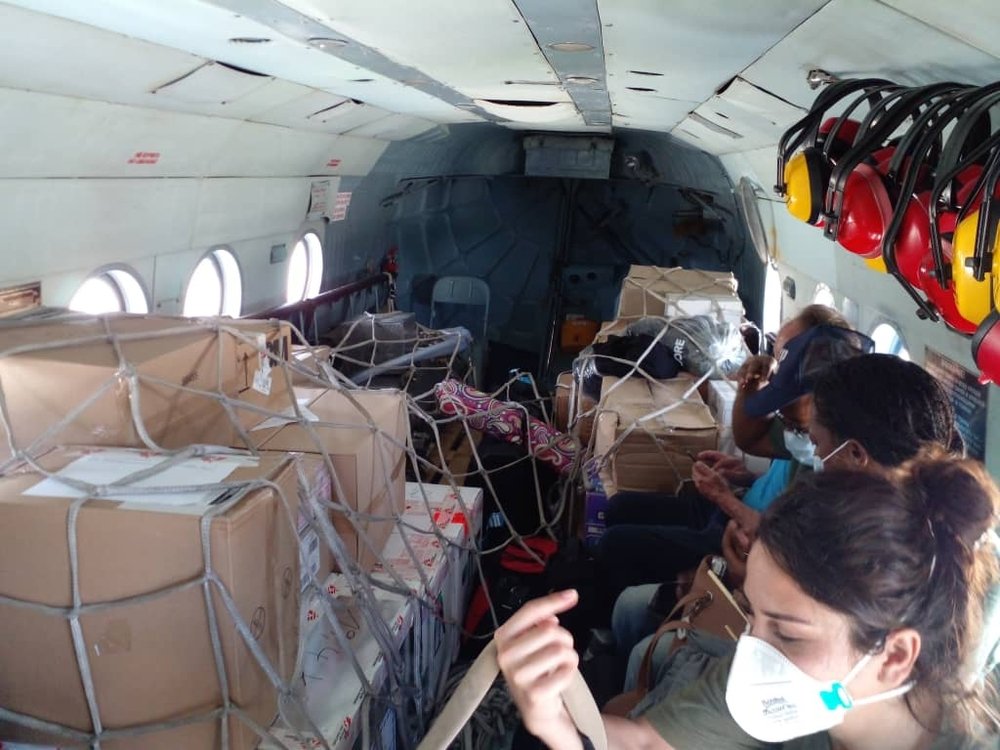 MSF
An MSF emergency team travels from Port-au-Prince to Grand Anse in helicopter with medical and humanitarian supplies.

An MSF team arrived on August 15 in Nippes, and visited the Sainte-Thérèse hospital in Miragane, which has received 59 wounded. MSF donated supplies to the hospital and an MSF surgeon and nurse are providing medical support. Another team is assessing the situation in Baradères and Petit Trou in Nippes, which have reportedly been seriously affected.

MSF also sent emergency supplies from Port-au-Prince to Sud (first aid kits, tents for emergency clinics, medicines and supplies for blood transfusions and plaster casts). Some access routes, such as the road between Les Cayes and Jérémie, are seriously damaged, and complicate the deployment of aid. 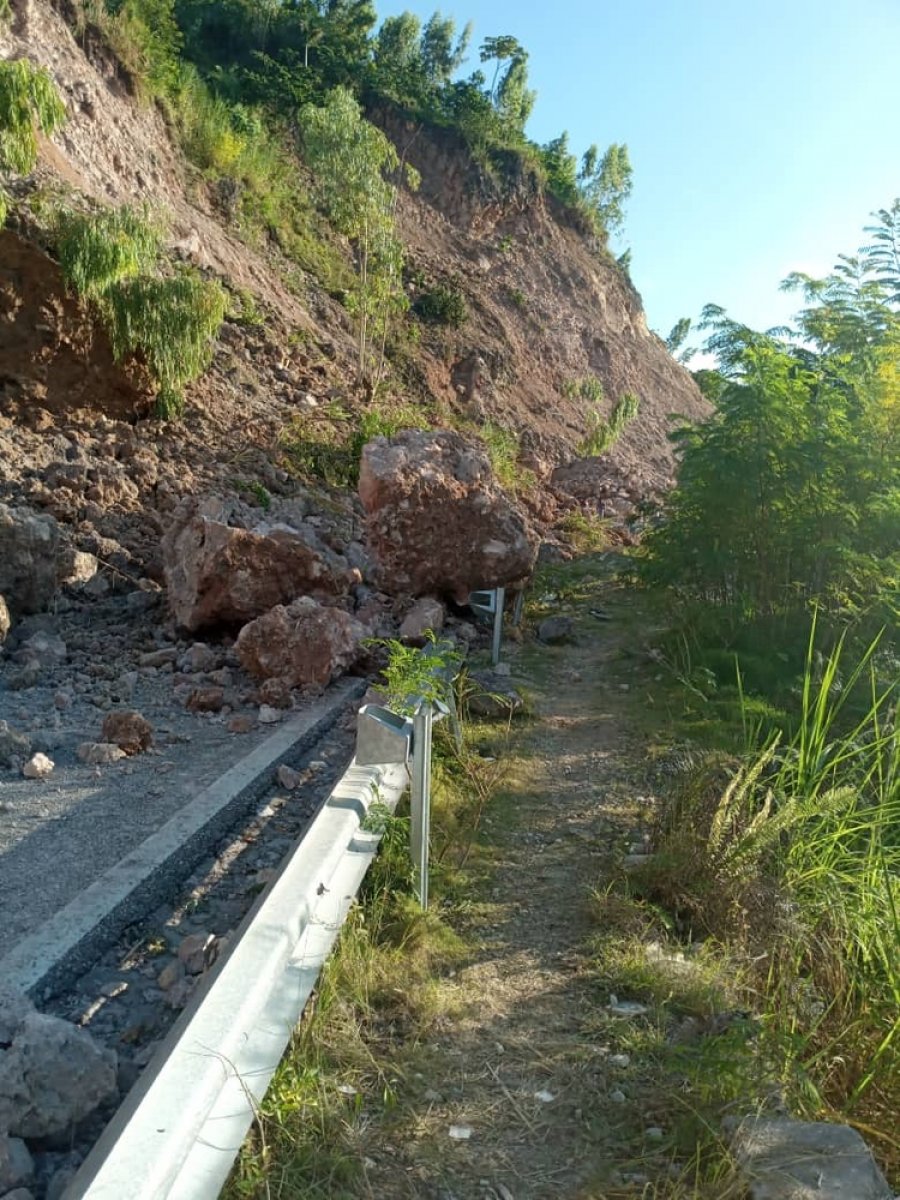 MSF
Infrastructure, including roads and bridges, has been damaged, making it harder for local rescue efforts to reach cut off populations. Here a landslide on the road from Les Cayes to Jérémie.

However, an MSF team, including two surgeons and an operating room nurse, brought medical supplies to Jeremie on August 15 and began working in the town's hospital.

MSF plans to reinforce its activities in the coming days, sending more medical teams, including surgeons. MSF is preparing to send medical and emergency supplies from abroad, including two cargo planes from Brussels. 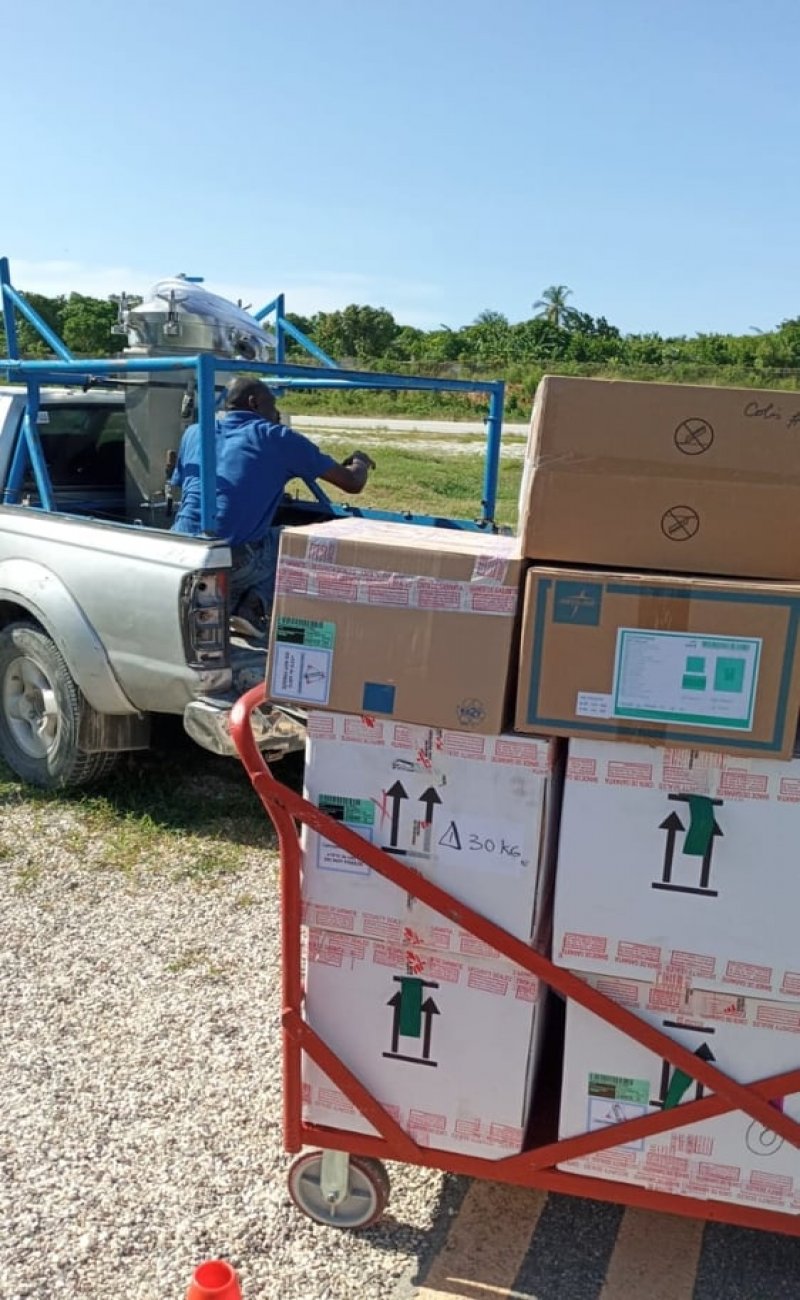 MSF
An autoclave machine to support sterilisation arrives at St Antoine hospital, in Jérémie, while the surgical teams start working. 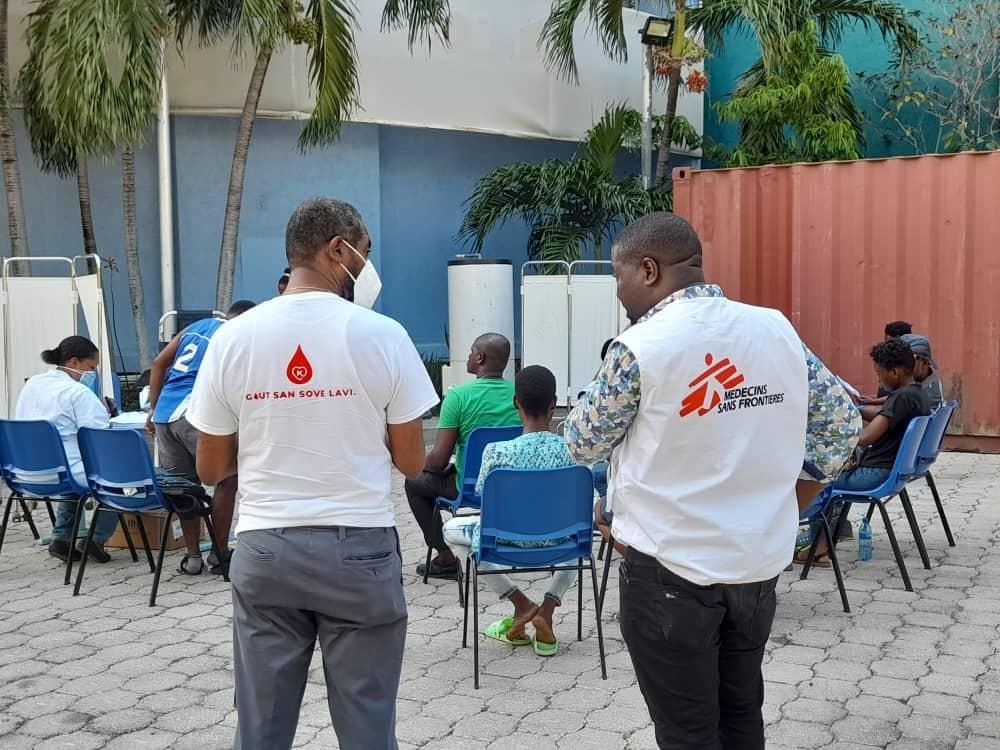 MSF
Volunteers quickly responded to MSF's call for blood donations on Aug. 14 to help those injured in the earthquake that has primarily affected Haiti's southern departments.

To address potential blood shortages, MSF launched a blood collection campaign in the Turgeau neighborhood of Port-au-Prince on August 14, in partnership with local authorities.

On August 15, MSF opened an emergency center in the Turgeau neighborhood and began providing stabilization care to injured patients. 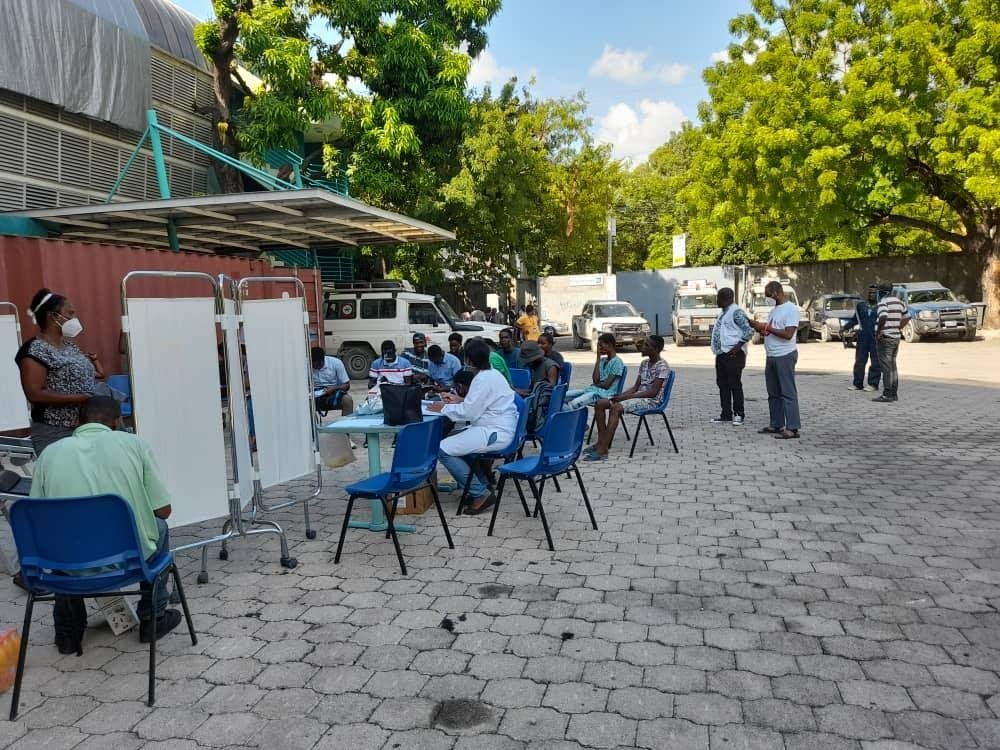 MSF
Volunteers quickly responded to MSF's call for blood donations on Aug. 14 to help those injured in the earthquake that has primarily affected Haiti's southern departments.

MSF has been present in Haiti for 30 years. Our regular activities continue, including at the Tabarre hospital in Port-au-Prince, where MSF is treating severely burned patients as well as people with life-threatening injuries.

MSF also provides maternal and sexual and reproductive health care in Port-a-Piment in Haiti's Sud province and treats victims of sexual and gender-based violence in Port-au-Prince and Gonaïves.

After more than 15 years, MSF was forced to close its emergency center in Martissant, Port-au-Prince, after an armed group fired on the facility on June 26, putting medical staff and patients at risk.

Earlier in the year, MSF was forced to relocate its burns hospital from Drouillard to Tabarre due to insecurity.