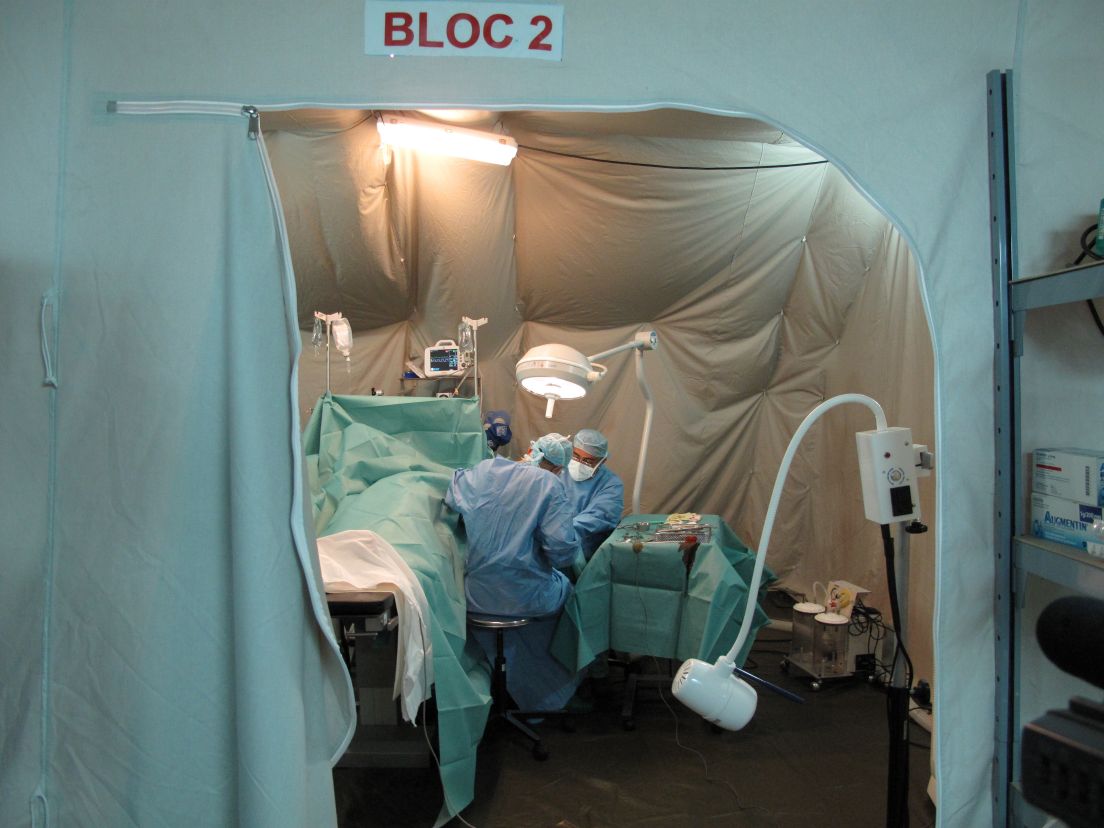 The MSF teams in Port-au-Prince are focusing their attention now on expanding their surgical capacity and two operating theatres are now working to help 300 patients who have been transfered to the MSF facility at Choscal hospital in the Cite Soleil district. The rest of the medical staff are still responding to the hundreds of people at their clinics who need immediate first aid and more basic care for their wounds. Equipment that could be salvaged from the damaged health facilities at Maternite Solidarite hospital has been taken to Choscal. It is a race against time because infected wounds need rapid interventions. Inflatable operating theatres, with more surgical specialists are en route. But there are major issues of access and transport, with the staff delayed in the air and on the roads.

Medical care under tents continues in front of what was La Trinité trauma hospital and rehabilitation center Pacot. More than a thousands patients have received primary medical care there. “Triage, stabilisation of the wounded and referrals for surgical needs are the medical priorities”, explains Dr Mego Terzian, from an MSF emergency cell. “The dead bodies represent a medical issue in the sense that it’s a factor of stress for the survivors. But in this context, as the cause of the death is not an infectious factor, there is no risk of epidemics linked to bodies.”

Some of the biggest problems at the moment are with basic supplies and with transport access. Food is running very short, water is a major concern. MSF is starting to truck drinkable water to Choscal hospital for the patients and the people nearby.

There are overwhelming needs across the city and the MSF teams are getting reports of very serious damage and casualties from the smaller towns near the capital. They will be trying to get out into those areas to establish what MSF might contribute. Mobile clinics are being planned. The teams are also looking at obstetric care, which has always been a priority for MSF and which needs sustaining. Mental health in the wake of this scale of disaster is another area where provision needs to be made.

MSF has managed to get in two cargo planes directly into Port au Prince airport but others have had to go to neighbouring San Domingo, often because of the lack of aviation fuel in Haiti. The people and material then have to come overland. 25 new MSF staff are expected to have joined the teams in Port au Prince by the end of today.