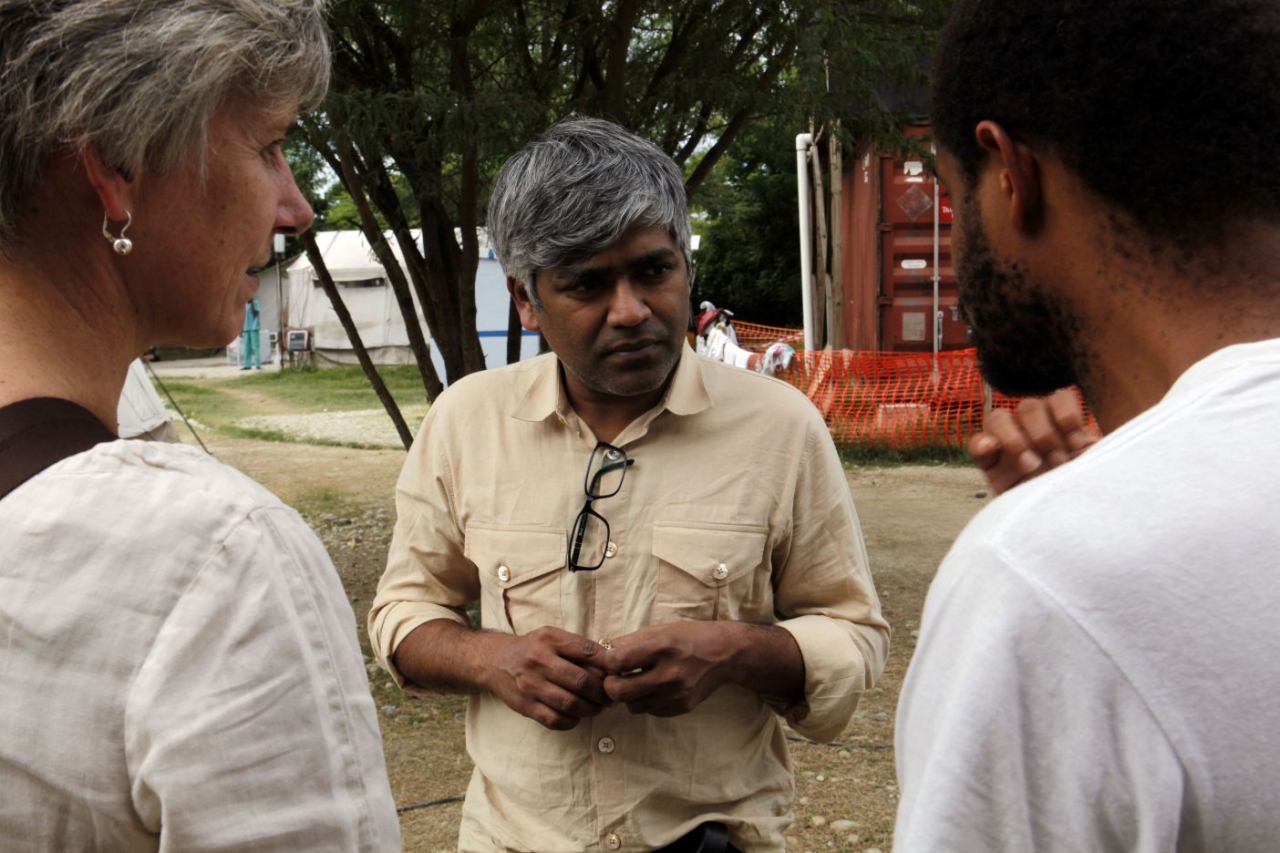 Haiti should be an unlikely backdrop for the latest failure of the humanitarian relief system. The country is small and accessible and, following last January's earthquake, it hosts one of the largest and best-funded international aid deployments in the world. An estimated 12,000 non-governmental organisations are there. Why then, have at least 2,500 people died of cholera, a disease that's easily treated and controlled?

I recently went to Haiti's capital, Port-au-Prince, and found my Médecins Sans Frontières (MSF) colleagues overwhelmed, having already treated more than 75,000 cholera cases. We and a brigade of Cuban doctors were doing our best to treat hundreds of patients every day, but few other agencies seemed to be implementing critical cholera control measures, such as chlorinated water distribution and waste management. In the 11 months since the quake, little has been done to improve sanitation across the country, allowing cholera to spread at a dizzying pace.

Ten days after the outbreak hit Port-au-Prince, our teams realised the inhabitants of Cité Soleil still had no access to chlorinated drinking water, even though aid agencies under the UN water-and-sanitation cluster had accepted funds to ensure such access. We began chlorinating the water ourselves. There is still just one operational waste management site in Port-au-Prince, a city of three million people.

On the one hand, Haitians were deluged with text messages imploring them to wash before eating, while on the other they had to bathe their children in largely untreated sewer water. Before the quake, only 12% of Haiti's 9.8m people received treated tap water, according to the US Centres for Disease Control (CDC).

The road to controlling a cholera epidemic has been paved by hundreds of previous outbreaks worldwide. Yet, in Haiti, there are vast gaps in the deployment of well-established control measures. Now the epidemic is nationwide, making more than 120,000 people sick and killing at least 2,500.

In the face of this ferocious outbreak, investigations into its origin have not been released publicly, even though this information is fundamental to understanding the epidemic's behaviour.

Hypotheses of cholera's origin range from the contamination of the river Artibonite by UN peacekeepers, through climate change to voodoo. In the absence of transparency, fear and suspicion have provoked violence. The population's anxiety is only amplified by catastrophic epidemic projections by the Pan American Health Organisation (PAHO), a sister of the World Health Organisation.

PAHO's epidemic modelling has not led to effective aid deployment. Huge amounts of aid are concentrated in Port-au-Prince, while scant support has been provided to inexperienced health workers in rural areas, where cholera is flourishing. MSF teams have found health centres with shortages of life-saving oral rehydration solution, and clinics that were simply shut.

It is against this backdrop that many non-governmental agencies have launched fundraising appeals, even while their post-earthquake coffers remain filled. The UN's Office for the Co-ordination of Humanitarian Affairs (OCHA) has repeatedly claimed that underfunding of its $174m cholera appeal, launched primarily to benefit private groups, is hampering the response – despite the fact that Haiti is the top-funded UN appeal for 2010. As nearly a million Haitians remain homeless in the face of a full-blown public health emergency, arguments that existing funds are tied up in longer-term programmes ring hollow.

The inadequate cholera response in Haiti – coming on the heels of the slow and highly politicised flood relief effort in Pakistan – makes for a damning indictment of an international aid system whose architecture has been carefully shaped over the past 15 years.

Throughout the 1990s, the UN developed a significant institutional apparatus to provide humanitarian aid through the creation of the Department for Humanitarian Affairs in 1992, later renamed OCHA, all the while creating an illusion of a centralised, efficient aid system. In 2005, after the Asian tsunami, the system received another facelift with the creation of a rapid emergency funding mechanism (CERF), and the "cluster" system was developed to improve aid efforts.

The aid landscape today is filled with cluster systems for areas such as health, shelter, and water and sanitation, which unrealistically try to bring aid organisations – large and small, and with varying capacities – under a single banner. Since the earthquake, the UN health cluster alone has had 420 participating organisations in Haiti.

Instead of providing the technical support that many NGOs could benefit from, these clusters, at best, seem capable of only passing basic information and delivering few concrete results during a fast-moving emergency. Underscoring the current system's dysfunction, I witnessed the Haitian president, René Préval, personally chairing a health cluster meeting in a last-ditch effort to jump-start the cholera response.

Co-ordination of aid organisations may sound good to government donors seeking political influence. In Haiti, though, the system is legitimising NGOs that claim responsibility for health, sanitation or other areas in a specific zone, but then do not have the capacity or know-how to carry out the necessary work. As a result, people's needs go unmet.

While co-ordination is important, it should not be an end in itself. It must be based on reality and oriented towards action to ensure that needs are covered.

In Haiti, the cholera outbreak will continue to claim lives for the foreseeable future. What is clear, though, is that the aid community at large has failed to prevent unnecessary deaths, in a population already so tragically affected by one catastrophe after another.

This Opinion piece was first published in The Guardian's Comment is Free section.