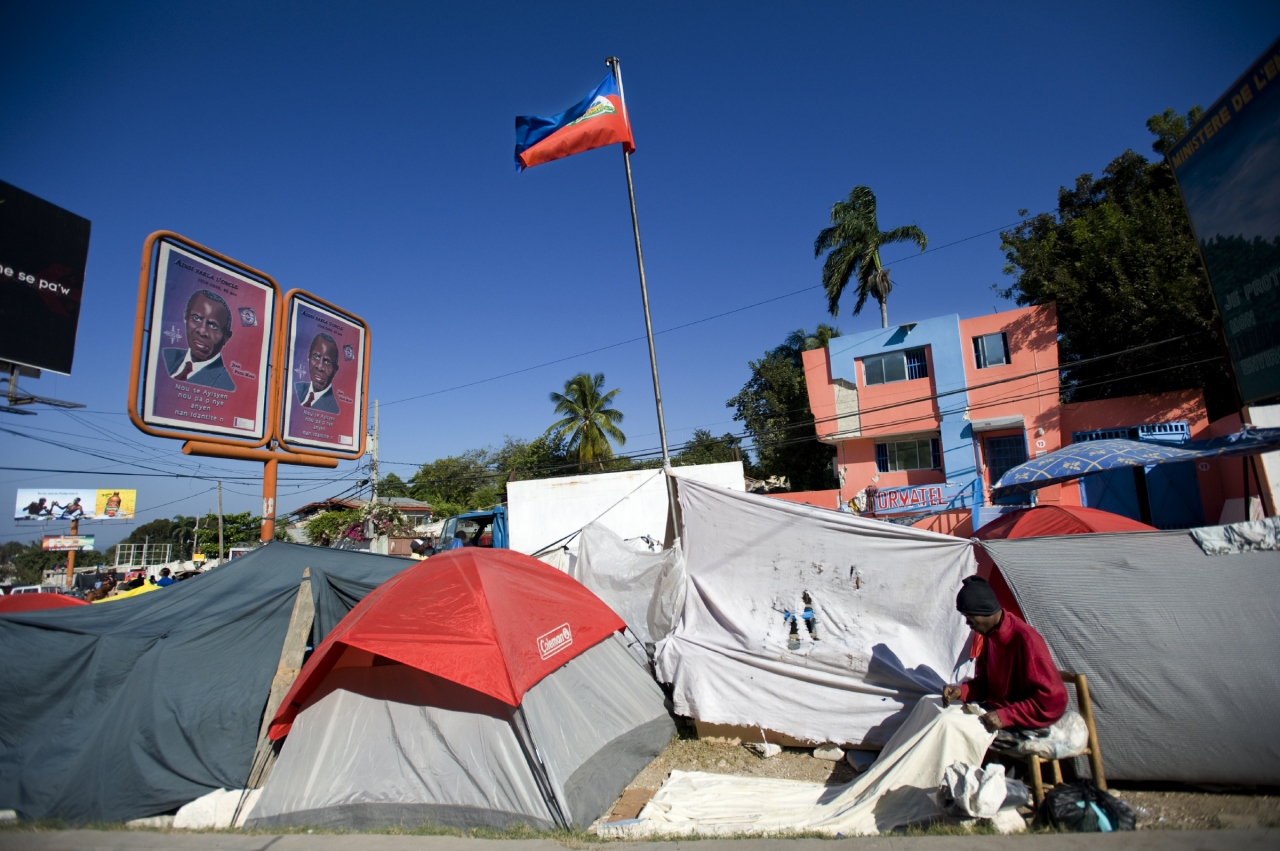 Colette Gadenne, who has been managing MSF activities in Haiti over the last few weeks, and Christopher Stokes, General Director of MSF in Brussels, have recently returned from Haiti. Almost two months after the terrible earthquake, they give their views on the situation and highlight "broadly insufficient" aid on the ground.

What is the situation on the ground today?

Christopher Stokes: Despite the extensive international mobilisation, the mountains of funds collected throughout the world and the hundreds of aid organisations on site today, we can see that the response in real terms is broadly insufficient when faced with the size of the catastrophe and the needs of the population. Of course, a lot has been done by aid organisations, particularly in terms of medical care and emergency aid. But for a large percentage of Haitians, some two months after the earthquake, it must be said that this solidarity has not always been reflected in actual aid on the ground, mainly in terms of shelter and sanitation.

Colette Gadenne: In Port-au-Prince and outside the city, I visited numerous sites where homeless people have found shelter. There are around 20 sites, the largest of which have received material assistance – tents, tarpaulins, toilet facilities, water, food, etc. – and basic medical assistance. The assistance given to these sites is incomplete, and there are dozens of other sites which still lack even the most elementary aid. Thousands of Haitians have still not seen any aid.

Can you describe their living conditions?

CG: It is very shocking. The conditions in which thousands of people are surviving today are shameful. In assembly areas, there is such overcrowding that people are literally living on top of each other. We have seen people sleeping on the ground, with only a bed sheet hanging over their head for shelter. People have lost everything and some are actually being forced to buy plastic sheeting themselves. Such a situation cannot be tolerated. What's more, first heavy rains is have started now flooding the country on an almost daily basis. The smells are incredibly bad, since several sites do not have toilet facilities. The lack of shelter and the hygiene conditions represent a danger not only in terms of public health, but they are also an intolerable breach of the human dignity of all these people.

CS: Today, we can make an observation: the immense needs in terms of shelter, hygiene and basic living conditions are not being met. For this reason, we have started to distribute 26,000 tents which will provide shelter to around 100,000 people. 7,000 have already been distributed and distributions are still going on at the moment. MSF is also distributing cooking utensils, hygiene kits (soap, basin, towel, etc.) blankets and mosquito nets for the same number of people. However, these distributions will not be enough. Humanitarian organisations must do a whole lot more, and right away.

What is the state of mind of the population?

CG: You will surely understand that the people who lived through this earthquake are still in shock. Aftershocks are still regularly shaking the country, and are disrupting the recovery of an entire population. Many have lost their homes and those who are lucky enough to still have a roof over their heads dare not spend the night there. They sleep outside, in front of their houses. There is also the fear of violence and looting. But above all else, many Haitians told me of their feeling of being abandoned. They are not really informed about what is to happen to them or what they are to receive – they do not know where to go.
What was MSF's response in medical terms?

CG: MSF first of all focused on the most urgent medical needs, which are mainly surgical. Over the first few days, it was a matter of saving lives and performing emergency surgery. 41,232 patients have been seen and 3,389 have been operated on to date. We have set up a mental health programme as well as post-operative care, physiotherapy and physical therapy. Given the serious lack of shelter and sanitation, MSF has started massive distributions of tents and relief items. But we are now reaching our limits. We hardly can do more…

Are the population's medical needs covered?

CS: Most of the seriously injured who underwent emergency operations in the days following the earthquake will benefit from ongoing medical treatment for a period of up to a year. There is still much plastic surgery or follow-up surgery to do, along with rehabilitation and preparing amputees for the fitting of a prosthesis. The Haitian healthcare system was already weak prior to the earthquake, and it is not in a position to provide the required care. Several Haitian hospital structures were destroyed or damaged. Others have already started to charge the patients who come for care. Currently, a number of medical organisations are in the process of leaving the country, and several have already asked MSF to take over care for their patients. Although it is still difficult to estimate how many thousands of patients will needs post-operative care, the lack of post-operative handling capabilities could quickly become a major problem. MSF has set up major post-operative care capabilities, amounting to over 700 beds in Port-au-Prince, Carrefour, Léogâne and Jacmel, and it is continuing to increase these capabilities. Again, this will not be enough to meet all needs. It is important that medical organisations follow through on their medical responsibility and support patients throughout their treatment.

CG: This problem of medical follow-up is worsened by the lack of shelter and the deplorable living conditions. The two are linked. When visiting homeless people's sites, I saw people suffering from serious injuries who were living in atrocious conditions. A young man of 26 for instance, who was operated on in a clinic, is wearing an external fixator (a metal structure embedded in the bone through the skin to reduce a fracture). His state of health requires hospital monitoring, but he is monitored only by an outpatient clinic and lives in a small tent in the mud. In such conditions, there is a major risk of infection. In the Sarthe district, in Port-au-Prince, for example, we are setting up a medicalised village so we can welcome patients and their families in decent conditions.

Is rebuilding now on the horizon?

CS: We are in a pivotal period. The first acute emergency phase is over. At the same time, the international community is discussing the crucial subject of rebuilding. But it will take months, even years, before this rebuilding occurs in real terms. On the ground, there is still an emergency situation. The intolerable situation in which tens of thousands of Haitians are living requires a mobilisation of international aid in the short term too. In terms of shelters and living conditions, needs have been identified. A plan exists to provide shelters to around one million Haitians but this does not mean anything in real terms for the moment, and is likely to take a long time. Results on the ground are needed: shelters, better hygiene conditions, a clear commitment in terms of health and medical care. Haitians’ essential needs must not be forgotten during this transitional period.

CG: Around 10 days ago, a Haitian colleague asked me, in tears: "What are we going to do with this country? There are so many amputees, and injured". At that moment, I truly realised that we were going to stay for a long time to come.

Click here for more on MSF's response in Haiti