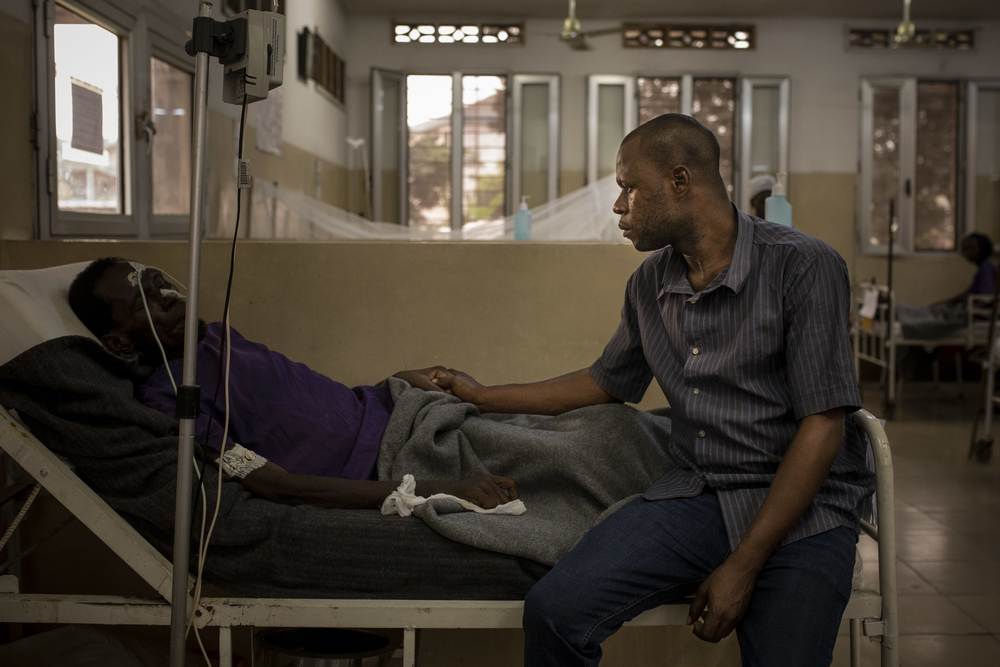 After a decade of strong commitments to fight the twin epidemics of HIV and tuberculosis (TB), a decline in international funding and the rapid shifting of the financial burden to affected countries is in danger of reversing lifesaving gains and causing an ‘epidemic rebound’ in some countries, warns a new report released by Médecins Sans Frontières/ Doctors Without Borders (MSF) ahead of the Global Fund’s replenishment conference in Lyon, France, from 9-10 October.

First decline in a decade

The goal of ending HIV and TB is still far from being achieved: together the diseases still kill upwards of two million people each year. Despite this, donor and domestic funding for HIV programmes declined in 2018 for the first time in more than a decade, falling by US$1 billion in low and middle-income countries, while the funding gap for TB programmes widened further, reaching US$3.5 billion per year, according to UN figures.

“This recent downward trajectory in funding comes at a critical juncture for the HIV and TB response,” says Dr Mit Philips, one of the contributing authors of the report. “While gains made in countries such as Mozambique are at significant risk of backtracking, there is an even higher risk that countries in regions such as West and Central Africa, which are already lagging behind in the HIV and TB response, may see the situation deteriorate even further.”

Based on studies in nine countries* where MSF runs HIV and TB programmes, the report Burden sharing, not burden shifting documents how international funding shortfalls and insufficient domestic resources available are already causing wide-ranging gaps in HIV and TB diagnosis, prevention and care services. They are also causing stockouts of essential medicines and are threatening programmes that target people with specific needs, such as key populations (men having sex with men, transgender people, sex workers, people who inject drugs…), migrants and people with advanced HIV.

“Every day, MSF teams in these countries witness how patients are suffering and dying from these treatable diseases,” says Dr Maria Guevara, another of the report’s contributing authors. “The number of people on lifetime HIV treatment keeps on expanding, but the money available to support them keeps on shrinking. With not enough drugs or support services available, many people are not starting treatment on time or are forced to abandon treatment altogether. Others must dig deep into their pockets to pay for drugs so as not to interrupt their treatment. All of this contributes to increased transmission, higher mortality, more treatment failures and an even higher prevalence of drug resistance – further increasing the cost of care for HIV and TB.”

According to MSF’s report, the impact of current HIV and TB funding gaps are underestimated and likely to increase, as vulnerable countries struggle to compensate for the decline in external financial support. Even where the political will exists to contribute more, many countries are not ready to take on this responsibility in the short term.

“Some of the countries reviewed in this report – such as Democratic Republic of Congo, Guinea and Mozambique – are struggling with conflict or political and economic problems,” says Dr Philips. “Yet they are being put under pressure to swiftly mobilise additional resources for HIV and TB within restricted budgets and with insufficient donor funding. This needs a serious reality check.”

In view of the existing economic and fiscal challenges, the authors of the report call for a comprehensive assessment of countries’ real ability to increase domestic health resources in the short term, given the impact of funding shortfalls on the lives of people living with HIV and TB and the ability of health workers to care for them.

“Sharing the burden of HIV and TB funding can be positive, as it shows that everyone should contribute to an increased resource envelope,” says Dr Philips. “But this approach should be adapted to the reality in each country. Burden sharing should not lead to burden shifting. When projections of a country’s capacity to raise domestic resources turn out to be over-optimistic, this puts both health programmes and people’s lives at risk.”

“Donor countries must urgently reverse the recent decline in HIV and TB funding and adapt their approach to the challenges facing their partner countries, now and in the coming years,” says Dr Guevara. “Failing to fix this will undermine past achievements and may lead to an epidemic rebound that will cost many lives. The Global Fund replenishment conference should mark a crucial moment in mobilising the necessary resources to prevent the response from veering further off track.”