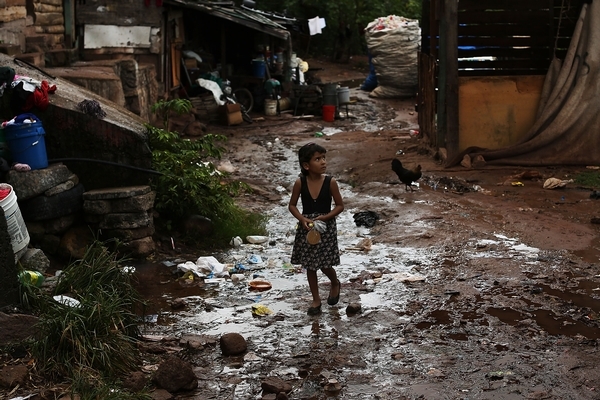 Honduras: An Epidemic of Urban Violence

In Tegucigalpa, the capital of Honduras, Médecins Sans Frontières/Doctors Without Borders (MSF) is providing assistance to vulnerable populations who face extreme levels of violence and lack access to health care. Jump to video

At first glance, the streets of Tegucigalpa seem calm. However, Honduras's homicide rate is the highest in the world. This frightening statistic is largely due to drug trafficking.

Most of the cocaine consumed in the United States is transported through this region.  Gangs involved in the drug trade extort businesses, terrorize the population, and engage in vicious turf wars.

MSF is providing medical care to the victims of this "epidemic of violence," as MSF's Javier Rio Navarro describes it. He conducted the preliminary survey on exposure to violence in Tegucigalpa's streets. Here, "violence is the main strategy for solving any problem, whether it’s related to drugs or not," he says.

Spencer Platt/Getty Images
Young people under 18 who live or subsist on the streets pay a particularly high price. According to MSF's 2010 preliminary study, nearly 59 percent of these young people stated that they had experienced physical violence over the course of the previous year.

Forty-five percent reported that they were victims of sexual violence. Most of the victims rejected the idea of bringing charges against their attackers, either because they do not trust the authorities or because they consider such action pointless.

From 2005 to 2010, MSF managed a shelter for young homeless people. The humanitarian organization then expanded its activities to assist all victims of violence who lack access to emergency medical care.

This includes the street population, which is most vulnerable to violence, as well as residents of neighbourhoods controlled by gangs.

Since late March 2011, an MSF team has been crisscrossing the streets in the most violent, impoverished neighbourhoods every day.

The team seeks out people living or subsisting on the street who lack access to, or the energy and willpower to seek out, medical care. Most are addicted to solvents, cocaine, crack, or alcohol. They subsist by sorting or recycling waste or by selling drugs or their bodies.

More than a year after launching these activities, the MSF volunteers felt they had achieved an initial measure of success. "We won the trust of the street people and managed to convince them to seek treatment," says Dr. Gustavo Fernandez, who oversees MSF's programmes in Honduras and has just returned from a site visit. "That's huge progress."

MSF works in an area with 95,000 inhabitants. According to estimates, approximately 9,000 of them are victims of violence.

In the street, the doctors diagnose the people they meet and provide first aid, such as sutures and bandages for wounds. Psychologists provide counselling and stand ready to listen to what the people have to say.

Others with more serious or chronic health problems are referred to four health care facilities where MSF works, where MSF doctors and psychologists provide additional medical care for physical, sexual, and psychological violence and support patients throughout their treatment.

Spencer Platt/Getty Images
However, when MSF works with the most serious cases that require emergency care, the humanitarian organization must confront the weaknesses of the Honduran health care system.

Ambulances no longer enter the most dangerous neighbourhoods and Tegucigalpa's only public emergency room in is completely overwhelmed.

Some health centers have closed because they cannot pay the "taxes" the gangs demand and employees leave because the facilities cannot ensure their safety.

There is virtually no system to treat victims of sexual violence. The country does not have a national treatment protocol and the morning-after pill has been prohibited since 2009. Patients do not seek treatment, for fear of the police and their aggressor.

Doctors are required to notify the criminal justice system of all cases, which also discourages patients from seeking immediate treatment, which prevent infection from HIV/AIDS and other sexually-transmitted diseases.

From January to September 2012, MSF's multi-disciplinary mobile team conducted 4,500 medical visits on the streets of Tegucigalpa, including 850 mental health consultations. Approximately 600 victims of violence were identified and treated or referred, including 68 victims of sexual violence.