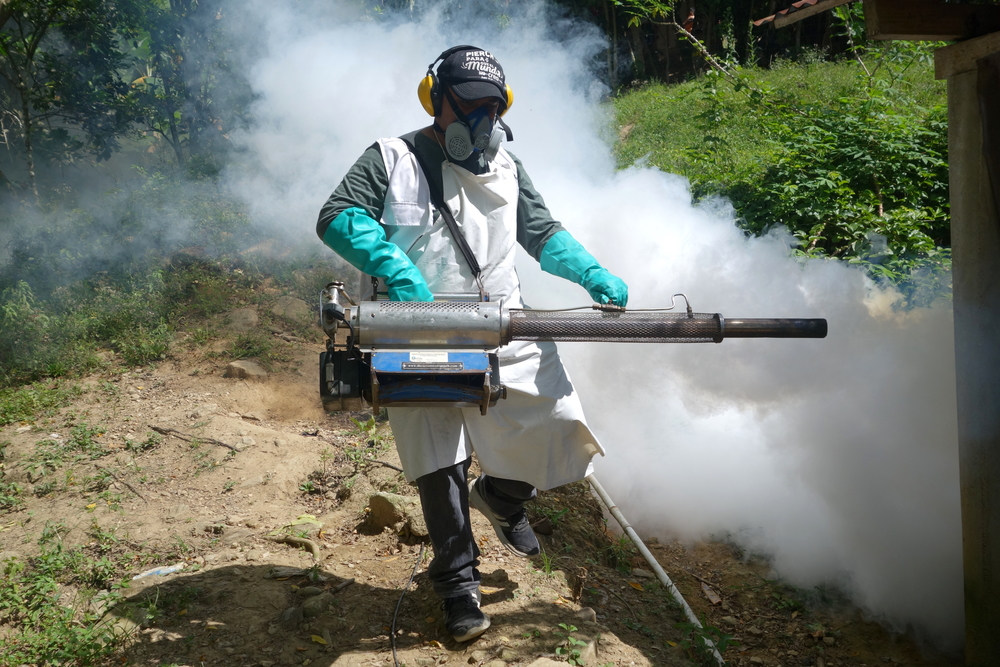 Following a prolonged rainy season, Honduras is seeing a sharp increase in cases of dengue fever – a disease spread by mosquitoes which breed in stagnant water. To help bring the epidemic under control, MSF is supporting the Mario Catarino Rivas Hospital in San Pedro Sula, the second largest city in the country.

Untreated, severe dengue can cause life-threatening complications and it is particularly risky for children. Since the beginning of this year, 12 people have died from the disease at the Mario Catarino Rivas Hospital in San Pedro Sula. Across the north of the country, 789 people have been treated for severe dengue, 81 % of them are under 15 years old, and 94.5 % are from the Cortes Department.

“Forty-six percent of patients with severe dengue seen in the Mario Catarino Rivas hospital this year were between five and 14 years old,” says MSF regional medical coordinator Dr Tania Marin. “These type of cases, have a high risk of suffering complications and even death if they don’t receive proper and timely attention.”

MSF is supporting the hospital’s Dengue pediatric ward, specially opened in response to the epidemic by providing pediatricians, nurses, drugs and medical equipment for patients with severe dengue.

Since many of the cases treated come from the Choloma area, MSF also started supporting the Choloma Municipality and the Honduras Ministry of Health to run vector control activities in two sectors of the Municipality, in order to contain the spread of the epidemic in this area.

Dengue is principally found in urban and semi-urban areas of tropical and subtropical regions. The disease is endemic in Honduras and epidemics occur every four to five years. Previous outbreaks happened in 2015 in Tegucigalpa, when MSF supported the response of health authorities in the University Hospital, and in 2013 in San Pedro Sula, when MSF also provided support to the Mario Catarino Rivas Hospital.

In Honduras, MSF teams offer comprehensive care to victims of violence and sexual violence in different health facilities and in the Emergency Department of the main University Hospital of Tegucigalpa; and in Nueva Capital, a neighborhood made up mainly of internally displaced people, on the outskirts of the city, teams offer primary health care, including psychosocial support for victims of violence at community level. In Choloma, a rapidly expanding city in northern Honduras, MSF works at a Mother and Child Clinic supporting the Ministry of Health in the provision of family planning services, ante- and postnatal consultations, deliveries, social work, health promotion services and psychosocial support to victims of violence, including victims of sexual violence.