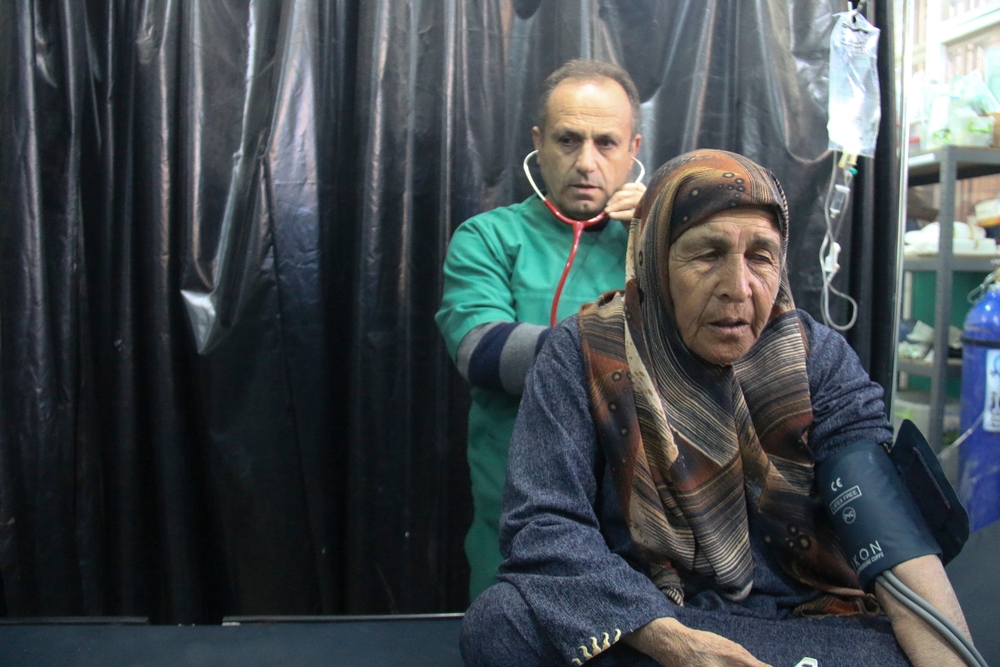 Relentless targeting of medical facilities throughout the on-going Syrian conflict has resulted in the loss of life of both MSF's patients and staff.

The continuing trend of bombing civilian areas is a direct violation of international humanitarian law. In the past 12 months, eight of MSF's facilities in Syria have been targeted despite GPS co-ordinates being widely shared with both sides of the conflict.

MSF supports eight hospitals in Aleppo city, runs six medical facilities across northern Syria and supports more than 150 health centers and hospitals across the country, many of which are in besieged areas.

Below is a timeline of attacks on MSF run or supported medical facilities across Syria in the past 12 months.

On 28 September, 2016, two surgical hospitals in east Aleppo were bombed, killing two people, and leaving only two medical facilities with surgical capacity open to an area that covers 250,000 people. Remaining hospitals in the city also report a sharp increase of wounded following days of heavy bombing.

On 8 August, 2016, an MSF-supported hospital specialising in paediatrics was destroyed by aerial bombings in Millis town, Idlib, Syria, killing four hospital staff and nine others - including five children and two women.

On 28 April, 2016, the MSF-supported Al Quds hospital in the northern Syrian city of Aleppo was destroyed by an airstrike which directly hit the building, killing 14 patients and staff. The death toll rose to 50 people following the bombing of the hospital itself and nearby areas.

On 15 February, 2016, the MSF-supported hospital in Ma’arat Al Numan was hit by four missiles in two attacks within a few minutes of each other, killing 25 people including nine members of staff and sixteen visitors to the hospital.

MSF
The MSF-supported hospital in Ma’arat Al Numan after it was attacked and destroyed. At least 25 people were killed, including nine staff members. The 30-bed hospital had 54 staff, two operating theatres, an outpatient department and an emergency room. The outpatient department treated around 1500 people a month, the ER carried out an average of 1,100 consultations a month, and around 140 operations a month, mainly orthopaedic and general surgery, were carried out in the operating theatres

On 9 February, 2016, airstrikes targeting an MSF-supported hospital in Dara’a governorate, southern Syria, killed three people and wounded at least six, including a nurse. In fear for their lives, more than 20,000 people from Tafas town fled to the surrounding countryside.

On 28 November, 2015, a double-tap barrel bomb attack on the MSF-supported Al Zafarana hospital in in a besieged zone in northern Homs governorate, Syria, killed seven and wounded 47 people. Half of the wounded were children under 15-years-old.

On 5 May, 2016, the main hospital in Aleppo stopped activities after being targeted. Bombed consecutively in one week, the Al Sakhour hospital was one of only two existing hospitals in the area  at the time providing life-saving operations to an estimated population of 400,000 people.