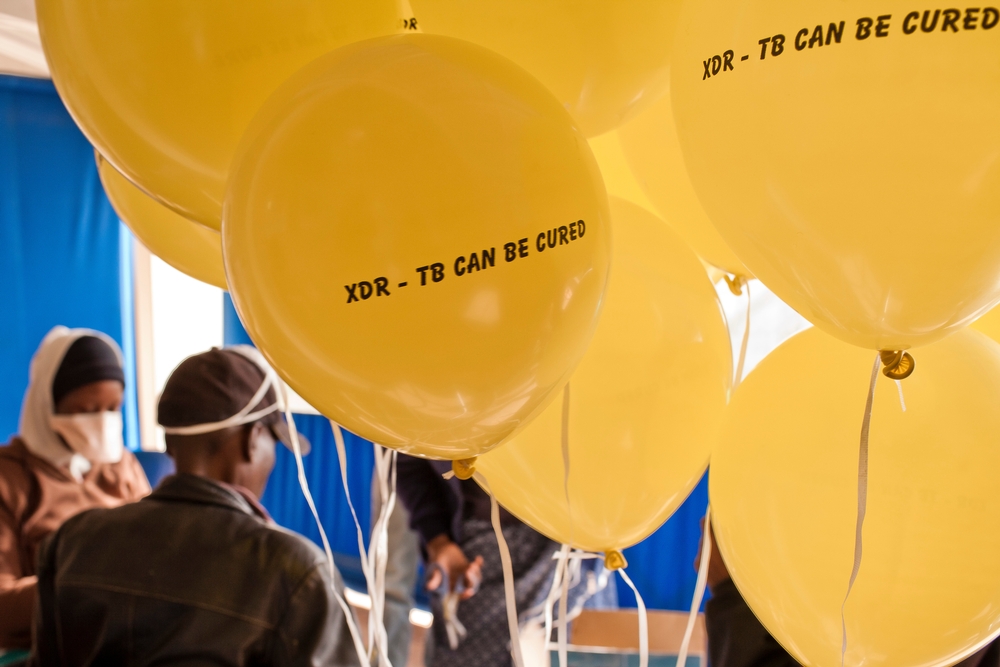 "I can’t bear to look into someone’s eyes and tell them they will probably die" Doctor Jennifer Hughes for thejournal.ie

MY ROLE AS a doctor is to make it possible for Andile to play football again.He used to train three times a week in Khayelitsha, one of the largest townships in South Africa – miles and miles of little box-like brick houses interspaced with tin shacks on the edge of Cape Town.

As he puts it, he was the type of player who doesn’t waste himself running aimlessly after the ball; he, rather, analysed the game to make decisive passes that led his team to a victory. But today, what Andile wishes above all is to be able to run, even aimlessly – to feel his heart beat hard against his chest, to feel his lungs explode from the hard-won efforts of playing a game.

But he can’t walk 10 metres without having to bend over to catch his breath. His lungs are so weak that he can’t even laugh. Tuberculosis has devoured them.

One of humankind’s most vicious enemies

TB is a very old disease. It used to be called phthisis, or consumption, and killed George Orwell and Anton Chekhov, Franz Kafka and John Keats, Simon Bolivar and Frédéric Chopin. Even today, TB kills 1.5 million people every year and ranks right behind HIV as the largest infectious killer worldwide. But since it all but disappeared in most of the richest parts of the world half a century ago, developments in new TB treatments ground to a halt. This has allowed plenty of time for one of humankind’s most vicious enemies to develop ways to beat the defences that were engineered to fight it.

Today, nearly half a million people across the globe are infected by strains of tuberculosis against which existing drugs are powerless. In South Africa, the country where I work, 15,000 people were diagnosed as having drug-resistant TB in 2012. The huge majority of them (up to 80 per cent) caught it by unknowingly breathing it.

When they become ill they come see me, their doctor, asking that I fix them. At those moments, I wish I had chosen to become a school teacher or a city planner or an engineer – surely these are able to make a bigger difference in people’s lives than me.

Because as a doctor, what am I to tell my patients? That yes, we just celebrated the cure of 30-year old Siyabulela, but that he is only my fourth patient to beat extensively drug resistant tuberculosis (XDR-TB), a disease that jumps to its next victim every time someone infected sneezes. The three other people who started the same treatment for the same disease at the same time are long dead.

Their survival is down to the roll of a dice

I can’t bear having to look someone in the eyes and tell them that I cannot give them better odds of survival than a roll of a dice. Roll a six, you’ll live. If not, you’ll be dead within two years. In South Africa, only 13 per cent of XDR-TB patients get cured with the current treatment regimen.

And then I have to tell them, in order to try for that slim shot at survival, you’ll have to endure a harrowing two years of treatment. For at least the first six months, you’ll get daily injections that hurt so much that you can’t sit down – and the very same drugs we’ll be injecting you with could also make you permanently deaf. My arsenal with which to tackle drug-resistant TB is so limited that another drug that I may be forced to prescribe might make you lose your mind, and bring on such acute psychotic episodes that you will be a danger to yourself.

But, I have to explain to my patients, you’ll only know in two years if it was all worth it – that is, if you drew a six when you rolled that dice.

They see my white doctor’s coat as a lifejacket

We need a brand new treatment regimen against TB. Treatment that actually works. Treatment that hasn’t been dredged up from the Dark Ages of modern medicine and re-used because, well, it’s better than nothing.

But there is some hope on the horizon. For the first time in 50 years, new drugs are being developed to treat TB. They represent great strides forward, but they can’t be used in isolation. TB is so powerful that you need a full cocktail of drugs to beat it. The only way to catch up to the new face of this old disease is to find new combinations of drugs that are simple, accessible and more tolerable than current treatment and can be implemented rapidly in countries where DR-TB is rife.

But by the time that dream is realised – in five, seven, 10 years? – 80 per cent of the patients I see every day, who see my white doctor’s coat as a lifejacket, will be dead and gone, forgotten by all but their devastated families in the poorest corners of the planet.

We need governments, donors, pharmaceutical firms and research organisations to walk the extra mile, to help deliver new, shorter and more effective treatment combinations – giving people a chance at a cure, a chance at a life.

You can show your support for this campaign by signing MSF’s “Test Me, Treat Me” DR-TB manifesto – developed by patients and doctors – here: msfaccess.org/tbmanifesto. The petition calls for universal access to DR-TB testing and treatment, better treatment regimens and adequate funding for these programmes.

Please! Those of you who may have the power to turn this crisis around: save today the lives that otherwise will be lost by tomorrow.

Dr Jennifer Hughes is a medical officer working for MSF in Khayelitsha, in collaboration with Department of Health and local stakeholders, to address the epidemic of drug-resistant tuberculosis. She trained in the UK but worked in the Eastern Cape of South Africa for two years before joining MSF in Khayelitsha four years ago.