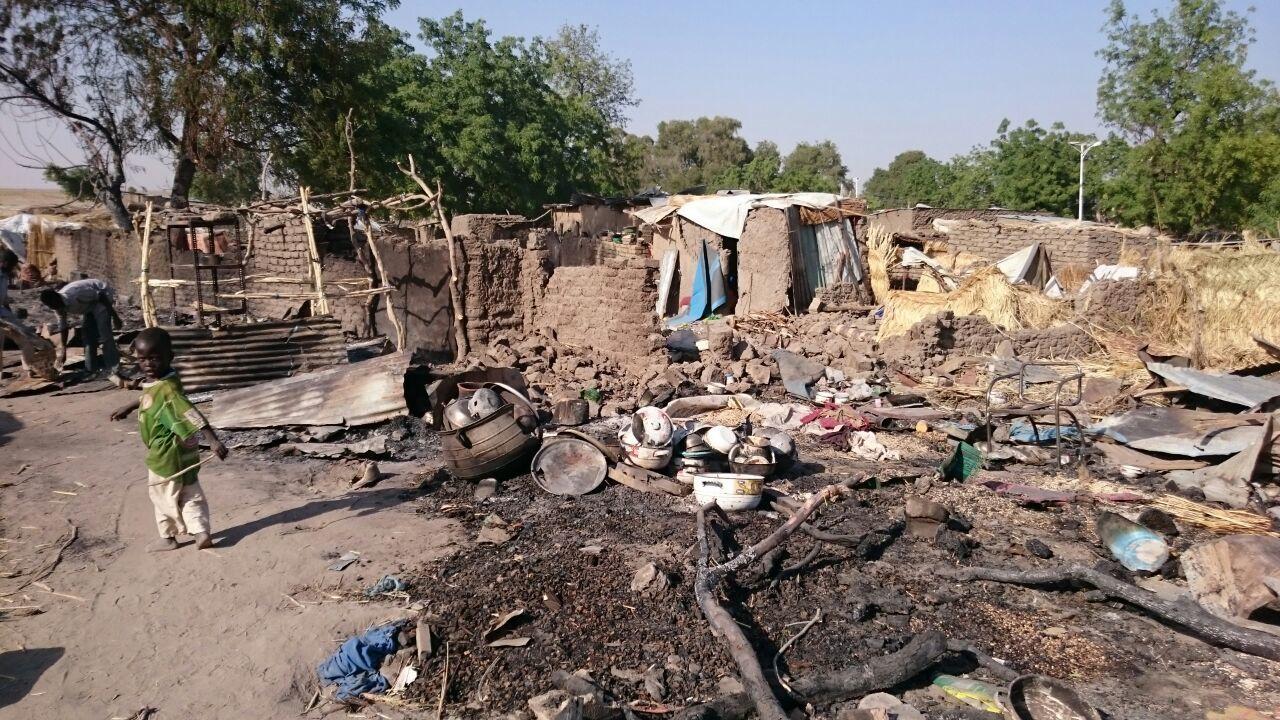 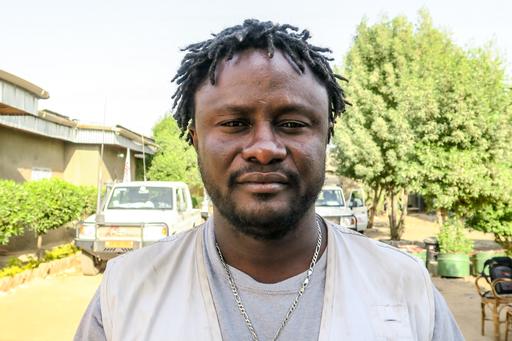 “I can’t find the words to describe what I saw in Rann, Nigeria.”

Alfred Davies is an MSF Field Coordinator in Nigeria. He was in Rann when the aerial attack occurred, and in the hours that followed. Here is what he witnessed:

The first bomb fell at 12.30pm and landed just a few metres away from the Red Cross office. The plane circled back around and it dropped the second bomb five minutes later. I immediately called the rest of the team on the radio and they reassured me that luckily none of them had been injured. We met up at the tents we had erected a few days earlier.

Dozens of wounded began to pour in, and the flow of people continued for hours.There are no words to describe the chaos. Some people had broken bones and torn flesh; their intestines hanging down to the floor. I saw the bodies of children that had been cut in two.

"We found small metal slivers on the bodies. What I saw was indescribable. In the space of one hour, we counted 52 dead."​
Dr alfred daviesMSF FIELD COORDINATOR, NIGERIA​

The tents were strewn with wounded, and there was barely any room to move. Many people were outside, lying on mats under the trees.
There was only one doctor and one nurse in our team, but each of us did what we could. Even the drivers helped us. We also had support from the Red Cross staff and military nurses. 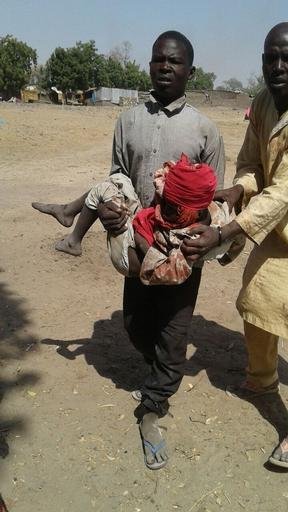 MSF
MSF teams have seen 120 wounded and at least 50 dead following the bombing.
I did not see the plane and I don’t know exactly what type of bomb it was.

We found small metal slivers on the bodies. What I saw was indescribable. In the space of one hour, we counted 52 dead.

I think that our distributions of essential items such as mats and blankets saved a lot of people. Because they were queuing to collect them at the time of the attack, they were not in the town centre and escaped the bombs.

The hardest thing for our team is the frustration at not having had enough resources or medical equipment to save more of the wounded. A dozen people died in front of our eyes without receiving the urgent medical care they so badly needed.

There used to be a hospital in Rann but it was damaged by fire last year and is not functional. The town was left with no medical facilities.

After months of trying to access this highly insecure area, MSF finally arrived on 14 January. We found that the people living in Rann had nothing. The week before we got there it was reported that 21 people had died of causes linked to malnutrition. 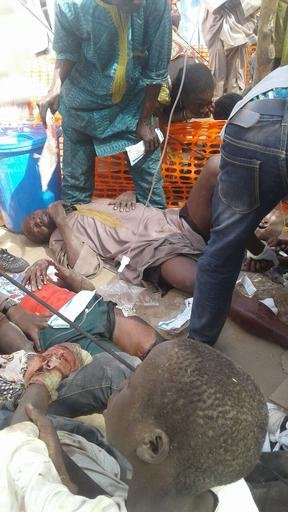 The reason we were in Rann was very clear – we were there to evaluate people’s nutritional status and assess their needs, including if they had access to enough safe water.

Whilst there, we vaccinated children aged between six months and 15 years and distributed essential items.

We had to leave the tents at 6 pm for security reasons. It was very hard for us to leave our patients, but the Red Cross team had already started to relieve the pressure on us and to take over.

When I had a moment to myself, I went to the cemetery where the burials had already started.  There were 30 new graves - sometimes mothers and their young children were buried in the same hole. It's a tragedy.

I also visited the area where the bombs hit. They had been dropped on houses. It’s incomprehensible. I recognised the body of a mother who had been at the MSF distribution that morning. Her twins had been given packets of therapeutic food paste as they were suffering from malnutrition. Now I saw them crying, pressing themselves against her inert body.I can’t find the words.

What allows us to carry on after this terrible and traumatising experience is knowing that we did everything we could despite not having enough resources.

Three people from a private firm hired by MSF to provide water and sanitation services in the camp died in the bombing, and another was injured.

MSF
Bodies lay in a makeshift cemetery after the Nigerian military bombed an internally displaced persons camp in Rann, Nigeria.

This is very hard for our team because we worked very closely with them.

All we could do for them was to send their bodies back to their families.
What the survivors of the bombing have lived through is so hard, so violent

Rann was their safe haven. The army that was meant to protect them bombed them instead. We have to remain at their side.”

FIND OUT MORE ABOUT NIGERIA