“I was not like this before. When I reached this point I realised that I was breaking”

Since 1996 MSF has offered mental health consultations in the city of Hebron, in the occupied West Bank, where Palestinian civilians suffer frequent abuses such as the demolition of their homes, arbitrary detention, and systematic attacks by Israeli settlers with the tacit support of the Israeli army. As well as experiencing physical injury men, women, and particularly children suffer from significant long-term mental health impacts of these routine occurrences.

An environment of constant instability, anxiety, and stress

Rahaf, 14, has experienced severe psychosomatic symptoms such as insomnia and trembling hands for the past two years following the arrest and detention of her father and three brothers. “We were sleeping and we woke up to find them standing over our heads,” she says of the Israeli army, who have routinely raided the family home for as long as she can remember. “In one month, they raided the house twice.”

Rahaf’s breaking point came when they detained her fourth brother, Hamzeh, while he was at work. “I never thought they would take Hamzeh,” she says. “When they detained him he was at work at the gas station. There was a video recording, and we saw them beating him. We didn’t hear anything about him until they brought him home 60 days later.”

Rahaf’s is a familiar story. Palestinians across the West Bank, and in particular in Hebron, suffer similar experiences every day. Some are persecuted by settlers wishing to establish ownership over the land, while others receive news that their home will be demolished. Some witness the demolitions, while others enter into legal battles that can last years. Together, these experiences create an environment of constant instability, anxiety, and stress, which can take a serious toll on mental health. 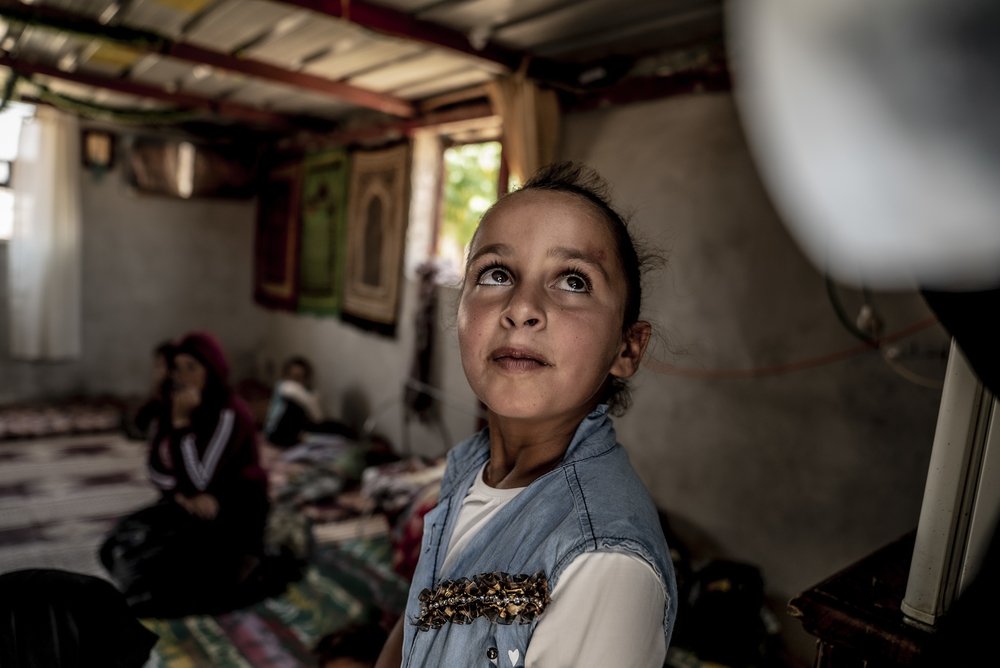 Mother-of-six Raghda is familiar with this toll. She has been fighting a demolition order issued for the house that she shares with two of her children for the past 11 years, and finally sought psychological help from MSF in 2014, when her then 12-year-old son was detained by the Israeli military and imprisoned for 6 months. She breaks down in tears as she recounts this episode, describing the impact that it had on her and her children.

"They feel all the time that their lives are threatened, they have no vision of the future, they are always frustrated and hopeless."

“I am not the kind of person who normally shows sadness, but because of everything I went through I began to cry in front of them. I was not like this before. When I reached this point I recognised that I was breaking. I am not an aggressive person who hits children, so I started to break plates and glasses. I felt that I was letting my anger out by breaking these things, instead of hurting my children or myself.”

The mental health issues that arise in response to traumatic events like those suffered by Ragha can lead to a prolonged sense of frustration which, in turn, can result in familial or community breakdown. In Hebron, MSF works to counter the worst impacts of mental health issues connected to the occupation by offering free psychological support by trained mental health workers to those who present with symptoms such as nightmares or trembling.

Abu Firas is one of the MSF psychosocial workers in Hebron who supports families showing symptoms of mental health issues. He has worked at the Hebron project with MSF for nearly 20 years. “You can imagine what the response of a mother or a father might be when they witness the demolition of their house, which they previously considered a safe area. In these cases, people suffer from stress, anxiety, sleeping problems; they feel all the time that their lives are threatened, they have no vision of the future, they are always frustrated and hopeless,” he says. “Our role is to try our best to help them and to introduce them to the resources they have, in order for them to be able to continue their lives normally. Some of them returned back to their universities, schools, work, some of them were able to return back to their work and some of them were able to support their families. For me this is an achievement.”

In their own voice 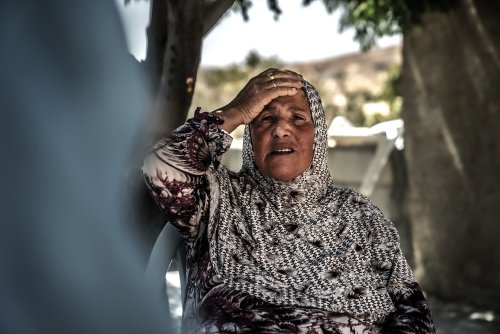 Juan Carlos Tomasi
A mother and grandmother living in Beit Ummar, has been coping with attacks and harassment from nearby settlers, who wish to establish ownership over the land, for years. This has resulted in long-term mental health issues for her and her family. “They raid the houses,” she says. “They assault our children and the men. We are scared. They throw stones at us and they come at night. We suffer from depression and fear. Any normal person would suffer from fear and depression in this kind of situation. What can I say? We face a lot of problems. If you wanted me to tell you all our problems, we would not stop talking day or night.” She has had two heart attacks since the settlers began attacking. 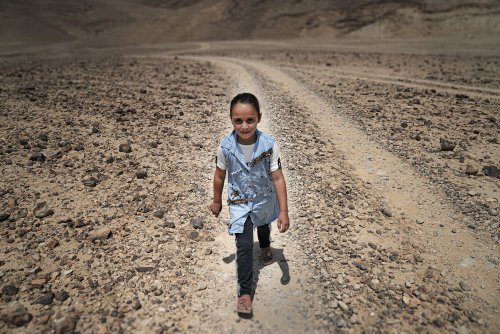 Juan Carlos Tomasi
Itab, 9, was injured in a landmine explosion in the Minya area, close to the West Bank city of Hebron. Unexploded ordnance left by Israeli forces undertaking training in the desert has killed and injured dozens of people, including children.

Her father, Nahar, says, "I was sitting in my home awake around 4pm when I heard the sound of an explosion. The whole earth was shaking. When I heard the sound of the explosion I got in the car and I rushed towards it. I almost crashed the car because I was in such a hurry. When I got there I found the kids bloodied, injured and crying. Itab was injured in the area around the eye and close to her ear. She also had injuries inside the eye and in her legs and arms. Shrapnel injuries. Some of them were removed but some of them had to stay there.

Afterwards, when the kids slept, they would have nightmares because of the power of the explosion and the shock that they received. When a child sees something like this, of course he will keep dreaming about the incident. That’s the reality. After the explosion, Itab is not like before. She was laughing and playing before, but now her psychological situation is not ok.”

The effects of this type of violence are far-reaching and leave very few people untouched, with children in particular vulnerable to long-term mental health issues as a result of witnessing or suffering traumatic events. Between February and July 2019, MSF reached 8145 people with mental health services, of whom more than 60% were children.  The project continues to expand, seeking to provide services to as many of those affected as possible.

OUR WORK IN OCCUPIED PALESTINIAN TERRITORY >