Between 2014 and 2018, improved access to testing and treatment, and a higher quality of care significantly reduced the percentage of the population living with HIV in Ndhiwa sub-county, Homa Bay county, Kenya, according to a study by medical humanitarian organisation Médecins Sans Frontières (MSF)/Epicentre.

The study, called Ndhiwa HIV Impact on Population Survey 2 (NHIPS 2), found that, by 2018, 93 per cent of the sub-county’s population knew their HIV status (up from 59 per cent according to a 2012 survey) and 97 per cent of HIV-positive people were receiving ART treatment (up from 68%).

Ninety-five per cent of people receiving ART had completely suppressed the virus, 11 per cent more than in 2012. The NHIPS 2 study confirmed that the 2020 targets set by UNAIDS to bring the global HIV epidemic under control had been met and exceeded two years early in Ndhiwa sub-county. 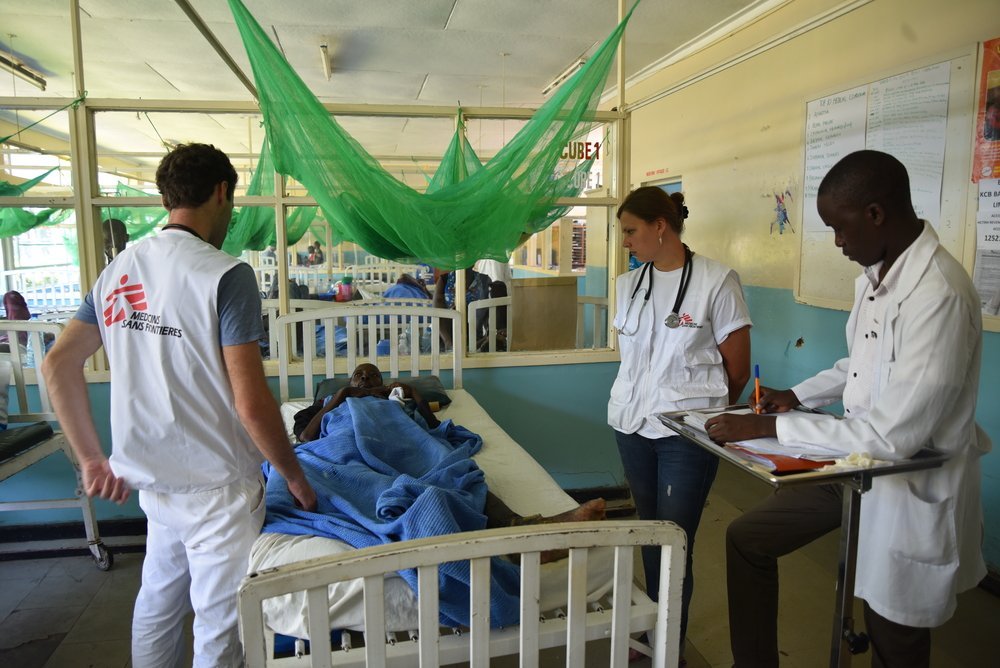 For many years Ndhiwa sub-county had one of the highest HIV prevalence rates (the proportion of the population infected with the virus) in Kenya and across Africa. A survey in 2012 highlighted that improvements were needed in all areas of care, prompting MSF and its partners to completely rethink their approach to HIV care in the field.

The new approach was rolled out in 2014. Between 2014 and 2018 the prevalence rate dropped from 24 to 17 per cent. Over the same period, the percentage of new infections per year among the population at risk decreased from 1.9 to 0.7 per cent, indicating that the virus was now spreading at a slower pace. 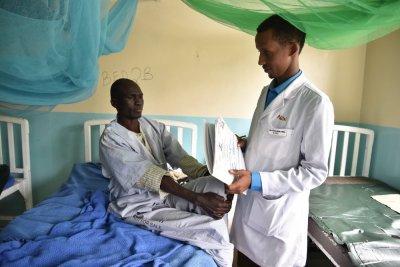 These results followed the adoption of a new scientific model of HIV care based on the concept of treatment as prevention. This was built on years of field work by MSF and its partners, including the Kenyan Ministry of Health and the Elizabeth Glaser Paediatric AIDS Foundation.

“The underlying principle is that, when your treatment is successful, the virus has been suppressed and you are unable to pass it to other people. When applied to large numbers of people, HIV treatment equals HIV prevention,” says Dr. Mohammed Musoke, MSF medical coordinator in Kenya.

“In practice, to achieve that goal, we worked to drive major improvements in the three main pillars of HIV care: increasing people’s awareness of their HIV status, maximising the number of HIV-positive people on antiretroviral therapy (ART), and increasing the number of people on ART who have successfully suppressed the virus. By working on these three steps, we aimed to reduce the rates of new infections and, over time, the presence of the disease among the population.” 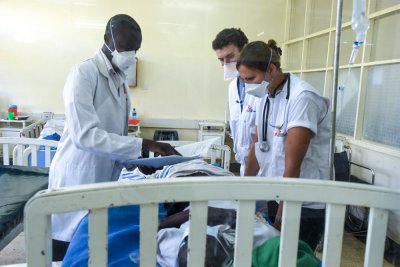 Only six per cent of the HIV-positive population could be treated in local health facilities. The main centres were highly congested and difficult to reach, and, as a result, contact with patients was often lost before or during their treatment.

A network of motorbike riders

Starting in 2014, MSF and its partners expanded and improved HIV care in smaller, rural health facilities through better staffing and more regular supplies. They also worked to strengthen the referrals of newly found HIV cases into the health care system. 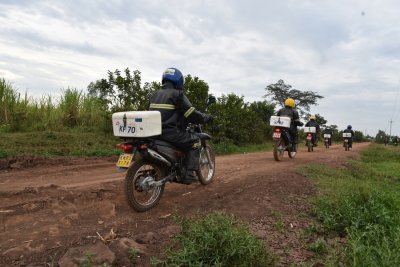 The turnaround of laboratory tests became faster and more efficient thanks to a network of motorbike riders who collected blood samples in local health centres and transported them to the nearest lab facility.

This represented a dramatic improvement from the time when patients had to travel a long way to be tested and often waited months to know the results.

“The investment in a laboratory system was a key part of the process, as medical staff rely on these tests to know what to treat, how to treat it and whether the treatment is actually working,” says Dr Musoke. “By testing at the point of care and using better equipment, results that used to take days or weeks to get back, could now be returned in an hour or less.” 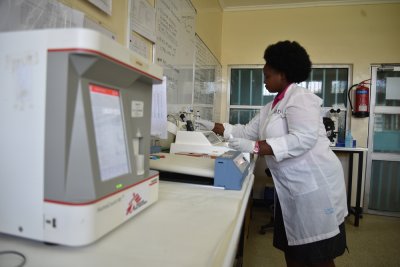 In 2016, the Kenyan Ministry of Health adopted the WHO recommendation to systematically ‘test and treat’, which has now become a cornerstone of HIV care in the region.

The approach has so far provided good cost effectiveness, but it relies on the relentless work of several partners on the ground and a major investment, without which the gains obtained over the past five years might be lost.

“While the results achieved are the best that we could expect, given the resources and the constraints, prevalence and incidence rates remain higher than the levels needed to control the HIV epidemic,” says Dr Musoke.

The fight against HIV in Ndhiwa is far from over and efforts to work on the main pillars of HIV care have to continue if these gains are to be maintained and improved on.

help us save lives: donate today >