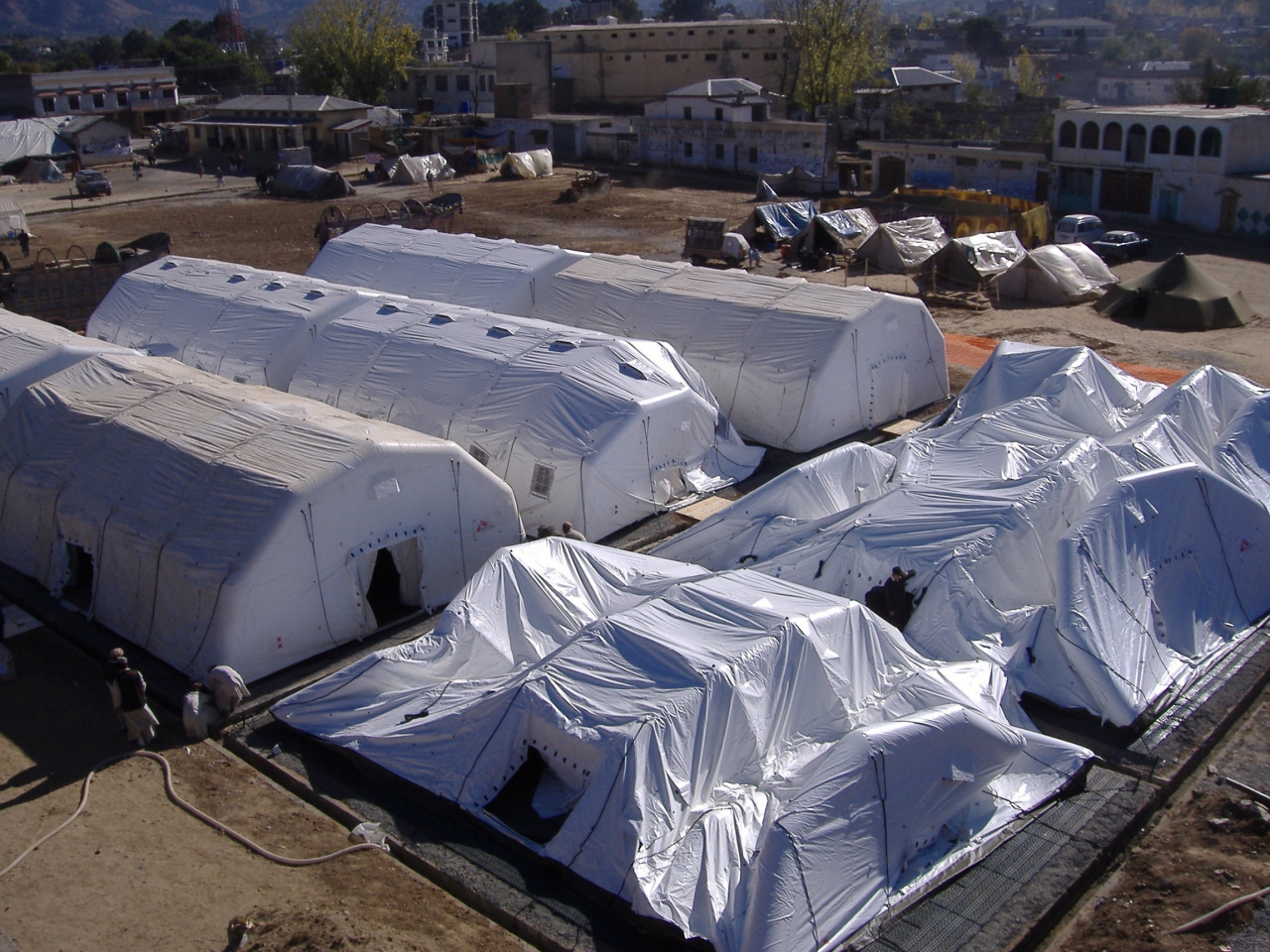 For over four years, MSF has been equipped with inflatable hospitals in which it is possible to rapidly install surgical facilities, intensive care units and hospital beds. Through the use of these structures, MSF can tailor the facilities we provide in response to emergencies to the specific needs of that situation. Dr. Mego Terzian, MSF deputy emergency coordinator explains more.

What are the primary advantages of these structures?
These structures are an intriguing alternative in the context of natural disaster or armed conflict, when existing facilities are no longer functional. We can react rapidly to care for a large number of injured people under proper hygienic conditions. So, the inflatable hospitals make it possible to mount a more effective response. Logisticians can erect the tents in 48 hours and after the emergency, they can be easily re-used for other medical services with just a few alterations.

What does the surgical unit of this temporary hospital look like?
From the outside, the hospital looks like two enormous white tents, each one measuring one hundred meters square. It is quite similar in appearance to a typical tent, with the roof resting on a structure made of inflatable tubes. The inside of these tents is arranged according to need; we often implement two operating suites in one tent and one 12-bed postoperative care unit in the second. A system of interior partitions as well as a decontamination area, with soiled equipment on one side and clean equipment on the other, guarantees proper conditions for sterilization. This is a rapidly deployable technical solution.

2005 Päkistan, Mansehra. Inflatable hospital tents are being installed in front of the district hospital

In which emergencies have these structures been used?
MSF's first use of this inflatable structure goes back to November of 2005, following the earthquake that devastated Pakistani Kashmir. During the days that followed the earthquake, thousands of injured victims streamed out of the affected region toward Mansehra, where the district hospital was severely damaged. MSF opened a temporary hospital in Mansehra measuring over 1000 m², and with a 120-bed capacity, built under nine inflatable tents. This structure, which included four operating suites, an emergency room and an intensive care unit, was erected in two weeks. This was the first time that MSF was able to establish a substantial surgical presence following an earthquake. Around 700 injured people received care in this temporary hospital in Pakistan. We have since used these tents in Indonesia and in Southern Sudan in 2006, in Yemen and Republic Democratic of Congo in 2008 and in Gaza and Sri Lanka in 2009.