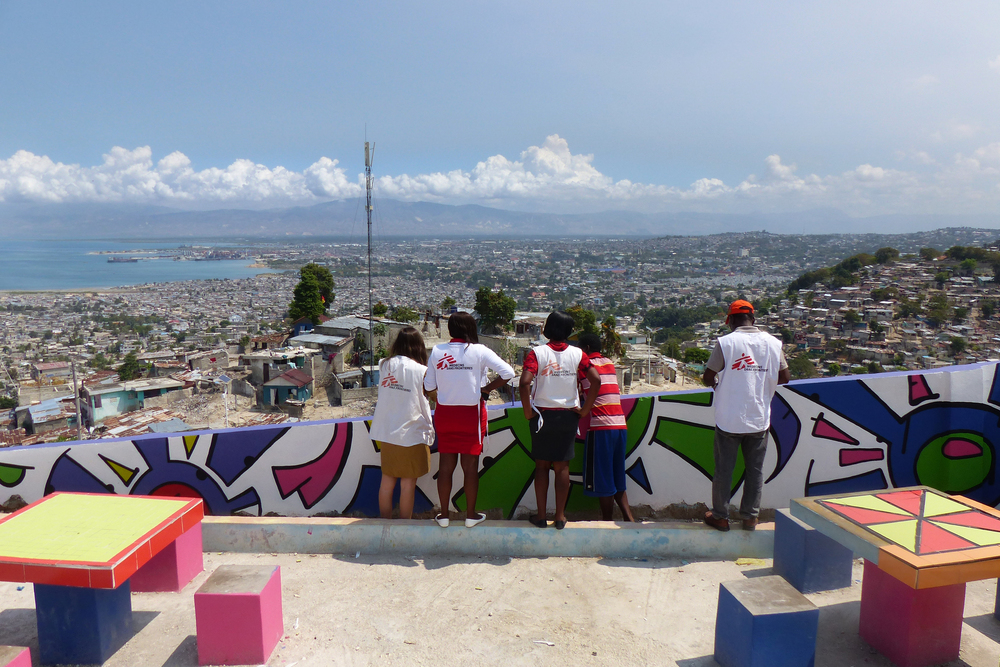 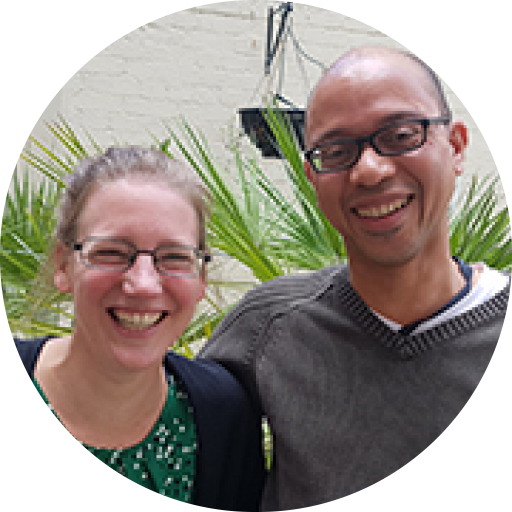 Innovation: Painting in the details with MapSwipe

Raphael Brechard and Jorieke Vyncke are mapping specialists who work in the Manson Unit - a specialist medical innovation team - based at MSF UK in London. Here, they blog about how a mobile app known as MapSwipe helped create a geographical survey of Port-au-Prince, Haiti, and the potential use of the tool in future humanitarian crises and epidemiological studies.

We use phones a lot. On average each of us checks our phone 28 times a day – that’s over 10,000 times a year. As we become busier than ever, the time we have to give the causes we care about is dwindling. Our Missing Maps team wanted to create an easy way for anyone to do good by making use of that time spent on scrolling and tapping, all from the safety and comfort of their phone.

"From responding to major disease outbreaks to disaster risk reduction, MapSwipe helps fill in the details."

Launched in 2016, MapSwipe is an app that anyone can download. It’s part of the Missing Maps Project, an initiative to provide open source maps of the parts of the world most at risk of humanitarian crises. The Mapswipe app allows users to identify the location of communities based on satellite imagery, informing field teams where people live and so putting the world’s most vulnerable people on the map.

From responding to major disease outbreaks to disaster risk reduction (identifying, assessing and reducing the risks of disaster), MapSwipe helps fill in the details.

In early 2018, an MSF team based in Haiti decided to survey local people to better understand sex and gender-based violence in the country. The number of young people – especially women and girls – who report sexual and gender-based violence is extremely high. The number of reports is highest in the packed capital city, Port-au-Prince, and its surroundings. The Haiti team wanted to undertake a ‘knowledge, attitudes and practices’ (KAP) survey. They planned to do this research in two neighbouring arrondissements (districts): Port-au-Prince and Croix des Bouquets, and five communes within those areas. The information from the survey would help the team to understand the barriers faced by survivors and to improve access to the care they need. 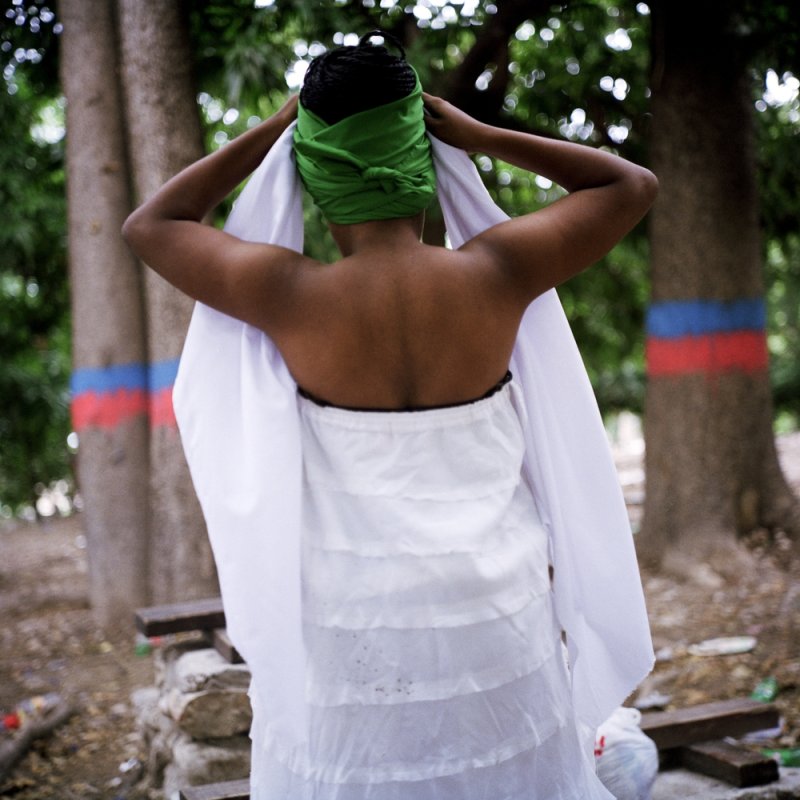 Benedicte Kurzen/Noor
Marie (name changed) was treated by MSF after a violent sexual assault in Port-au-Prince.

Missing from the map

Before they could get started, the survey team had to create a sample of households which they would visit to ask the women and girls who lived there to take part in the survey.

"Our committed users got swiping – and quickly! In five days 186 of our dedicated swipers had mapped around 1000km2. Even the MSF Haiti team got involved!"

Traditionally, field teams doing this kind of research use lists of known villages or neighbourhoods and choose samples from these lists. But if the maps on which these lists are based are out of date (like the existing maps of Port-au-Prince), this method can miss entire communities of people, which means results can be biased. It can also take a lot of time to complete.

Telling the people from the forests

To get around these problems, new software tools use satellite images and maps to randomise samples within an area.

The satellite imagery of Port-au-Prince is much more up-to-date, but the software tools can’t pick out residential areas.

All this means that if the team had relied only on this from the outset, they could potentially find themselves in the middle of a field or forest without any people to survey!

Painting between the lines

To improve this process, we thought MapSwipe could help to create a more complete picture. Satellite imagery of Port-au-Prince would give the survey team the big picture; MapSwipe users could help them tell the houses from the trees.

On 12 April 2018 we launched the mission to MapSwipe users: build a clearer picture of the city of Port-au-Prince. Our committed users got swiping – and quickly! In five days 186 of our dedicated swipers had mapped around 1000 km2. Even the MSF Haiti team got involved!

Once we had the information from Mapswipers, we created a randomised sample from populated areas.

We inputted the MapSwipe data into a software called QGIS to create a series of points within the communes. QGIS is an open-source desktop geographical information software that can create, edit, visualise, analyse and publish geospatial information. We sent this sample over to the team in Haiti who checked the points we had generated against Google Earth. The survey team discounted points in areas that they knew were inaccessible. To make sure the sample size was scientific and significant, we generated new points to replace them. 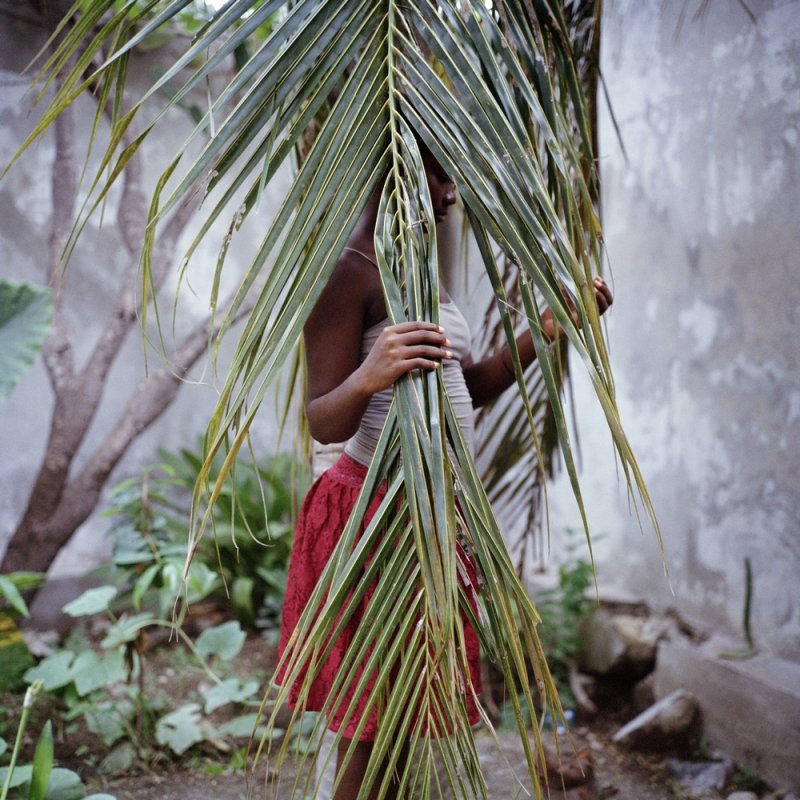 Benedicte Kurzen/Noor
Gisele (name changed) was raped by a friend of her parents. The same man had also assaulted two girls in her neighbourhood

From June until August 2018, the research team went door-to-door, surveying people to try to understand what they thought about sexual and gender-based violence and the services available to survivors. As a result of our Swipers' work, the sample of people who took part in the research was representative of the populations in the Haitian communes as a whole. The data collected was more scientifically and statistically significant than it would have been without MapSwipe.

The survey team did encounter some non-residential or abandoned buildings (something we definitely need to improve), but there were fewer than expected. These varied from industrial buildings to chicken houses!

A quick win for humanitarian aid

The sexual and gender-based violence research will inform the design of MSF services and health promotion strategy in Haiti. Using the reported data, we hope to provide survivors of sexual abuse with access to the support and care they need. MSF will work with the Haitian Ministry of Health and other relevant groups across the country to remove barriers to care for those who need it most.

"Next time you see the news and read about the latest humanitarian crisis, remember you can help, from the comfort of your living room. All you need is MapSwipe."

By improving a small part in this process, MapSwipe was an asset to the research. The app and our dedicated users improved the efficiency and quality of the KAP survey, meaning the data collected was more representative than it would have been without their efforts.

MapSwipe is nothing without its users. By downloading the app and getting involved, they make a real difference to MSF's work. Since 2016, they have mapped over 130 areas across the globe to support MSF field staff in gathering data and delivering humanitarian aid.

Thank you to our Swipers. Without your help, this would not have been possible. You are making real change happen!

Next time you see the news and read about the latest humanitarian crisis, remember you can help, from the comfort of your living room. All you need is MapSwipe.

Want to know more about MapSwipe?

MapSwipe is a mobile app that lets you search satellite imagery to help put the world's most vulnerable people on the map.

MapSwipe is part of Missing Maps, a collaborative project founded by the American Red Cross, British Red Cross, the Humanitarian OpenStreetMap team and MSF. Missing Maps is now a large and committed community of NGOs, academic institutes, companies, and most of all individual mappers, map vulnerable areas in OpenStreetMap.

If you need to survey an under-mapped area, we are here to help. MapSwipe makes geosampling easy. Visit our website for more information.

Thanks to the amazing Anna Brow for her help with this blog post!

Our work in haiti >