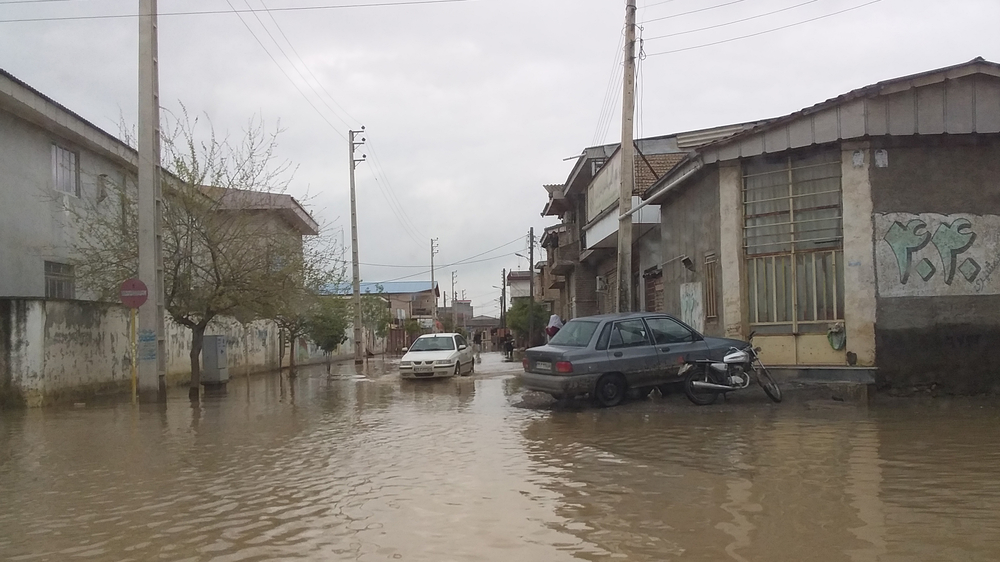 Heavy rains have caused severe flooding across Iran in recent weeks, leaving towns and villages underwater and damaging homes, crops and infrastructure. The rains began on 19 March in the northeastern province of Golestan, bordering Turkmenistan, and a week later inundated the southwestern provinces of Lorestan and Khuseztan, bordering Iraq. Médecins Sans Frontières (MSF) teams visited the provinces to assess the needs between 8 and 18 April. MSF plans to distribute non-food items in Golestan province and to provide primary health care via mobile clinics in Lorestan province, in the coming days.

Elham Miraghazadeh, deputy head of mission, describes what they found during their assessment.

“On 8 April, an MSF team headed to Golestan, with the aim of visiting the province’s three worst-hit cities: Gonbad-e Kavus, Aq Qala and Gomishan.

The roads we drove along were mostly hidden under the floodwaters, so it was difficult to distinguish between roads, rivers and fields. The floods have destroyed people’s houses, livestock and fields, as well as roads and other infrastructure.

The first place we visited was the neighbourhood of Afghan Abad, in Gonbad, home to many Afghan Turkmen. Located near the river, some of the houses have been washed away completely while others were fully or partly underwater. More than 400 families have lost all or most of their possessions. They have been evacuated from the area and are accommodated in tents or in existing camps for displaced people. Despite some distributions of essential relief items, people are in great need of assistance to meet their basic needs.

When we approached the other two cities, Aq Qala and Gomishan, the water levels were so high that the cars couldn’t go any further and we had to turn back. Since then, a second MSF team managed to reach the cities, where they found the floodwaters had retreated and people were returning to their homes.

Another MSF team travelled to the province of Lorestan, in western Iran – a mountainous region dotted with isolated villages. Along more than 120 km of the river, flash floods have caused huge damage, washing away houses, roads and bridges. Some people have lost their homes, their businesses and their land.

The city of Pol-e Dokhtar has been particularly affected and its buildings are still blocked by mud. People are living in small groups in encampments of tents. When we arrived in the city, people living in a temporary camp described the damage to us: ‘Go to the city centre – it’s like it’s been hit by a nuclear bomb,’ they said. Indeed, the city centre was totally devastated: all the shops were damaged and it was like a dead city.

With many bridges destroyed, lots of villages in the Pol-e-Dokhtar region are cut off from the main road. The only way to reach them with aid is by boat or helicopter. 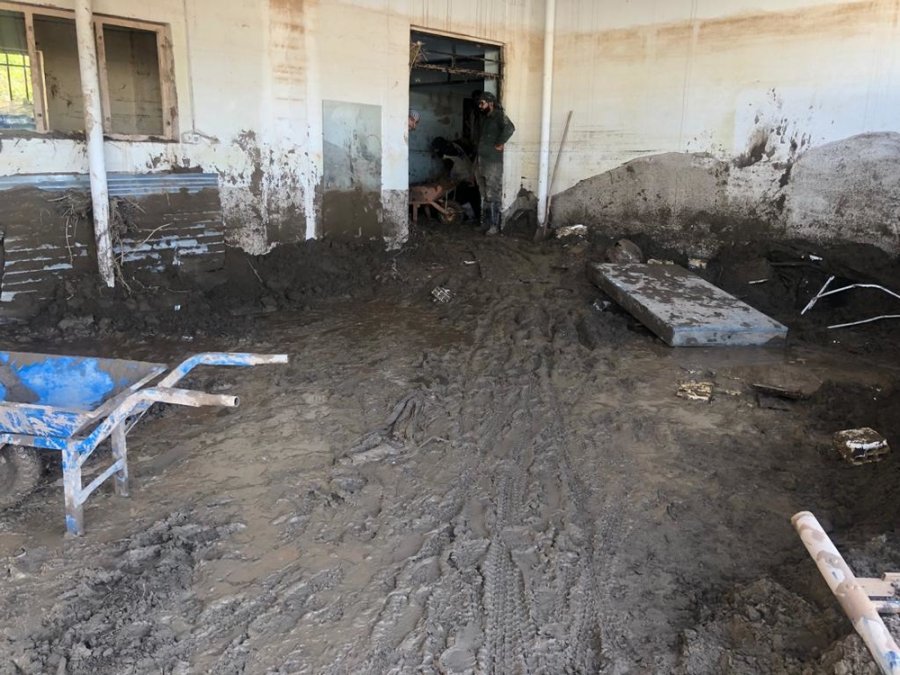 We were able to reach a village that had been cut off by road thanks to a boat which crossed the river continuously, ferrying supplies and allowing people to cross from one side to another. The villagers gave us a warm welcome. We visited the health centre, which they had started to clean up, but all the equipment was damaged. Basic medical consultations were being provided under a tent in the temporary camp where people are staying. A notice pinned to a board reminded people to be wary of snake and scorpion bites – a particular risk when you’re living in a tent. It’s impossible for people to return to their houses, as they are filled with mud and water, often two-thirds of the way up the buildings.

Khuzestan province, in the southwest, is very different geographically. It is flat rather than mountainous. In Ahwaz, the province’s main city, the level of damage was not so obvious, but when we reached the cities of Dehlaviyeh, Susangerd, Shoush and Elhaieh, we could see how disastrously the province had been affected.

The Karkheh and Dez rivers had burst their banks, leaving some villages partially or totally underwater. Some of the villages were deserted of people; in other villages, a few young men or families had remained to take care of the place and protect what few belongings they could salvage. Supplies can only reach them by boat or helicopter.

In some places, people went to higher ground when the waters rose, and are now living under trees, in temperatures that will soon reach 50 or even 55 degrees Celsius.

In one village, we met a family who were still living in their home – in a tent which they had put up on the roof. They had started to clean up the house, but it was not yet suitable for living in.

Despite the limited quantity of clean drinking water available, people don’t forget their hospitality, and we drank tea together as they described their difficulties: drought last year and flooding this year.

In all of the provinces we visited, one of people’s major complaints was having to go so long without being able to take a shower. Tap water is cut off. Temperatures are getting high and people are finding the heat and the insects difficult to cope with. Ramadan is almost here. Food is being distributed, but people prefer to receive the basic ingredients and kitchen utensils and cook for themselves.

The healthcare facilities we visited were often very basic. Many village health centres and medical equipment are no longer usable, medicines have been washed away and cold chain storage ruined.

The harvest was due in two weeks’ time, but now crops, fields and agricultural equipment are totally gone. People have lost everything: their homes, their possessions, their jobs, their public services and, unfortunately, their hopes.”

MSF has been providing primary health care - including medical consultations, screening of infectious diseases, treatment of Hepatitis C, nursing care and midwife consultations and mental health care – to most vulnerable populations having difficulties in accessing to health care, in South Tehran since 2012 and in Mashad since 2018.

our work in iran >