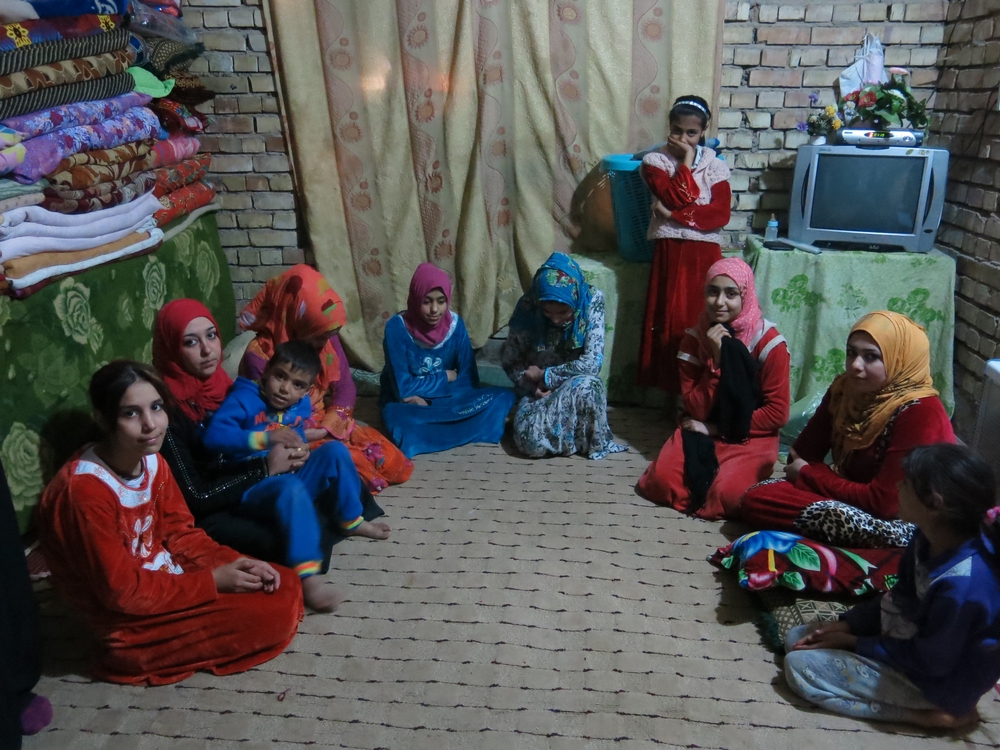 Iraq: “Their Lives are Shattered”

In Iraq, widespread violence has displaced some 2.6 million people from their homes, making this one of the biggest displacement crises in recent decades. Here, Doctors Without Borders/Médecins Sans Frontières (MSF) head of mission Fabio Forgione discusses the situation.

This most recent humanitarian crisis in Iraq has entered its second year and we’re bracing ourselves for what will come next. People run from widespread and ruthless violence; entire villages are burned to the ground.

Massive displacement has put an enormous strain on host communities, but many more families fleeing conflict zones have nowhere to go, as access to safer areas is often restricted along sectarian lines and international aid is not reaching them.

The crisis began in December 2013 when the so-called Islamic State (IS) group took the city of Fallujah, and the fighting has now spread to most of northern and central Iraq. As a result of the recent broadening of the conflict in Iraq, many more people—numbering in the hundreds of thousands—have been moving.

In addition to this, we shouldn’t forget that Iraq—and the Kurdish region in particular—hosts around one-quarter million refugees who fled the civil war in Syria.

/MSF
Mobile clinic in Sangur, 2 hours’ drive south of Kirkuk, providing much needed health care to the thousands who have fled fighting and destruction in neighbouring areas.

We try our best to assist the most-affected population and provide medical and humanitarian assistance to areas located as close as possible to the frontlines. These zones are extremely difficult to access and the population is struggling to get assistance. In these areas, the needs are high, and the disruption of services and the destruction of infrastructure are severe.

We use a flexible approach, sending out small mobile medical clinics to buffer areas as soon as they become safe enough. In March alone, MSF teams provided 22,041 consultations.

Many of our patients need medication for chronic diseases. The majority are women and children, most of whom have not seen a doctor for months. Mostly people are deeply traumatized—they have lost everything, some have seen their loved ones die, and their future is uncertain. So we also include mental health in our services as often as possible.

Our medical teams struggle to reach difficult and remote areas such as Zummar and other villages in northern Ninawa. MSF is offering a comprehensive range of medical services in Kirkuk and in several other locations along the road to Tuz Khurmato in Salah ad Din including primary health care, sexual and reproductive health care, treatment for non-communicable diseases, and mental health care.

A medical team is in place in Abu Ghraib to provide healthcare services to the thousands of families fleeing Ramadi in recent days .

Gabriella Bianchi/MSF
Our medical team works strenuously to provide health care. They often travel long distances, as close as possible to the frontline where medical needs are the highest and access to health care is limited.

The extremely volatile security situation is a difficult fact of life for Iraqis, and the main obstacle our teams face on the ground. We accept the risks because we can see the desperate conditions of our patients. Sometimes MSF teams are forced to withdraw suddenly due to attacks, military operations, or serious security incidents.

In some areas, unexploded devices pose a real risk to our teams, and checkpoints can also be targeted. We have to constantly monitor the security situation to mitigate risks. Keeping communication channels with officials, sheikhs, and tribal and community leaders open is paramount for us to be accepted by the community, carry out our work, and preserve our neutrality in such a volatile, fragmented, and polarized environment.

Despite the challenging security environment our activities show that it is possible for international humanitarian organizations to operate in these areas.

Gabriella Bianchi/MSF
Foada, 42 year old from Afri, is the mother of 7 girls and only 1 boy. She lives in an informal settlement next to a cement plant in the area of Tuz Kurmato where MSF runs a clinic every 2 weeks. Her last child is a 5 months old girl.

International Aid Must Be Stepped Up

Thousands of displaced Iraqis are still living without basic humanitarian assistance. We see far too little international assistance compared to the needs—most aid comes from local actors and remains largely insufficient. The humanitarian response in central Iraq been too weak for over a year, and today there is still no concrete contingency plan in place to address continued mass displacement as the fighting spreads.

We fear for those living in areas that might soon be engulfed in the conflict. MSF is taking all the provisional steps possible, but several international nongovernmental organizations operating in Iraq are increasingly concerned that funds from international donors might soon be stopped when humanitarian needs are only expected to increase.

States and international donors must immediately step up their support and draw up comprehensive contingency plans to adequately respond to further mass displacements.