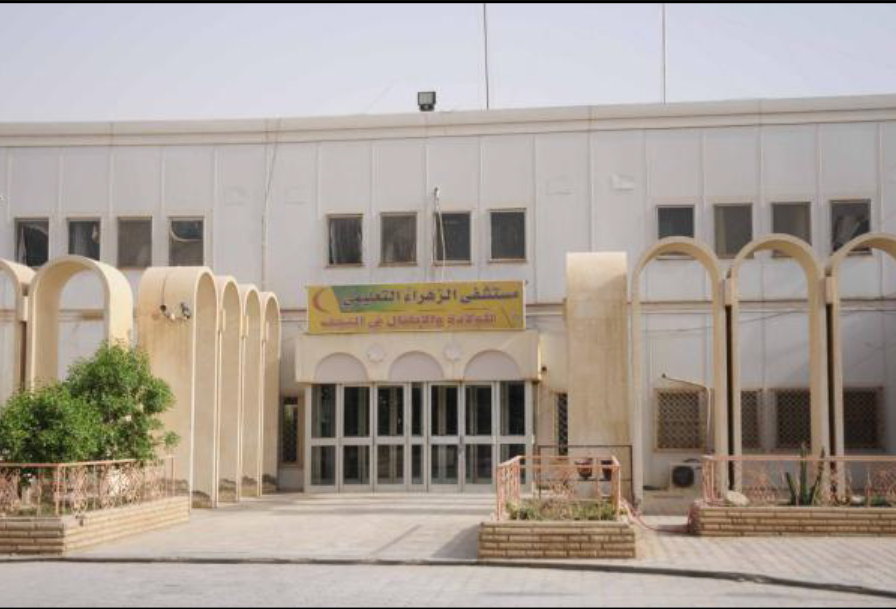 Iraq: “We have managed to reduce the mortality, even though admissions have risen.”

With the recent wave of fighting extending every day, MSF teams are currently responding to the needs of the population in several locations in Iraq.  In Najaf governorate, in southern Iraq,  MSF is monitoring the situation closely and preparing an emergency response for a potential influx of displaced people.

Meanwhile, MSF continues to support to Al Zahaara Teaching Hospital, the main centre for obstetrics, gynaecology and paediatrics in Najaf, that attends around 25,000 births every year.

Officially, the country has a neonatal mortality rate of 20 for every 1,000 live births, but the number could be higher.

Years of international isolation, sanctions and war have crippled Iraq’s health system and the level of healthcare has been affected for more than thirty years.

Lack of experienced medical staff and of an organised health system as well as limited access to the advances in medicine has resulted in low quality services in neonatology and high mortality rates. The medical management and procedures have lagged behind international standards.

Dr. Raid Umran is the head of the paediatric department at Al Zaharaa Teaching Hospital. In this interview he explains how the hospital (360 beds) has managed to decrease the mortality rate among newborns in the hospital through training and implementing new protocols.

Around 25,000 deliveries a year is a very high number. Why do you have so many deliveries at your hospital?

Half of the births in Najaf governorate take place in Al-Zaharaa hospital.

There is no active referral system in Iraq. Simple cases should be dealt with in the primary health centres but people in Iraq prefer to visit the hospital directly to be seen by the specialists, who they trust more.

Besides, most women today come for delivery to the hospital. Culturally, it has now changed and women do not deliver as much at home as before. Every year there is a 10% increase in hospital deliveries as it is now perceived as safer.

How many children die at birth?

Our hospital has a neonatal mortality rate of around 14 deaths for every 1,000 live births. We are better off than in the rest of the country. We have achieved this decrease (from 20 to 14) in six years.

Our goal is to reduce the rate to less than 10 deaths for every 1,000 live births in the next five years.  The most common causes of death among newborns are respiratory distress syndrome (64%) and sepsis (12%).

What are you doing to decrease this mortality?

The high workload in the delivery room limits our capacity to reduce mortality, but since 2011 we have been implementing new guidelines and protocols to improve the neonatal care in several areas such as infection control, for example.

We need to ensure there is a neonatologist in the delivery room to recognise high-risk deliveries. We also need to have a paediatrician in the delivery room at all times to receive all babies, identify the sick ones and the emergencies so we can respond as soon as possible.

If we ensure this cycle of care it will give us more chance to treat the sick babies in time to reduce mortality. We are also increasing the medical skills of the staff and we are receiving more devices for respiratory support.

I have requested more doctors and nurses for the neonatal department. All these measures have improved our care and reduced the mortality, even though admissions have risen (from 1,468 patients in 2011 to 1,717 in 2013).

Can you explain how you work with MSF and SJD?

Collaboration with international institutions like MSF and Sant Joan de Deu Hospital (SJD) will help us upgrade our hospital to international standards.

Since 2010, MSF teams have worked closely with hospital staff to build their capacities, offering bedside training and providing technical expertise in the implementation of basic standards of care, protocols and infection control.

MSF has put us in contact with SJD, which is a very well-organised hospital with very good quality staff and with advanced equipment. Through this partnership, some of their staff came to visit our hospital and we are now visiting their hospital.

What is the situation in Iraq now? What can you do to change things?

As I mentioned before, the health system has several defects so we need to improve the national system that makes the healthcare better.

We are doing training on the management of crises in the neonatal ward. If it is a success, we can propose this training to the Ministry of Health so it is replicated in other hospitals.

It is difficult to change a health system in a short time, but we can improve things in our hospital and show that a change is possible. I think now it is time for Iraq to move forward.

Despite the ongoing conflict in Iraq, which has made it very difficult for humanitarian organizations to work in the country, MSF is striving to provide medical care to the Iraqi people. MSF has worked continuously in Iraq since 2006. In Iraq, MSF currently employs over 300 staff.

Since 2010, MSF has been working in the Al-Zaharaa hospital supporting four departments: the operating theatre, the sterile neonatology intensive care unit, the maternity ward and the post-natal ward to reduce neonatal mortality in the Najaf governorate by improving the quality of the neonatal and obstetric care provided at the hospital.

Moreover, an infection control expat nurse works in conjunction with all the departments. MSF has also donated medical supplies and rehabilitated some medical wards. Around 72,320 mothers have been treated since MSF established a presence.