Iraq: Ever more dead, and ever younger, in a hospital overwhelmed by the second wave of COVID-19

Dr Aurelie Godard is the intensive care referent for Médecins sans frontières / Doctors Without Borders who is currently in Baghdad, Iraq, where we are running a 53-bed unit for patients severely and critically ill with COVID-19. The city is being submerged by a second wave of the virus, even larger and more deadly than the first. Our unit has admitted 454 patients since September, 196 of whom were admitted since the beginning of March. Faced with a terrifying influx of seriously ill people and a high level of mortality, Dr Godard describes the choices she is forced to make to try and save people who are ever younger.

We are choosing who to take from the emergency room now.

We have permanently between six and ten people on CPAP – continuous positive airway pressure, a form of non-invasive ventilation – in the emergency room waiting for a bed in our unit, which is always full.

There are always at least six people waiting who need a bed and I have nowhere else to send them.

And so you are forced to choose. It’s not a nice word, but that’s what we are doing. 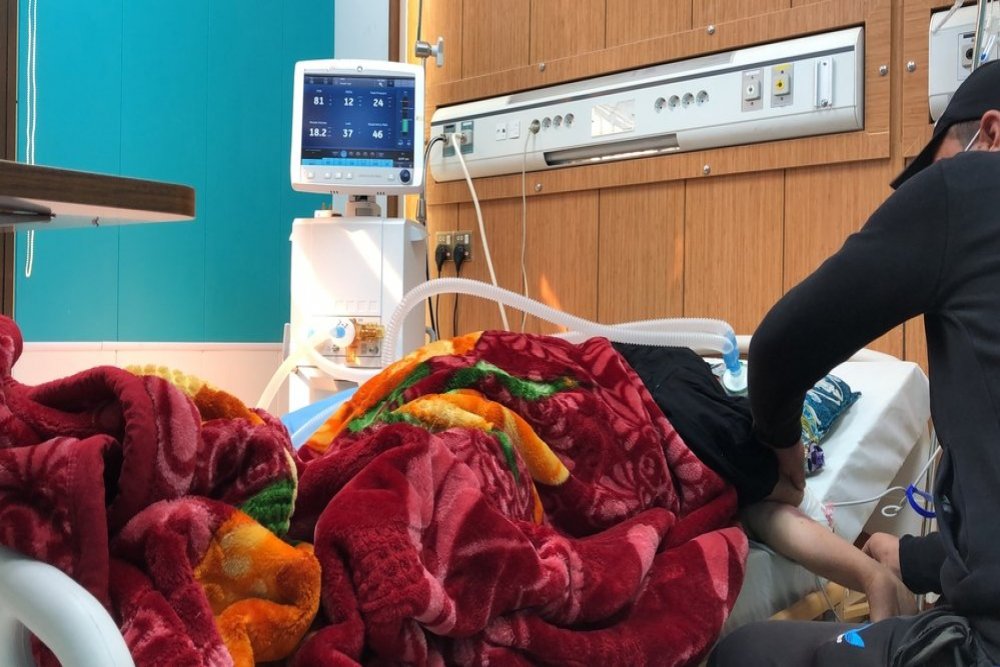 Hassan Kamal Al-Deen/MSF
A COVID-19 patient, who is under oxygen therapy, and her son at the MSF-run ward of the COVID-19 centre at Al-Kindi Hospital, Baghdad.

You have the families at the side of the bed that see you taking another patient for the unit who arrived after them.

They understand very well that if we don’t take their loved ones, perhaps it is because we do not believe it will work out for them.

I do not have another choice, however, because I will not take an old woman who is 77 years old and leave a 40-year-old man on the stretcher.

Choosing who receives a bed

I do not always know who to take, though. The day before yesterday, we had a woman, 33, who was admitted and she was pregnant.

The baby was dead when she arrived because she was too hypoxic.

And the woman died in less than 24 hours, despite the fact that we admitted her straight away. She passed only five minutes in the emergency room.

On the other hand, there’s another woman who has been waiting for seven days in the emergency room, and who I finally admitted today because she is starting to do better. 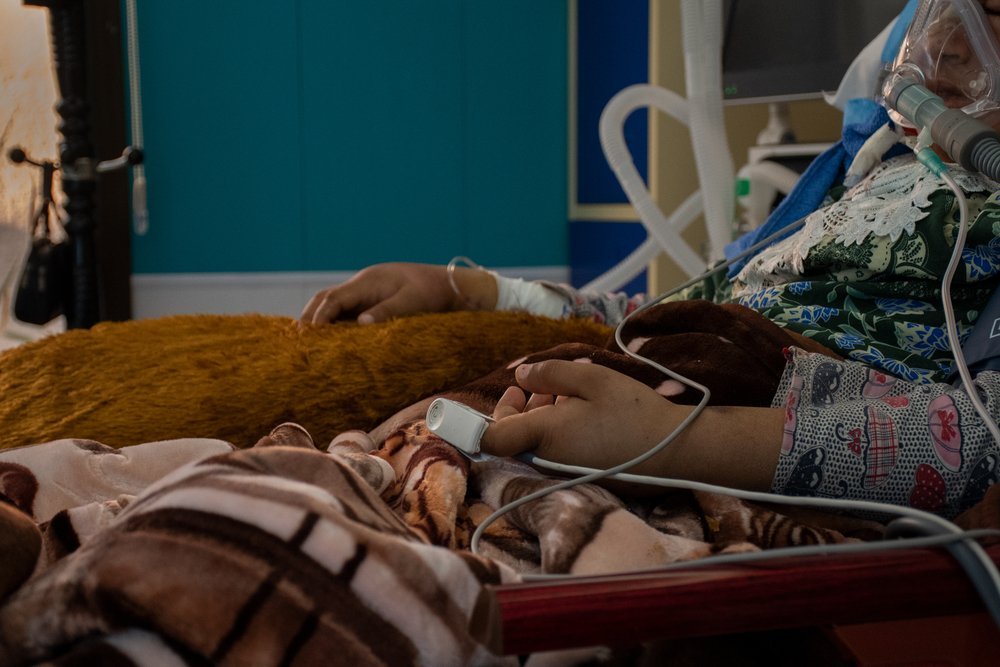 There were others who were admitted before her because she is 62 years old. I thought she would be dead a few days ago.

She had two oxygen lines connected to her mask, she was on CPAP 24 hours a day, and so you say, she is not going to survive the night.

The next morning, she is still there, and she is doing a bit better. 24 hours later, she’s doing even better. Now, she’s not well, but I think she will survive.

It is really hard to not “choose” the right patient, to not know who really has a chance, and to whom, as a consequence, I must give time and energy to.

During the first wave here the youngest patient we saw was 38. He got better and left the hospital after a few days.

The patients fight to breathe.

It is like you’ve swallowed some water when you’re in the swimming pool. Imagine living that for a whole week – more, for some people.

And the families at the bedside are hypnotised by the figure for their loved one’s oxygen saturation.

You look at it and know that when it goes down, it’s not going well. 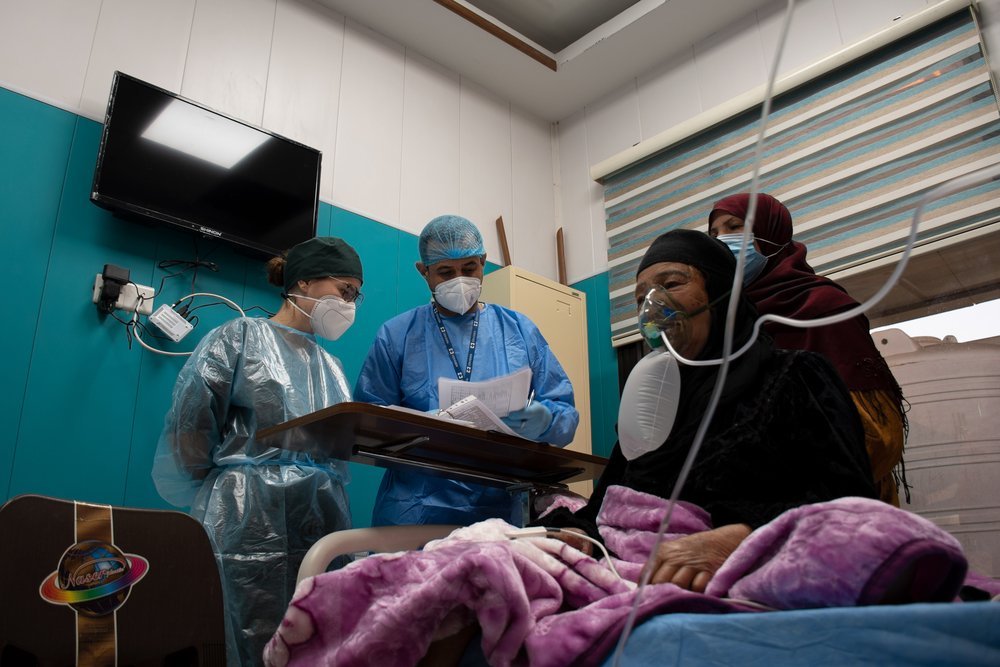 Yet in their eyes there is simultaneously so much anxiety and so much hope when they show you a photo they took during the night when the figure reached 95 or 97, and they are so happy, and you know that sometimes that’s just a false signal.

Each of the patients are consuming 40 litres of oxygen per minute, on average, which is a huge amount.

We are refilling the hospital’s tanks of 4,000 litres of liquid oxygen every day.

And we are just one hospital. We are the tip of the iceberg and I have no idea what is going in people’s homes, in the community. I have no idea. What we are doing is just a drop of water in the ocean.

It is really dramatic, and the people dying now are those who we could have prevented from dying with vaccination.

So, it is even more revolting to see young people dying of something that should have been at least partially controlled by vaccination.

The vaccination effort has just slowly started while it is already many long weeks that Iraq has been in the second wave, and the first wave, it was not really a wave but a terrible plateau of many months. 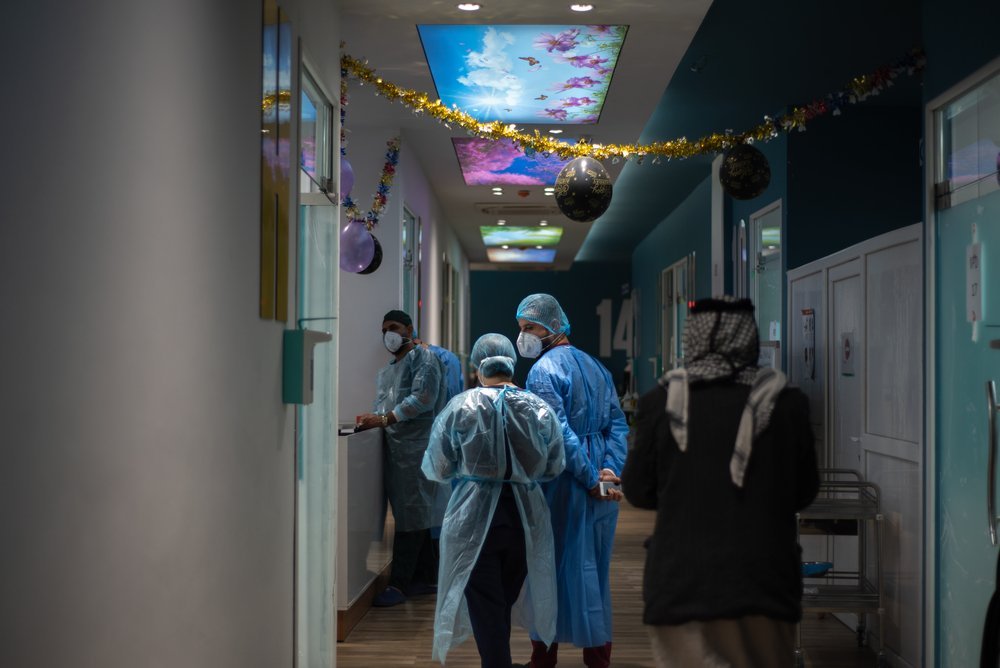 So, it is a vaccination effort in its infancy, which has just started, and where we must vaccinate urgently and massively.

I am not saying that everyone could already have been vaccinated, but the deaths are becoming preventable.

That, on top of everything else I see here, makes me despair even more.