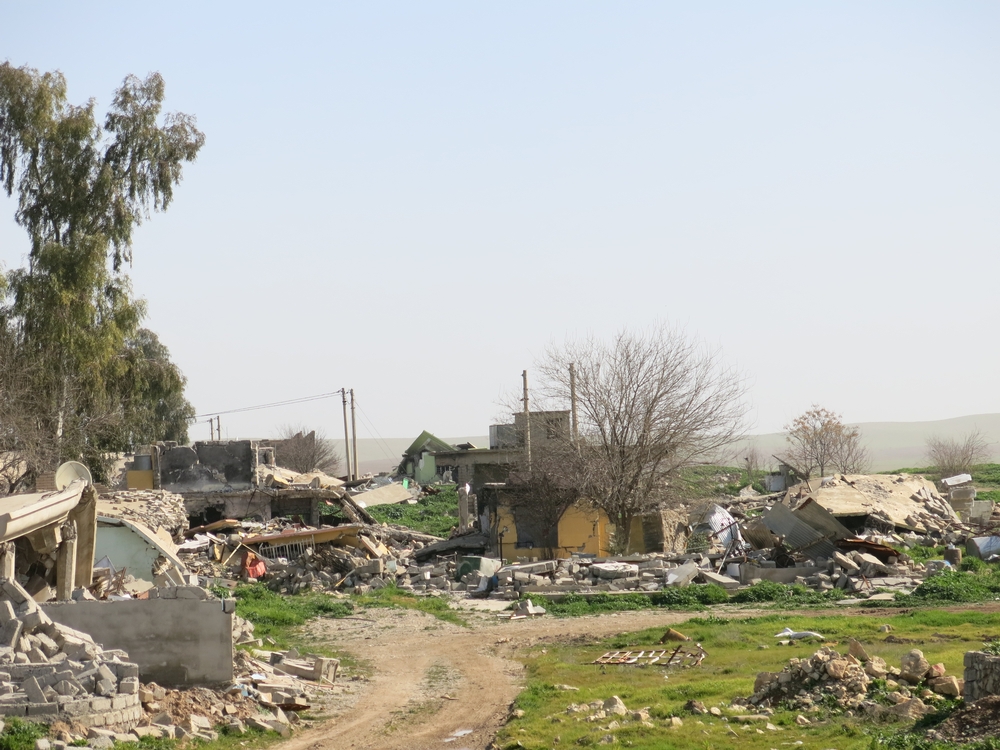 Iraq: Increasing numbers of Iraqis in need of humanitarian assistance

As Iraq experiences a dramatic surge in violence, successive waves of people who have been forced from their homes over the past year are now stranded in grey zones with no access to the most basic humanitarian assistance.

In large swathes of the country, the civilian population continues to pay a large price for the conflict, and the humanitarian response remains largely insufficient, warns Médecins Sans Frontières/Doctors Without Borders (MSF) today.

“Thousands of people are not receiving the medical and humanitarian assistance they urgently need. The situation in central Iraq is particularly bad.”

A year of intense fighting

In the last year, intense fighting has led to almost three million people fleeing war-torn central and northern areas of Iraq, in particular the governorates of Anbar, Ninewa, Salah Al-Din, Kirkuk and Diyala. Thousands of families have fled from widespread violence and shifting frontlines.

They have been displaced several times, in the course of which they have lost everything. Many are staying in overcrowded shelters - tents, unfinished buildings, religious buildings or schools - where living conditions are extremely poor. 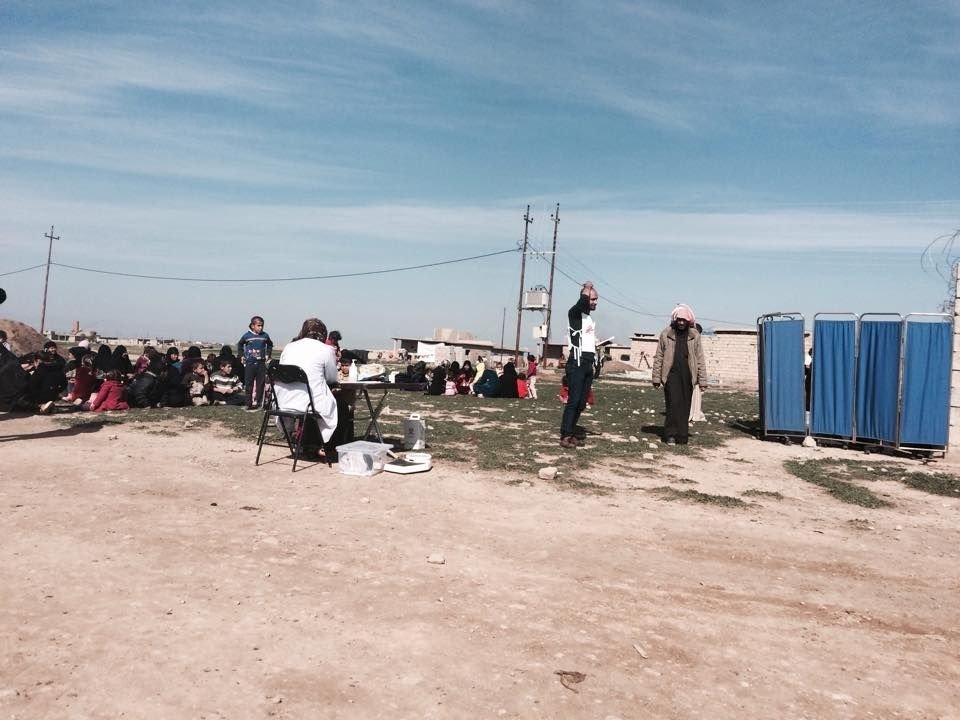 /MSF
A mobile clinic in Sangur, providing much needed health care to the thousands who have fled fighting and destruction in neighbouring areas. Sometimes the local population is able to provide a temporary structure to carry out the medical activity but other times, the medical team sees patients in the open air.

MSF teams working in grey zones - north of Mosul and in areas between Baghdad and Anbar -report that many displaced people are living without sanitation or clean water.

Local infrastructure and health facilities have been damaged and are no longer functioning, and there is a growing shortage of medical staff.

Many people have no access to even basic healthcare, while reaching a functioning hospital can be extremely difficult in areas where it is unsafe to move around.

Providing healthcare to the neglected

“Despite the magnitude of people’s needs, the humanitarian response has been mostly concentrated in safer areas, such as the Kurdistan region of Iraq,” says Fabio Forgione, Médecins Sans Frontières Head of Mission in Iraq.

“MSF is among the very few international organisations working in areas in northern and central Iraq where people who have fled conflict have sought refuge. Despite obvious security constraints, providing assistance here is possible, yet these areas remain neglected.”

In an effort to respond to the ever increasing needs, MSF has been expanding its operations in central and northern Iraq. 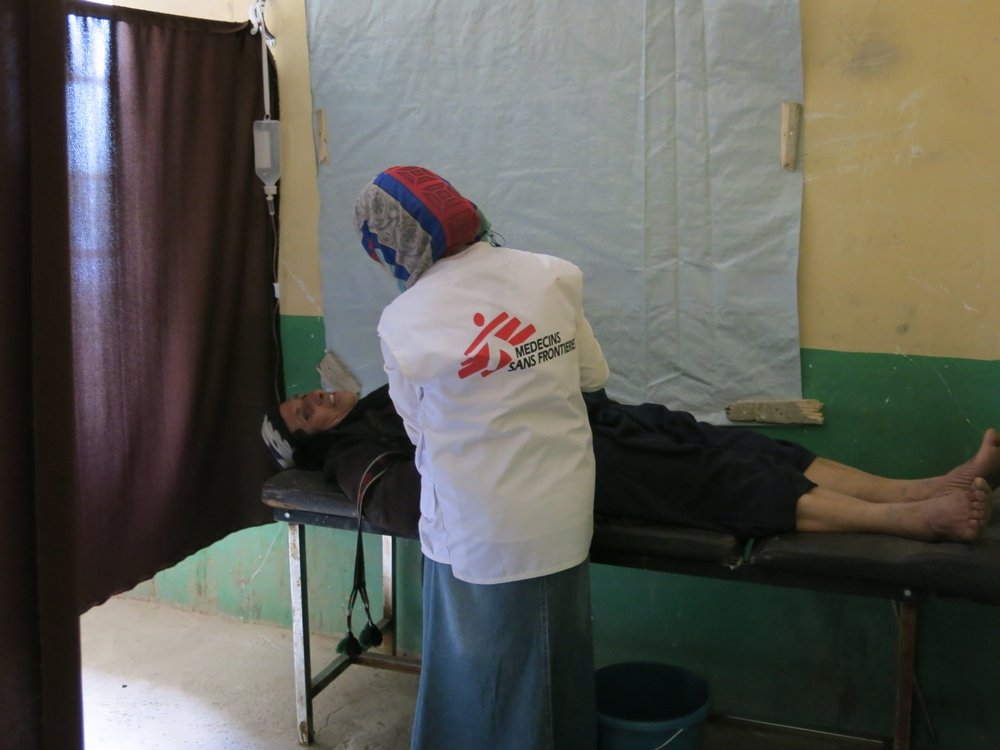 Gabriella Bianchi/MSF
Mariam is a widow from Jazrunija, in Tel Afar district. She is the main provider for her family since her two elder sons have fled. Mariam has come to the clinic MSF is running in the local school because she suffers from a number of ailments including chronic disease, high blood pressure, kidney pains and rheumatic pains. She has been referred to the hospital in Zakho but doesn’t have the money to travel there.

“The prospect of violence spreading to other densely populated cities is alarming. This would also trigger even more displacement,” says Jane-Ann Mc Kenna, director of Médecins Sans Frontières in Ireland.

“Our teams are doing everything they possibly can - but they cannot effectively meet all of the medical needs.

All possible efforts must be made by all stakeholders in Iraq, to ensure that the Iraqi population fleeing violence has access to vital medical care and humanitarian assistance.”

The ongoing work of MSF in Iraq

In 2014, in Iraq, MSF responded by launching emergency interventions to provide basic medical care and relief for displaced families in several locations.

In August, MSF opened a maternity unit and had assisted 571 deliveries by the end of the year.