Iraq: Mosul still lacks 70% of healthcare capacity, one year on

One year since the battle between the Islamic State (IS) group and the Iraqi forces officially ended in Mosul, the health system is still in ruins and struggling to cope as thousands of people continue to return to the city, Médecins Sans Frontières (MSF) said today.

During the conflict, nine out of 13 public hospitals were damaged in Mosul, slashing healthcare capacity and the number of hospital beds by 70 percent. The reconstruction of health facilities has been extremely slow and there are still less than 1,000 hospital beds for a population of 1.8 million people, which is half of the internationally recognised minimum standards for health service delivery in a humanitarian context.

“The city’s population is increasing by the day. In May 2018 alone, almost 46,000 people returned to Mosul. But the public health system is not recovering and there is a huge gap between the available services and the needs of the growing population.” 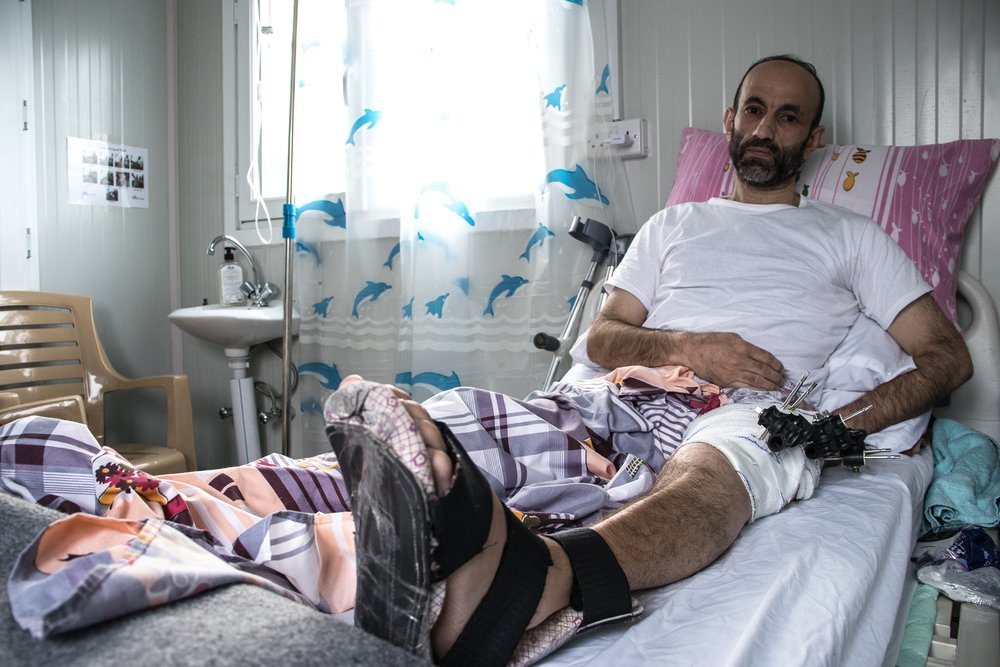 MSF/Sacha Myers
Nashwan is one of the many war-wounded patients still trying to recover a year after the conflict in Mosul officially ended.
“Emergency room services and surgical, oncology and burns facilities are urgently required, as well as medical equipment and a steady and affordable supply of medication.”

“Other needs include mental health services for people coping with the trauma of violence and losing loved ones, and follow-up surgery, pain management and physiotherapy for war-wounded patients who have been suffering for months because they have not been able to access the healthcare they need to recover from their injuries.”

Forty-two-year-old Nashwan* was shot in the leg and back by a sniper in Mosul in March 2017 when he was buying food. Since then, he has lived in agony with his injury and has been unable to access adequate healthcare.

When I was at home…the pain started to grow in my leg and hip, and eventually it was unbearable
nashwanpatient

“So I went to the general hospital in October 2017 in west Mosul. They did x-rays and tests and they said I needed a huge operation and they didn't have the capacity to do the operation.” 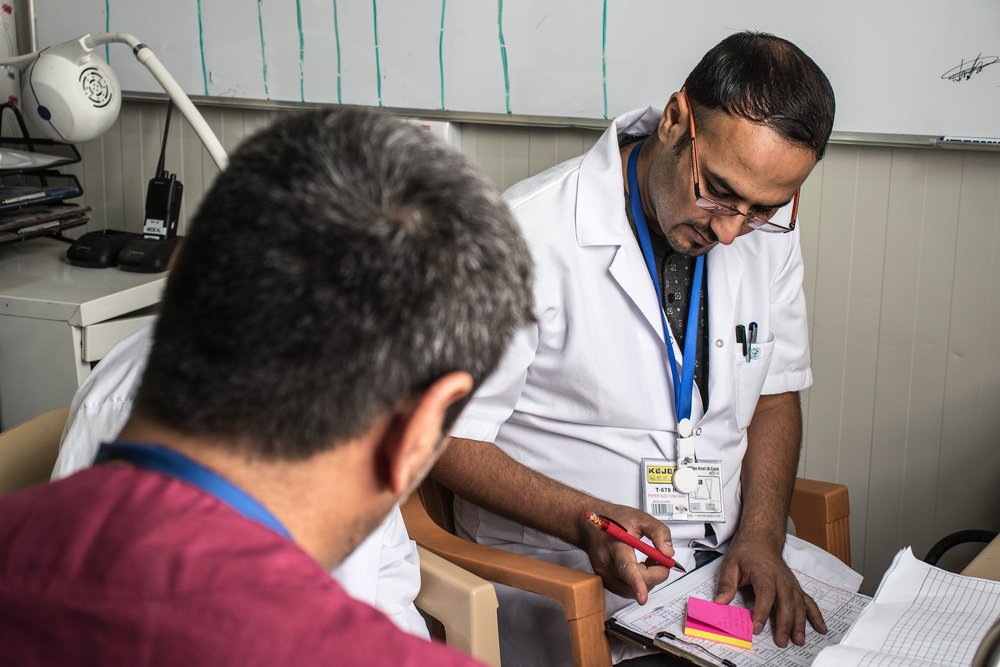 “Life has been really hard. My injury has impacted negatively on my life - my family, the way I interact with my kids. I can’t play with them. I can't work and we haven’t had an income. I've been really depressed.”

The dangerous living conditions in Mosul – poor hygiene due to a lack of water and electricity, damaged buildings and the presence of improvised explosive devices and booby traps – also pose a risk to people’s health and increase the need for healthcare facilities.

At MSF’s hospital in west Mosul, the team saw in the past 12 months a shift from war-related wounds, to mine injuries, and more recently, injuries and medical issues related to poor living conditions as more people return to the city. For example in May this year, 95 percent of trauma cases received in the emergency room (ER) were related to the unsafe living conditions – such as falling rubble, buildings collapsing or people falling from unstable structures.

“It’s been one year since the conflict officially ended in Mosul, and much more needs to be done in the coming year to improve access to healthcare,” Mr Nagarathnam said. “MSF is calling on national authorities and the international community to urgently rebuild public health infrastructure, provide patients with access to affordable medication and ensure medial facilities are supplied with the necessary equipment.”