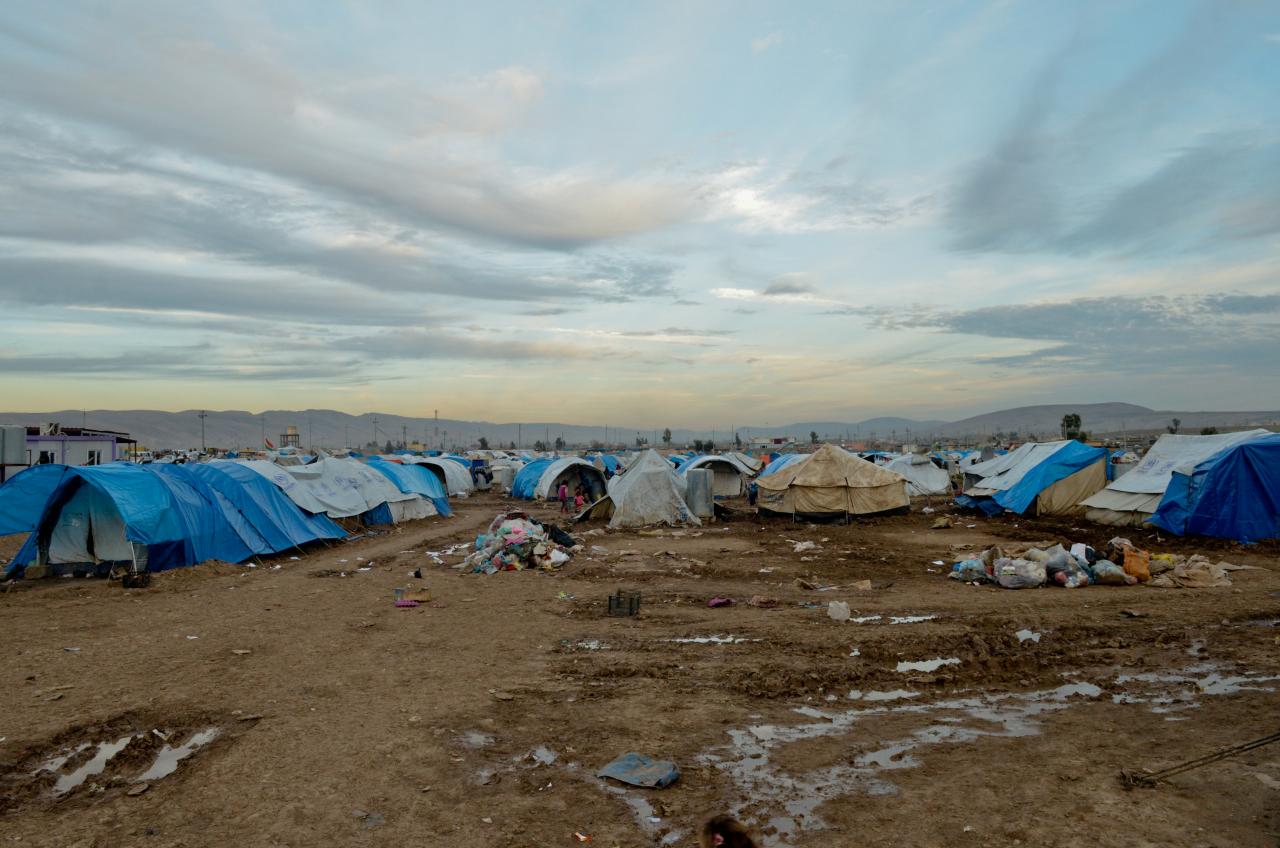 MSF is the main health provider in the camp.

“The health system in Syria has collapsed, and the war has left a section of the population with no access to healthcare. For the past two years, because of the conflict, children have not received their routine vaccinations.

Newcomers are arriving at Domeez camp every day, cramming themselves into already overcrowded tents. The overcrowding increases the risk of communicable diseases spreading easily and quickly.

Following a number of reported measles cases in the camp, in April our teams vaccinated over 19,500 people aged between six months and 29 years against measles, working with the Iraqi department of health. Measles remains one of the main childhood killer diseases, so vaccination campaigns can be lifesaving.

We also made the most of this mass gathering of people at our clinics to vaccinate against meningitis, which is another disease that can spread easily in a camp like this where large numbers of people live in very close quarters. 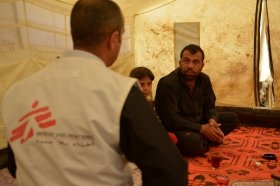 In the past eight weeks, the number of diarrhoea cases has tripled – a situation commonly related to a lack of access to clean drinking water and to poor sanitation and hygiene conditions.

MSF has stepped up water and sanitation activities in the camp to prevent refugees’ health from deteriorating. Our teams have been filling trucks with clean drinking water from identified sources and distributing it from tent to tent in some areas of the camp.

In our consultations, most of the problems we see are related to people’s poor living conditions, aggravated by the bitter winter that hit the region earlier this year. Now, with summer coming on, we’re expecting temperatures to rise to over 40 degrees, a situation which can lead to severe dehydration, in particular amongst young and old patients suffering from diarrhoea.”

MSF is the main health provider in Domeez camp, where it has been working since May 2012. MSF teams are currently building 140 new latrines in the most neglected areas of the camp and plan to rehabilitate latrines and pump away stagnant water to prevent outbreaks of disease.

More than one million people have fled the civil war in Syria to neighbouring countries, many of them crossing the border into Iraq.