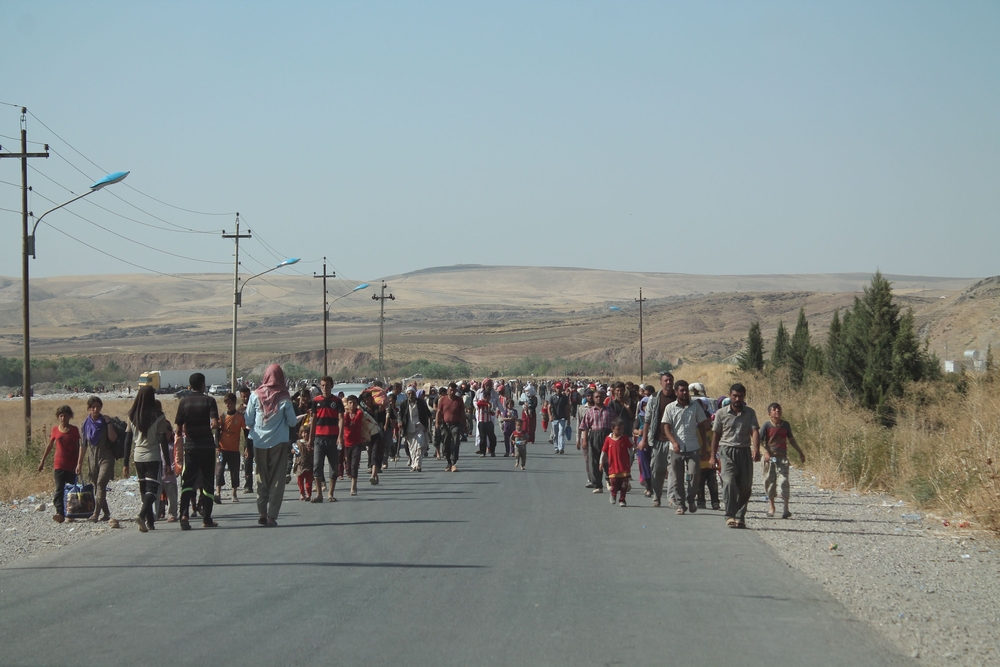 Following heavy fighting between Islamic State forces and the Kurdish forces in Sinjar (North West of Iraq), as well as in other areas to the west of Kurdistan, over 200,000 people are reported to have fled.

Many Iraqis fleeing their homes have now moved into Kurdistan, where authorities have opened their borders for them.

MSF has been working in Kurdistan for two years and is trying to respond to the needs of these people who had been forced to flee their homes, some having been displaced for a second or third time.

“They were the first to provide assistance to all displaced people who entered Kurdistan. Many of those displaced fled from Mosul and its surroundings when violence erupted there in June and July. Some are fleeing for the second time, having first fled the violence in Anbar province to take refuge in Mosul.”

In mid-June, MSF started to run mobile clinics in a number of locations for IDPs, located west of Kurdistan.

However, these were stopped when the IDP populations left  last week in anticipation of attacks. The mosque in the town of Bashiqa – a location of one of the MSF mobile clinics – was bombed on 8th August, after the IDPs had already left the site.

The MSF team has since reorganized its assistance to respond to new locations of IDPs and on 12th August set up a clinic in Baharka camp, north of the city of Erbil.

Over 2,400 individuals are currently staying at the camp, with the population increasing quickly as another 200 families are expected to arrive today.

“Our teams speak of the fear in the eyes of the displaced people, especially those who had to leave places where they had once taken refuge.”

MSF continues  to assess the needs in and around Erbil, and has visited Erbil Hospital as well as the neighbourhood of Ainkawa in Erbil, where hundreds of displaced families have been staying at a church and its courtyard.

MSF is ready to provide medical support and has a medical team on standby.

MSF is also responding to the flow of thousands of Iraqi refugees from Sinjar crossing the border into Syria, by running a number of mobile clinics on both sides of the border, and ensuring emergency referrals through ambulances for severe cases.

MSF has also been distributing food and water, with the help of a local relief organization, at three transit points on the way to the border crossing with Syria.

These refugees have been exposed to particularly difficult circumstances and have suffered greatly before reaching any type of humanitarian assistance. 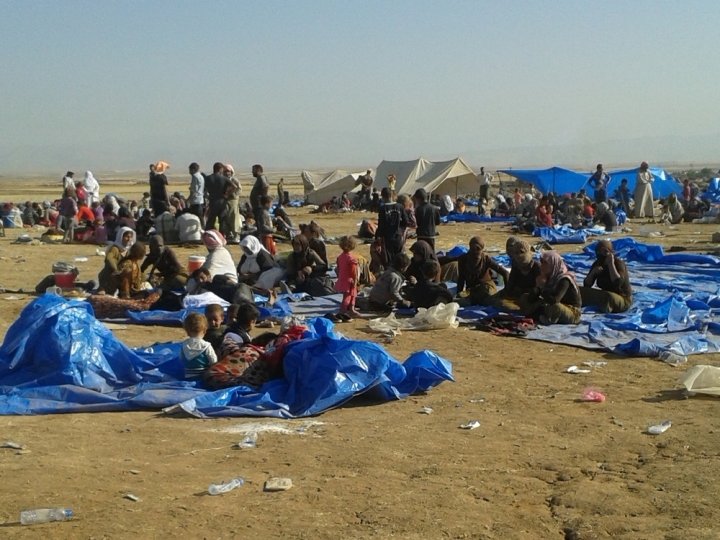 The recent influx to Kurdistan comes in addition to hundreds of thousands of internally displaced Iraqis as well as 230,000 Syrian refugees already present in the region, overwhelming a previously efficient health system.

MSF has been working in Domeez refugee camp since May 2012 and in Kawargosk and Darashakran camps since October 2013, providing health services and psychological care to Syrian refugees.

“Media today are focusing on some minorities who are suffering greatly,” says Dr Lepora.

“We also cannot ignore the plight of other populations, trapped in the conflict in Ninewa, as well as in Anbar Province to the west of Baghdad, where violence has led to the displacement of half a million people, and left many trapped with no access to health care and basic services.”

Despite the ongoing conflict in Iraq, which has made it very difficult for humanitarian organizations to work in the country, MSF is striving to provide medical care to the Iraqi people.

MSF has worked continuously in Iraq since 2006, in various locations in the north and south of the country. In order to ensure its independence, MSF does not accept funding from any government, religious committee or international agency for its programs in Iraq, and relies solely on private donations from the general public around the world to carry out its work. In Iraq, MSF currently employs over 300 staff.