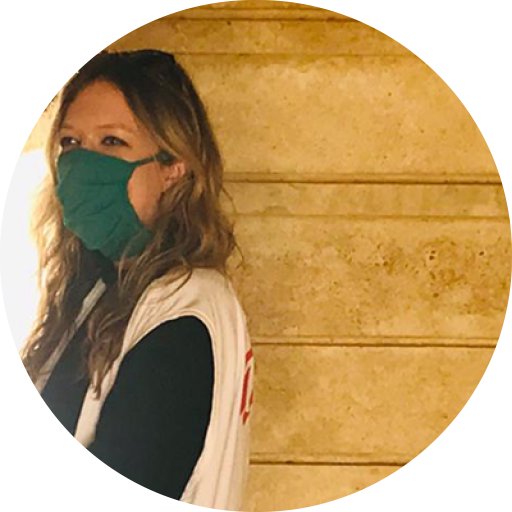 Iraq: Working with the Yezidi in the time of COVID-19- Part One

Bashi everybody! (That’s a taste of my newly acquired, albeit limited, Kurmanji skills.)

My name is Alice, working as a health promoter and anthropologist here in north-east Iraq. I’m working with the community here in Sinuni to understand, engage with and help Médecins Sans Frontières / Doctors Without Borders (MSF) to support the needs of the most vulnerable people here.

To give some slight perspective, let me tell you a little of where I’ve been living, working and caffeinating myself for the past two months.

My current place of residence is Sinuni (Snuny); a small town in the Governorate of Ninewa in north-eastern Iraq, less than 15 km from the Syrian border. 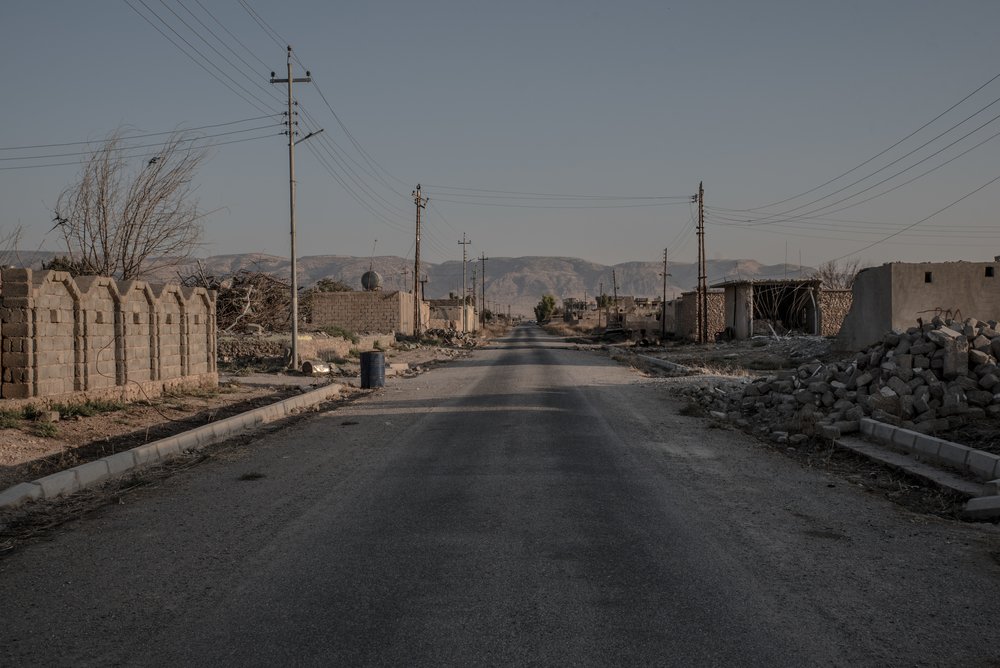 Sinuni town is just north of the Sinjar mountain. Standing proud amidst the vast flatness, Sinjar mountain hosts tobacco fields and verdant terraces, blossoming fruits and luscious air that dissipates the arid sands that fill your lungs as you drive, catching plumes of dust in the rear view.

The people here are Yezidi, an ethno-religious group whose homeland includes Sinuni. When the Islamic State group surrounded Sinuni on 3rd August 2014, almost the entire community was expelled from the town, with quite literally nowhere else to go but the mountain.

Many Yezidis who were unable to escape were killed by the Islamic State, and many of the women were captured by the group and used as slaves.

Almost every house here is pocked, battered and bruised with Islamic State bullets fired as they tore through this small town back in 2014.

These events scarred a population, that six years on, holds tightly to the safety many fear may yet again be ripped away.

People here say that the events in 2014 brought the total recorded number of genocides against the Yezidis to 74, committed by various groups throughout their history.

From discussions with patients, families, colleagues and other members of the community in my short time here, there is a palpable feeling among the Yezidi that those acts of persecution and injustice will not be the last.

The needs, and thus the work here in Sinuni are vast and endless, as in any low-resource setting. It can leave a sense of futility that at times I am struggling to suppress.

Although food is relatively abundant here, for many a balanced diet is not affordable.

However, sugar is an accessible and ubiquitous staple, and the diabetes rates among children and parents alike is quite astounding. 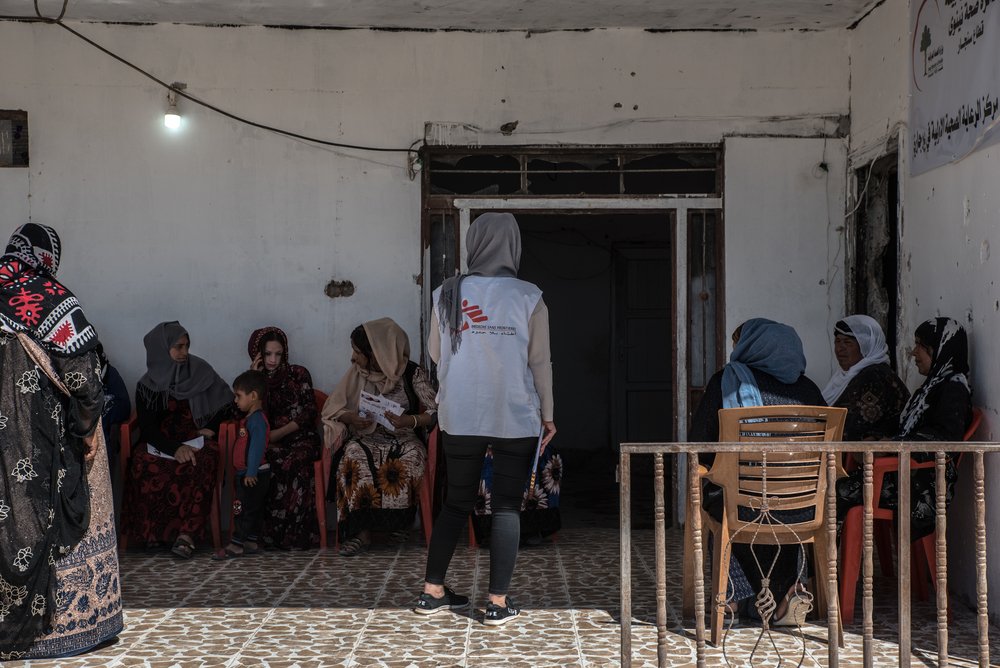 With a health promotion team to support patients and their families throughout, MSF in Sinuni provides an infant therapeutic feeding programme to assess, treat and follow up on malnourished children during these crucial developmental years, up to the age of five.

Encouraging breastfeeding is an enormous challenge for our maternity department.

Baby formula is a status symbol for many here, and this, combined with local beliefs some people hold about delaying breastfeeding in the first hour after birth, means we see the far too common cycle of children born in our hospital becoming hypoglycaemic and having to be re-admitted to the neonates department within a matter of days, or even hours. 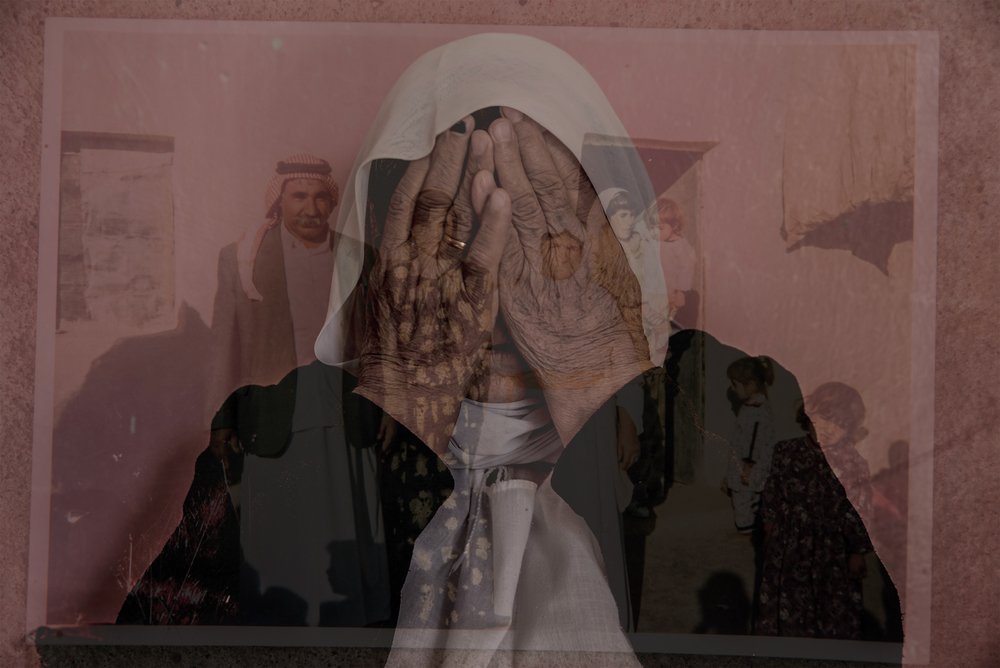 ©Emilienne Malfatto
Halo Khalaf, 66, in Sinuni on September 2nd, 2019. "Before the genocide, I didn’t have any psychological problems, or health problems. Now I must take a lot of medication. I have mental health problems … I always feel like ISIS is coming."

Most disturbing is the prevalence of suicides within the community here.

People dying by suicide range from children up to the elderly.

This world is just too much to bear for many living here, and the howl of the bereaved father as we entered the hospital, at 08:30 at the start of last week, is one thing I will never forget.

Yet amongst this all, health promotion has a role to play, and I’m grateful to be part of the team injecting some positivity, some support and a link between the services that MSF provides and the people who need them most.

The tasks of the health promotion team here are manifold and mean that one day we are talking to children about how to wash their hands, and other days supporting mothers in those early moments after birth, as their new-born babies struggle to latch on to the breast for their first milk.

My team calls people who are isolating at home to check on their COVID symptoms and provide a friendly voice for those feeling lonely in this strange bubble we are asking people to inhabit.

The team is also trained in psychosocial first aid, and should a mass casualty event (such as serious car crash, air strike etc) unfold, they are primed and ready to support the people affected by it, to instil a little calm within the storm.

The distant airstrikes last month were a good wake-up call but fortunately with only one or two casualties the team was able to stand down.

But people here tell me from their own experiences that life as a Yezidi can feel like this, living in a bubble so ephemeral and fleeting that you barely have a chance to see its full, worldly form, before it collides with the outside world and once again the people inside have to rebuild, regrow.