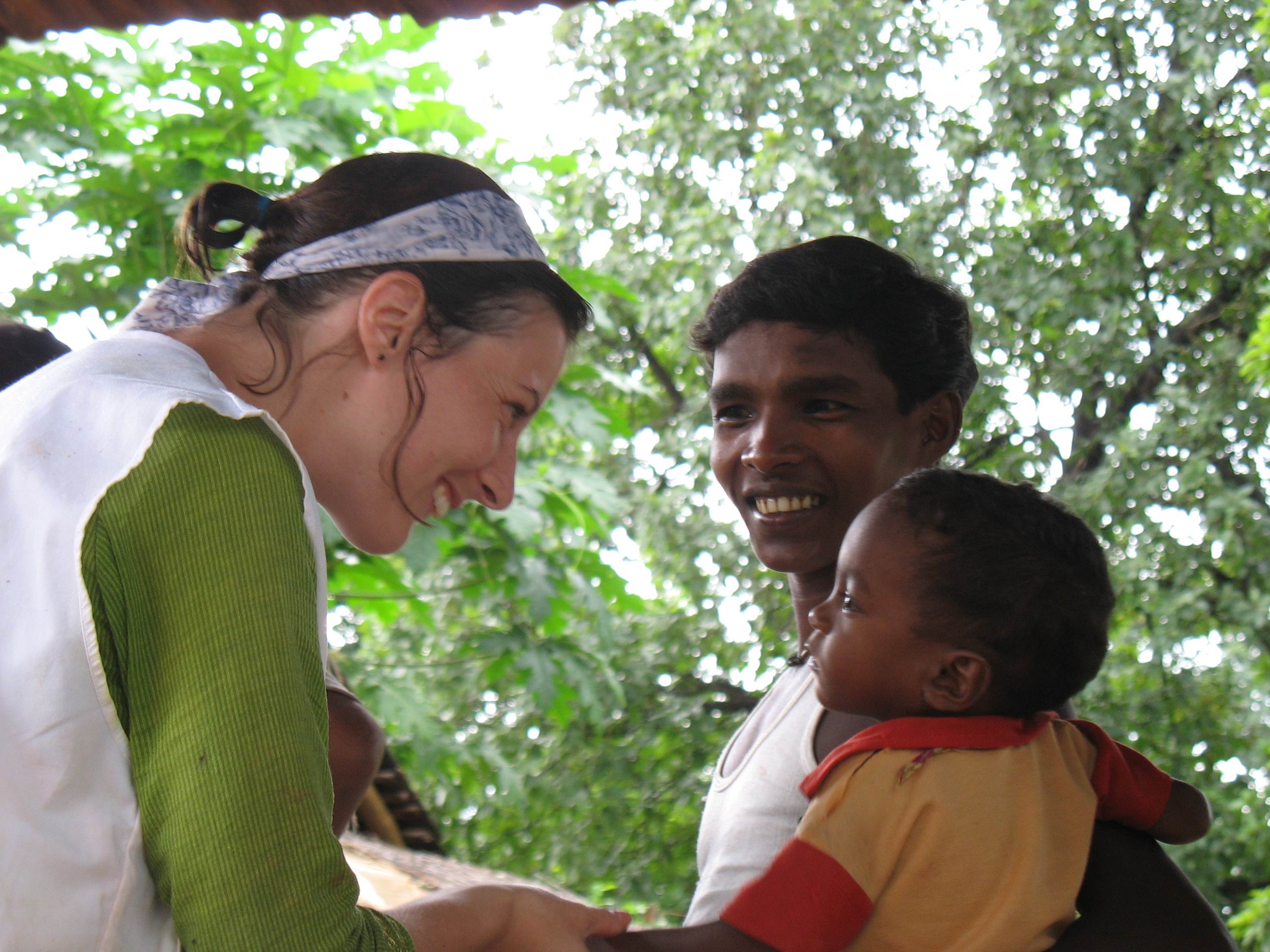 Orla Condren remembers the moment her life was put in sever danger as though it were yesterday. She had been working as a nurse with the international aid agency Médecins Sans Frontieres (Doctors Without Borders) in a troubled part of India when she found herself held at gunpoint for 20 minutes. The Tipperary woman had been treating a severely injured man in a make-shift hospital when rebels broke in and attacked patients.

“It was very frightening, of course, but in a strange way, it was worse afterwards when I thought back to what had happened,” Orla, now 34, says.

“In the heat of the moment, your survival instincts kick in and I suppose you feel you’re going to come out of the situation okay.”

Few would have questioned her motives had she packed her bags there and then and returned to the security of Ireland. She had already sacrificed so much for such aid work, including a relationship back home. But Orla Condren was smitten by work in some of the world’ most dangerous territories and has been on several MSF missions around the globe since.

“There is an enormous need for medical personnel in large parts of Africa and Asia,” she says, “and, in a selfish way, you can see at first hand the impact you’re having there. There’s also great camaraderies among us medical staff”

“And,” she adds with a hearty chuckles, “I suppose you have to be a bit mad to do it too.”

It certainly takes a certain sort of person to put their own life in danger for the betterment of others.

“The thing is, when you’re working on the ground and you’re busy with patients who need urgent medical care, you don’t have time to be thinking of danger. You’re in the zone, so to speak.”

But even during moments of downtime, the horrors of conflict were often close at hand, especially when she was in the Central African Republic. “ Sometimes, at night, you would ehar the screaming of women,” she says. “Rapes were all too common and it was heartbreaking to know that there was very little you could do about it.”

The hardship suffered by females in global conflicts will be highlighted on International Women’s Day tomorrow, yet Orla found that even in the most trying of circumstances, women were fiercely resilient. “ Many can adapt to even the most awful of scenarios,” she says. “And it’s that that can really help us aid workers when we are feeling down.”

Jane-Ann McKenna is the director of the Irish division of MSF and, at 31, is one of the youngest heads of an NGO in this country. The Dublin headquarter is entirely staffed by women, although Jane-Ann says this is more down to accident than design.

The Dublin accountant had previously worked in the corporate banking sector but the experience of a three-month stint working at a Romanian orphanage when she was 18 stayed with her and she sought to bring her project management skills to another charitable organisation.

“MSF matched what I was looking for,” she says, “ especially as I would work with them in an HR and management capacity in the field.”

Like Orla Condren, Jane-Ann’s postings to places such as the Central African Republic, Darfur and Kyrgyzstan gave her an on-the-ground appreciation for the suffering that civilians were experiencing, although she says she rarely felt as though her life was in danger.

“MSF does not take sides,” she says. “We help everybody we can and the fact that 80pc of our funding is from private donations makes it easier for the organization to be neutral.”

Despite this, she says that MSF has directly come under attack in the past.

A pair of Spanish aid workers were held in captivity in Somalia for almost two years before being released last summer and earlier this year, five MSF staff were abducted in Syria.

They have not yet been released.

Jane-Ann says MSF volunteers who return time and again are likely to be more suited to a nomadic experience than most. “It tends to appeal to those early on in their careers,” she says. “Or to those who are at a stage of their careers where they feel they want to give something back.”

On her first mission, in Darfur, she had to quickly adjust to a frugal existence. “It can be pretty Spartan,” she says, “and can take some getting used to, but once you do, you’d be surprised by how quickly it feels normal.”

Nobody, she insists, works on an MSF mission for the money. “The salary is €10,000 per annum (accommodation, food and so on, is covered) and ideally, we expect people to go out for at least nine months at a time. We realise it’s a really big commitment, when you consider family and so on, but the rewards for those go are great.

Jane-Ann says that a project in post-civil war Sri Lanka centering on rehabilitating people suffering from debilitating spinal cord injuries is especially close to her heart. “It’s not just trauma conditions that MSF works in,” she says, “although that is a huge part of what we do. We’re also trying to help people get their lives together and that programme in Sri Lanka gives a good example of the agency’s broad reach.”

Since taking over as MSF Ireland director in 2011, Jane-Ann McKenna has attempted to make Irish people more aware of the work the agency does, and that, despite being founded by French doctors, its medics are employed from all parts of the world.

She acknowledges that this is a difficult time to raise money, not just because of the recession but also because of the top-ups scandal and the fact that ongoing controversy over the pay of top charity individuals.

Her own salary is €62,000 and she insists that the organisations has always been transparent about funding and how it is spent. “It is the only way to gain the confidence of the public,” she says. “Otherwise, why would anyone part with their hard-earned money?”

Jane-Ann admits to finding it frustrating that certain conflicts appear to generate so little media interest in the West.

“Very few people you’d take to would be aware of the severe problems in the Central African Republic,” she says.

“They would be much more aware au fait with the crisis in Syria, but the situation in CAR is probably just as challenging.”

Now  permanently based in Dublin, it has taken her some time to adjust to normality.

“I can start thinking long-term,” she says, “rather than nine-months stretches away from Ireland.”

She says loved ones who were supportive of her choice of career when she was on lengthy missions, are relieved she is back on home turf.

Meanwhile, Orla Condren is also getting used to life back in Ireland now that she’s an operations manager at a home care agency in Dublin.

“Family and friends wouldn’t really have a sense of what it’s like to work in conflict zones,” she says, “and often say to me that I must be so relieved to be back and it is nice to have a settled life and start planning for the future. You can really do that when you’re away from Ireland for 12-month stretches, or longer.

“But while I’m enjoying a normal life here, I do miss the buzz you get from working in places like CAR and the Congo and I may sign up for another MSF mission sometime in the future.”