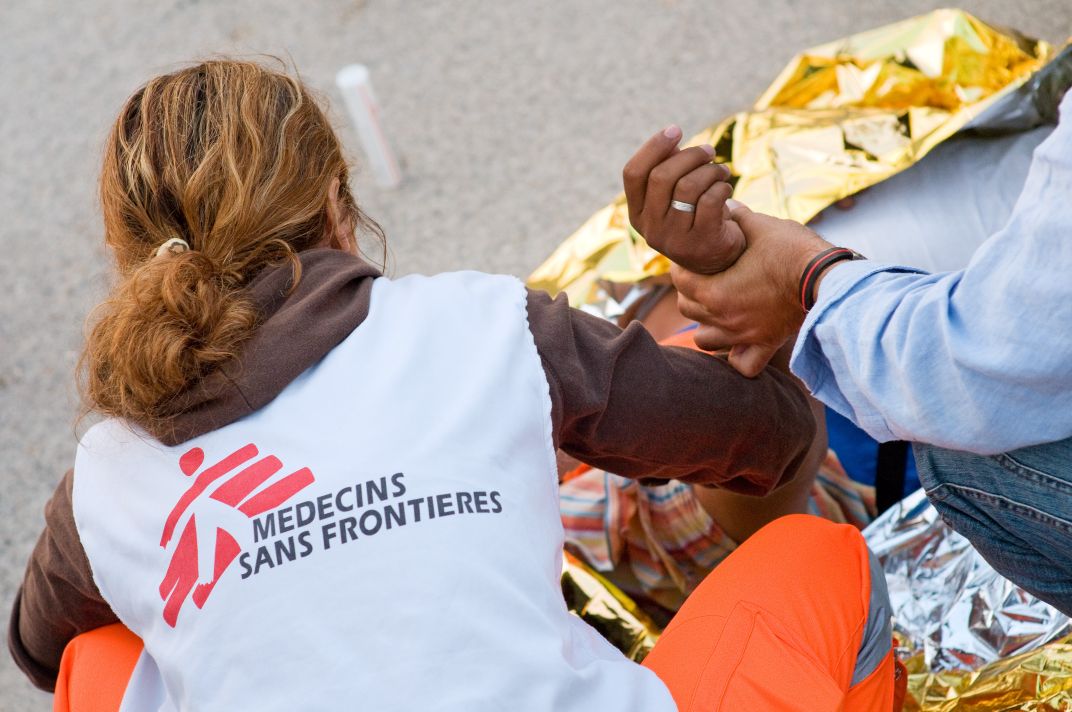 New Italian government policies to curb the influx of migrants have led to a sharp decrease in the number of migrants and refugees arriving by boat in Lampedusa, Italy.

As a result, Médecins Sans Frontières/Doctors Without Borders (MSF) is withdrawing its team from the island. Between May and October 2008, more than 21,000 migrants and refugees landed on the island after a perilous sea journey across the Mediterranean, according to MSF in Italy.

During the same period this year, MSF teams saw fewer than 200 migrants. MSF is extremely concerned for the fate of the migrants stopped from landing in Italy.

Since the new government policies were implemented earlier this year, many boats carrying migrants have been reportedly intercepted at sea and forced back to Libya.

The first official ‘forced return’ announced by the Italian government took place in May this year. Migrants are being denied the opportunity to land in Europe and receive much-needed humanitarian assistance. They are also exposed once again to the violence and abuse endured while trying to reach Italy.

“We often hear horrific stories from our patients about what they endure during the journey. They have crossed the desert, been locked up in prisons where they have been given no food or water, they have been mistreated, beaten up, women have been raped.

They go through hell before they finally manage to get on a boat to Italy or Malta. And now they are being sent back to relive this nightmare all over again. This is a huge threat to their health and even their lives”, said Antonio Virgilio, MSF head of mission in Italy and Malta.

Lampedusa has been a regular port of disembarkation for migrants and refugees who cross the Mediterranean Sea to Europe for years.

In need of urgent assistance

Since 2002, MSF has provided medical care to those who land on the island. Migrants and refugees arrive in Lampedusa suffering from osteo-muscular complaints, burns resulting from exposure to sun and fuel and dehydration as a result of the dangerous sea crossing.

Many are traumatised by the journey. Increasingly, children and pregnant women, who are particularly at risk, are among those making the journey. In 2008, one in 10 women seen by our teams was pregnant.

In 2008 alone, MSF provided medical care to more than 1,400 migrants and refugees who arrived on the docks of Lampedusa in need of urgent assistance.

Most people seen by MSF came from sub-Saharan Africa – one third came from East African countries, including Somalia and Eritrea. They endure the long, harsh journey to escape conflict, deprivation or widespread violation of human rights.

During the journey, they are often subjected to mistreatment and violence, including rape. Since May 2009, however, MSF has assisted fewer than 160 patients.

In response to the worrying low number of migrants landing, MSF is withdrawing its teams from Lampedusa. “We have reports that some boats are also being sent to Porto Empedocle, in Sicily.

We have tried to assess migrants’ conditions upon landing and provide assistance, but we have not been granted authorisation by the local authorities”, explained Loris de Filippi, MSF operational coordinator.

MSF has been providing healthcare to migrants and refugees in Italy since 1999. MSF also provides humanitarian assistance to migrants in Malta, Greece, France, Morocco, Yemen, South Africa and Thailand.