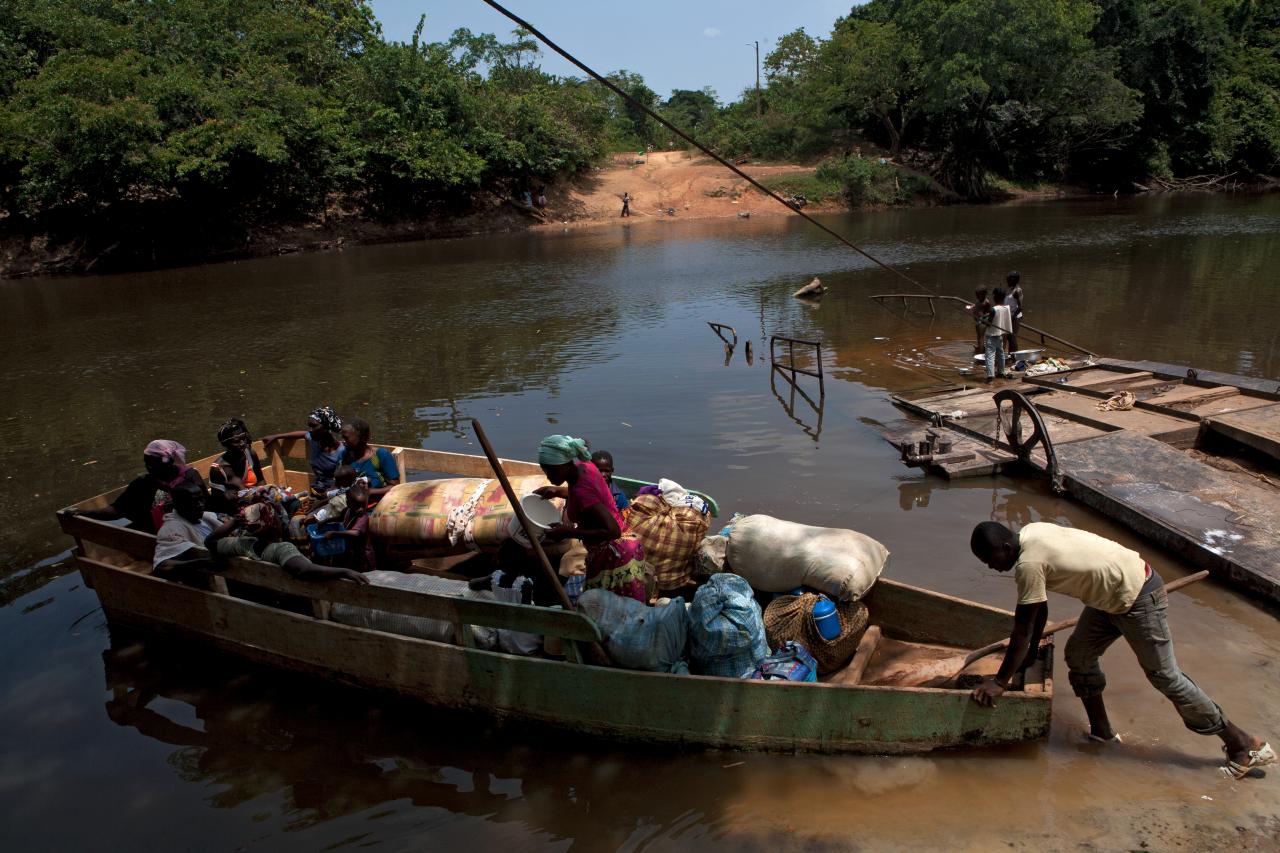 The situation in Ivory Coast remains volatile in the west, following the post-election conflict that wracked the country for several months, intensifying existing inter-communal tensions and land rivalries. Weeks after the violence began to subside, many villages still lie empty, with their communities hiding in the bush, displaced in camps or living as refugees in Liberia. The aid response, however, often fails to meet the needs of the most vulnerable people along the critical border areas of both Ivory Coast and Liberia.

“Many displaced people were either victims of brutal violence themselves or witnessed others being slashed, burned or killed,” says Xavier Simon, Médecins Sans Frontières (MSF) Head of Mission in Ivory Coast. “Some say they knew their attackers, whom they fear may still be near their villages. People tell us they can’t eat or sleep properly and that they suffer from anxiety and heart palpitations. Terrified of further violence or revenge attacks, many choose to remain in hiding or as refugees. Others simply have nothing to return to, as their homes were burnt and their crops destroyed.”

Most health centres are still not functioning in western Ivory Coast. While aid agencies are present in this area, the majority of them still confine their operations to the bigger towns or displaced persons camps. As a result, those people hiding in the bush near the border, particularly those between the areas of Blolequin and Toulepleu, do not have adequate access to vital assistance, including food, shelter or healthcare.

To reach the displaced people, each week MSF sends mobile medical clinics to 25 locations along the west and southwest of Ivory Coast, in addition to running another 20 mobile clinics along the border counties inside Liberia. In May, MSF mobile teams carried out 5,000 medical consultations in the western Ivorian border area; up to one-fifth of them with people who were still hiding in the bush. MSF is now also extending mobile clinics to areas around Toulepleu and south of Bloléquin to provide increased access to healthcare. Yet, only those hiding on the outskirts and not deep inside the bush will be able to reach these.

Across the border, more than 100,000 Ivorians are estimated to have sought refuge in Liberia, with small numbers still crossing each week. MSF teams continue to treat newly arrived refugees in very poor health as a result of the many weeks they spent hiding in the Ivorian bush. The vast majority of refugees are scattered in Liberian villages close to the border — an area that is chronically food insecure. However, recent MSF visits to several villages in Nimba County that are not the officially designated relocation ones reveal that many refugees and host populations have not yet received any food or basic cooking or shelter items. Heavy rains, poor roads and broken bridges are further obstacles to the provision of adequate aid to this widely dispersed population.

“People displaced by violence face an unacceptable lack of options,” notes Simon. “As the hunger gap approaches, refugees in Liberia risk being left without vital assistance unless they move to specific official locations. In Ivory Coast, frightened people in the bush must often make the cruel choice to travel to villages where they don’t feel secure, in search of food or medicine. It’s crucial that emergency aid comes closer to where people have chosen to seek safety.”

Rainy season has resulted in widespread malaria across both Ivory Coast and Liberia. Displacement then brings further healthcare complications. In the border areas of both countries, more than one third of all MSF consultations are for malaria, including severe malaria, leading to anaemia. One of every ten consultations with refugees in Nimba County, is for generalised body pain, an indication of the harsh living conditions and the physical consequences of psychological trauma.

Elsewhere in Ivory Coast, MSF continues to provide emergency medical assistance in Abidjan, the economic capital. Here MSF teams assist a vast number of people seeking care for obstetric, medical and surgical emergencies, along with general healthcare. Since the start of MSF’s emergency response in the Ivory Coast, the organization has provided medical care to 95,000 people inside the country and to 27,000 Ivorian refugees in Liberia.

For personal testimonies of people still fearing for their safety in Ivory Coast and those who have fled to neighbouring Liberia please click on the following links.

"They started to shoot and kill people and burn houses. I fled into the bush with my baby."

"Why did they pick on me and burn me? I’m innocent."

"Without MSF, this hospital would be filled with dead bodies."

"Since we are here no one has gone back to our village - it is not safe there, they will kill you if you go out to your fields."

"My son drowned as we crossed the river to Liberia. When we arrived in Liberia, the first thing I had to do was bury him."