Adrian Guadarrama is deputy programme manager for Kenya, based in Geneva with Médecins Sans Frontières

I was in Dagahaley in late March this year—one of the three camps that make up the Dadaab refugee complex—when news spread that Kenya was calling for closure of Dadaab along with Kakuma. The two together, host almost half-a-million people.

The UN’s refugee agency (UNHCR) was given two weeks to decide their fate—that is, to come up with a plan to wind down the camps.

A plan that, if disproportionately focused on sending refugees back against their wishes, would put their lives and wellbeing in jeopardy.

For now, the Kenyan High Court has temporally stalled any move to abruptly close the camps.

But for the refugees, the shadow of camp closures looms increasingly large. 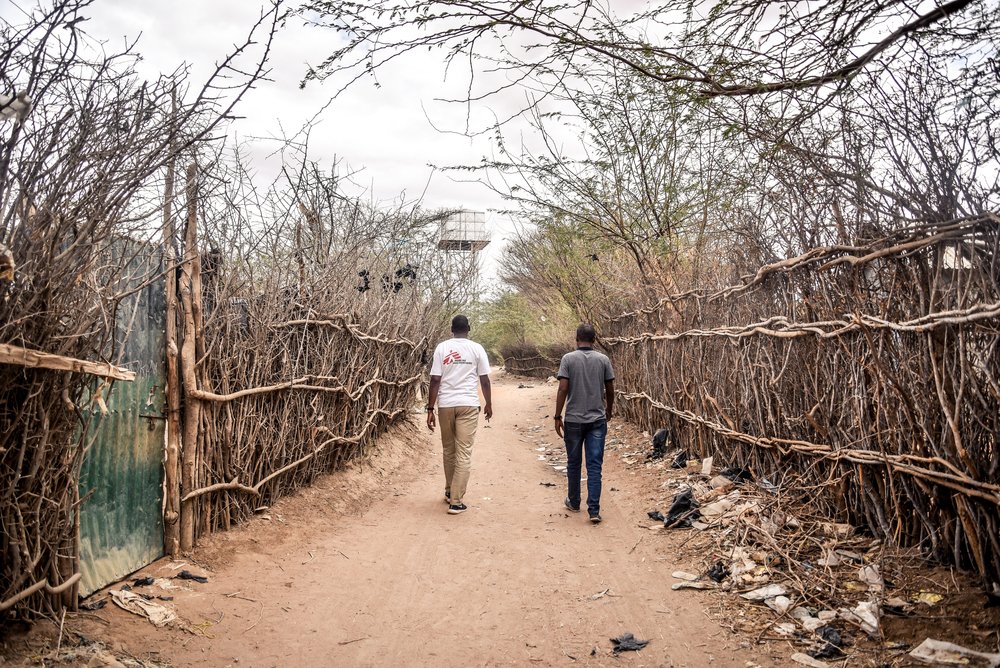 Paul Odongo/MSF
MSF Staff walking through one of the streets in Dagahaley camp, Dadaab.

Imagine yourself in Dadaab: adrift amid a sea of red dust in remote north-eastern Kenya, dotted with scraggly thorn trees, not knowing what will come next, with no grip on your future, completely dependent on shrinking humanitarian aid and petrified of being pushed back into Somalia, a country your parents escaped almost three decades ago but that is yet completely unknown to most young people in Daadab.

Since they fled, violence has only entrenched itself further in Somalia. And an unpredictable climate punctuated with droughts and floods has made survival that much tougher.

A rash decision could cause devastating consequences

Previous calls for camp closure, notably for Dadaab, have come in the wake of terrorist attacks in Kenya. Unverified claims were made that camps had enabled these attacks, which only stigmatised refugees further.

But Kenya’s renewed intention to hastily close the camps appears out of the blue, comes across as imprudent, inconsiderate and irreverent.

To even consider closing the camps in the middle of a mutating pandemic, and especially during a period of increased fragility in Somalia, is rash to say the least and flies in the face of good public health and human rights practices. 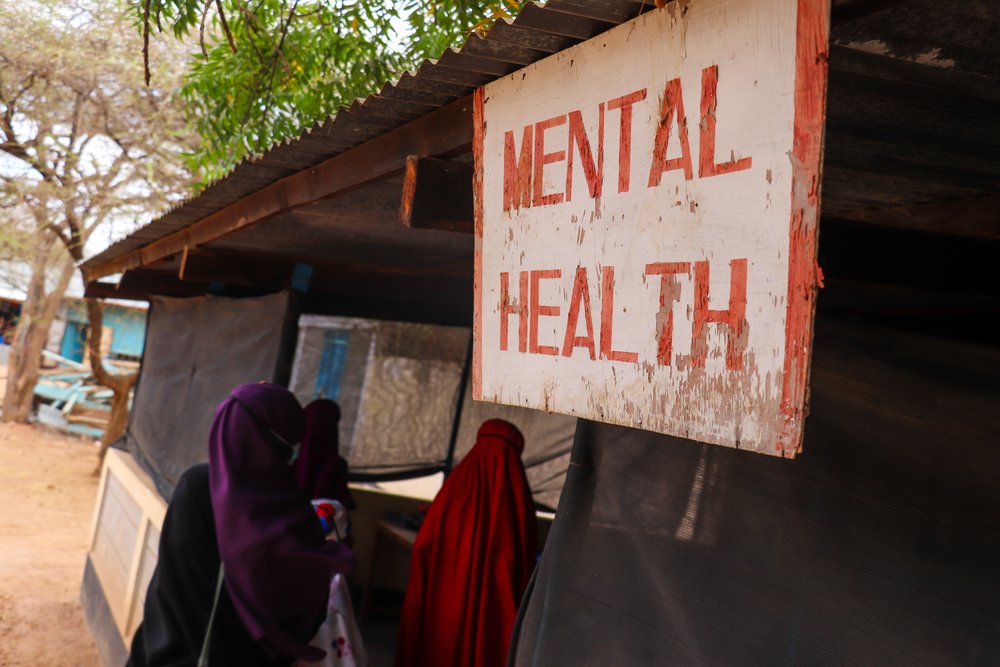 /MSF
A signpost outside MSF's Mental Health Clinic in Dadaab.

If not well thought through, the result of such a decision will have devastating consequences for refugees.

Being a refugee in Dadaab today means being a viewer on the front row while others card-play your future.

Even so, Kenya has demonstrated immense generosity in hosting hundreds of thousands of refugees, in stark contrast to many wealthy countries that have pioneered devious ways to flout refugee rights.

But causing a new crisis with an abrupt closure of camps cannot be the endpoint of solidarity Kenya has shown in welcoming refugees in the first place.

"Refugee camps are not a solution"

Kenya has no excuse to pull up the drawbridge and leave refugees stranded without offering them options to lead a dignified life in safety and freedom.

Refugee camps are not a solution—we agree with Kenya on this—especially when displacement stretches for decades. 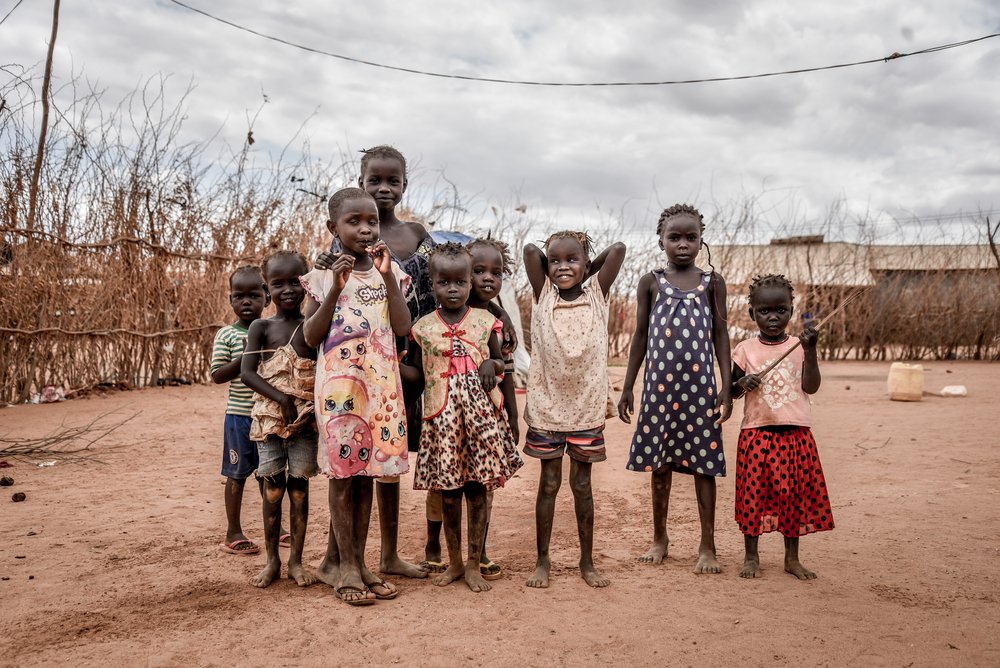 It is precisely for this reason we’ve been calling for sustainable solutions for refugees for some time now.

Kenya can support refugees to integrate within local societies. The swift passage and enforcement of the Refugee Bill—currently being debated in the Kenyan parliament—will ensure refugees can move freely, earn a living and access public services.

At long last, they can make choices, steer their lives, and if provided with a safety net to fall back on, can even be audacious, enriching Kenyan society.

Kenya cannot—and should not—do it all by itself. Kenya’s economy, like many others, has been sharply hit by the pandemic. Public debt has piled up, and it is at high risk of debt distress.

Even a steep recovery will leave many Kenyans struggling through the next months and years. 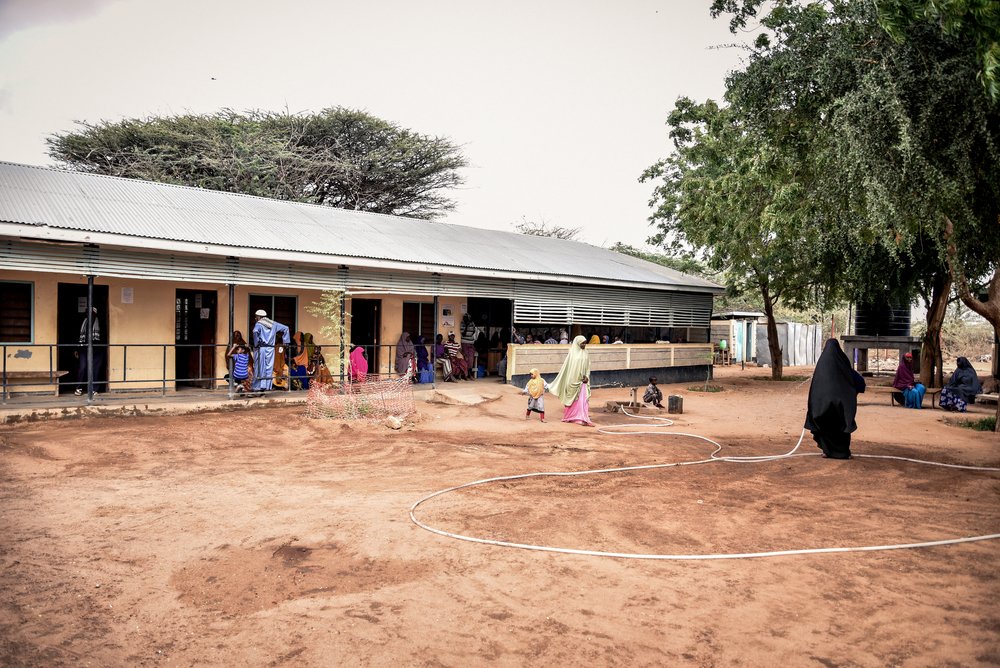 Only a few governments provide humanitarian assistance for refugees living in camps.

But even humanitarian funding has been declining, with sharp cuts announced for this year, leading the World Food Programme to reduce food rations by almost 60 percent.

It is imperative upon resource-rich governments to shoulder their fair share of responsibility.

They should urgently increase development funding to help Kenya expand its public services in order to integrate refugees in local communities, while ensuring sufficient levels of humanitarian assistance until local solutions have been fully realised.

It is also time for multilateral institutions such as the World Bank to catalyse the search for durable solutions for refugees.

Along with UNHCR, it needs to be relentless in its efforts to bring Kenyan lawmakers and authorities around the table to devise a local integration pathway for refugees. 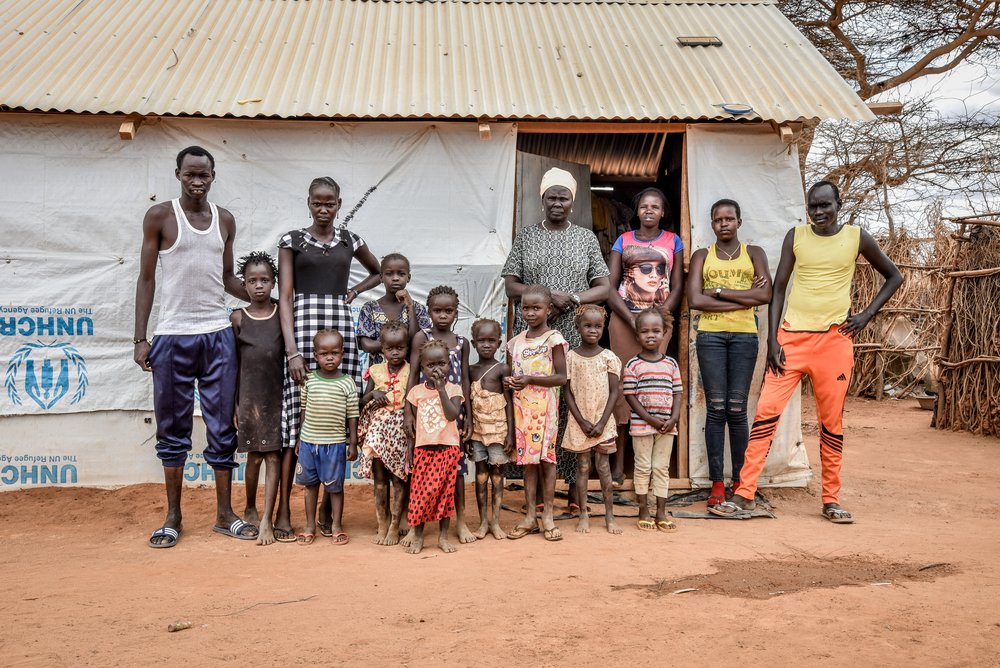 Paul Odongo/MSF
A refugee family standing outside their house in Dagahaley camp.

But promoting local integration shouldn’t become akin to an outsourcing contract for wealthy governments, where they can substitute their responsibility to take in refugees through fitful payouts.

Last year, resettlement was at a record low.

Adequate safety and health screening protocols are now feasible, so COVID-19 can no longer be an excuse.

A failure of peace initiatives in Somalia

Above all, the UN and the international community must reinvigorate their efforts to promote peace and stability in Somalia.

The very fact that Dadaab has existed for three decades is a failure of peace initiatives in that country.

Back in Dadaab, news to close the camps could be the last straw that threatens to break the resilience of refugees.

It comes at a time when many refugees, especially in Dagahaley, were already showing heightened mental health concerns for lack of progress in finding durable solutions. 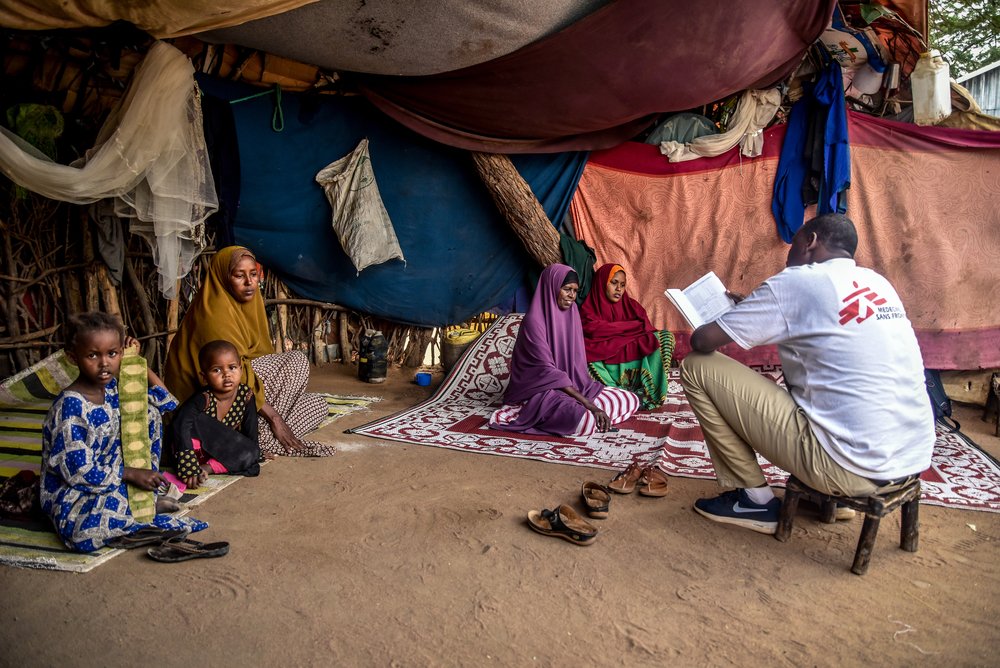 In 2020, in Dagahaley alone—where Médecins Sans Frontieres has been providing healthcare for over a decade—three people took their lives and 25 others reportedly attempted suicide.

In Dadaab, I asked one of the refugees how they would like the last chapter of the camp to be written. The answer was simple: ‘I want a peaceful life’.

I join the refugees’ dream of one day leaving Dadaab, but not at any cost. When the time comes for them to leave Dadaab it must be because they freely choose to do so, and only once their dignity, health and freedom have been secured.

more on our work in kenya >