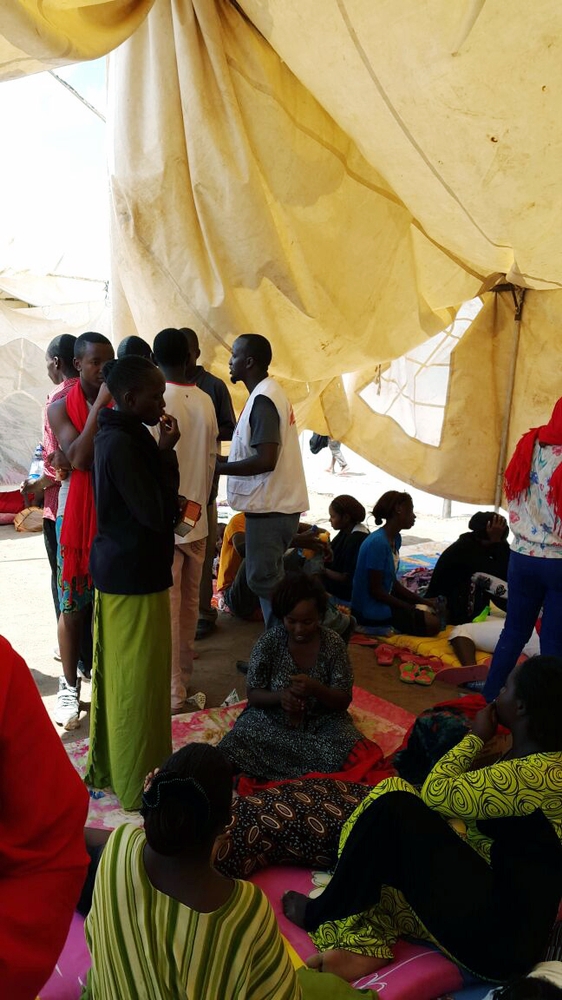 In response to the attack on Garissa University which took place on Thursday 2 April, a Médecins Sans Frontières/Doctors Without Borders (MSF) medical team is providing support to the Kenyan Ministry of Health at Garissa Hospital.

Currently, MSF is treating survivors of the attack suffering from gunshot and blast wounds, as well people who sustained cut injuries from shattered glass during their escape.

“Our team has been working since Thursday afternoon, supporting Garissa Hospital’s teams with the influx of wounded,” says Charles Gaudry, Head of Mission for MSF in Kenya. “So far, they have treated more than 70 wounded patients. They are helping with triage, providing emergency care, and are supporting the surgical ward.”

MSF
MSF is treating minor injuries at Garissa airport where hundreds spent the night before being evacuated.

The MSF team consists of one doctor, three nurses, five clinical officers, one operating theatre nurse and two logisticians.
Since this morning, MSF has also been providing medical care at Garissa airport, to where hundreds of students were evacuated and spent the night.

MSF is also distributing water and food. The students are expected to be transported to Nairobi in the coming hours by the Kenyan authorities.

“The situation is extremely difficult, and the students are in a lot of shock,” says Dr Bashir Abdiweli, who is coordinating MSF’s response in Garissa. “We are mainly treating injuries sustained when they escaped the site. A few were referred to the hospital, and we are referring many others for post traumatic counselling.”

The MSF teams will remain at the Garissa Hospital and at the airport for as long as support is required.

MSF has been continuously working in Kenya since 1987. The organisation is currently running medical activities in Mathare and Kibera slum settlements in Nairobi, with a focus on sexual and gender based violence care as well as HIV and drug resistant TB.

In Kibera, MSF also manages an inpatient maternity ward and an ambulance service for obstetric and other emergencies. In Homa Bay, MSF runs an HIV program. MSF also works in Dagahaley refugee camp in Dadaab, providing hospital and primary healthcare.