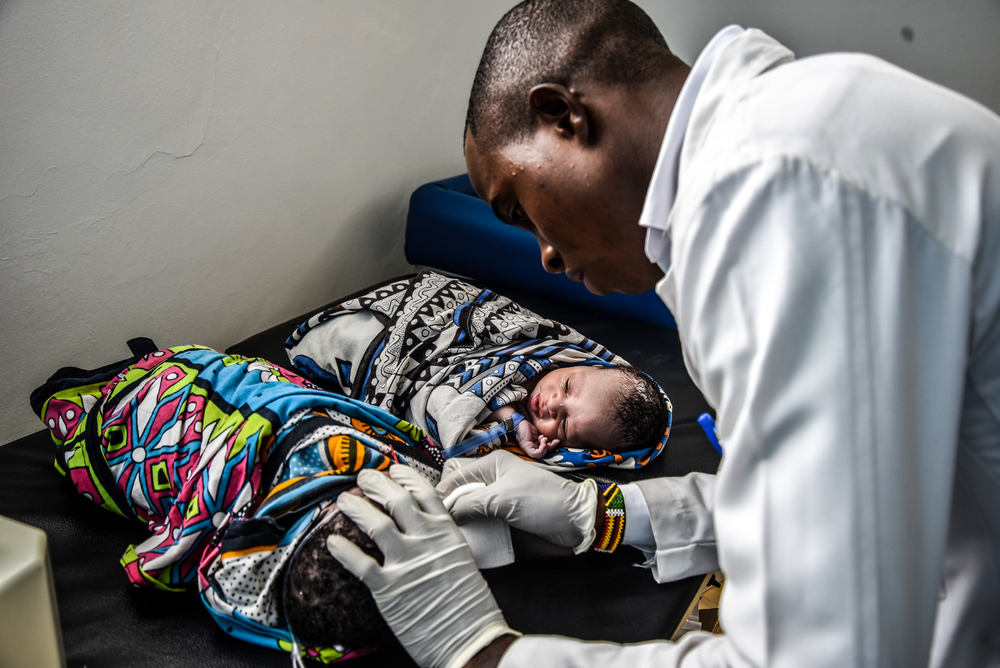 MSF started offering sexual and reproductive health services in Likoni, Mombasa County in Kenya in January 2016. Prior to that, there were no existing services for Comprehensive Emergency Obstetric and Neonatal Care in Likoni Sub County. Expectant mothers faced the risk of complicated deliveries due to delays caused by crossing a ferry channel to access maternal services in Mombasa island. Since the available facilities in Likoni could not accommodate the expected numbers, MSF decided to expand and equip a centrally-located health facility in Likoni.

A woman screams. Muffled sounds of encouragement from a midwife can be heard through a white door labelled ‘Delivery Room’. It’s not long before a sharp baby’s cry follows from the room in the temporary MSF health centre in Likoni, southwest of Mombasa Island.

The waiting area just outside the delivery room is a hive of activity: expectant mothers are seated on a bench waiting for their consultations as yet more walk in. Others are leaving the labour wards to have a walk around, while nurses and midwives move from one room to another. The ceiling is high and the place is well lit through the skylights in the roof. 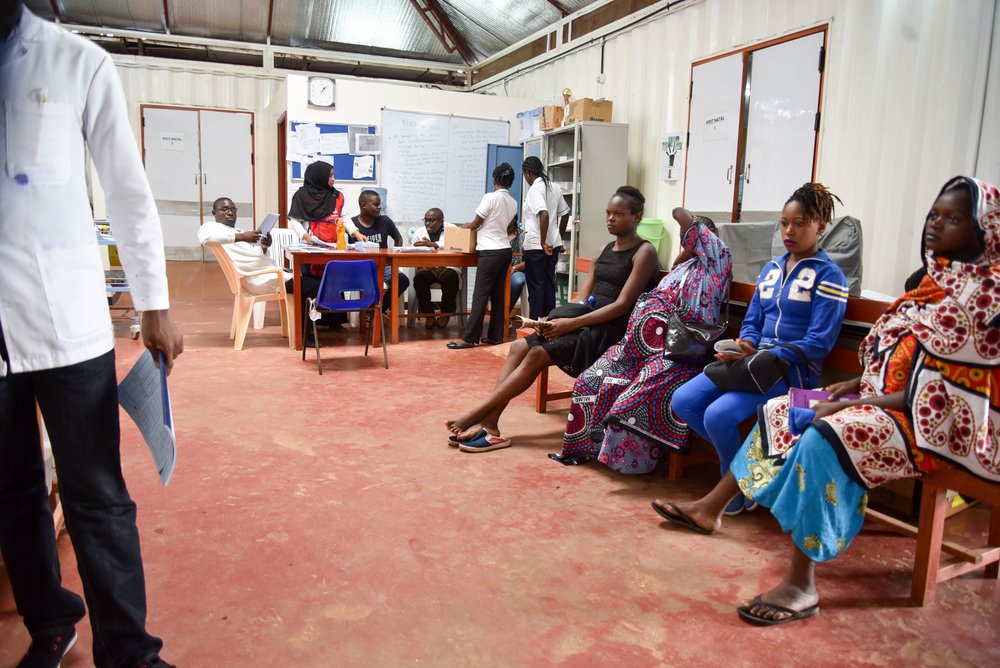 Paul Odongo/MSF
The reception and waiting bay in the modified shipping-container facility in Likoni.

Shamir Rama, 19, has just delivered her first child. She was brought in by her parents. “I didn’t know where I would give birth, since many government hospitals are not working. I’m glad I was admitted here,” she says. It’s July 2017, and a countrywide nurses’ strike in Kenya has entered its second month. More than 1,000 mothers have given birth in the shipping-container facility this month – a new record. On this day, more than 35 babies are born here.

Before MSF started its medical activities in Likoni, there were no emergency obstetric or neonatal care facilities in the highly populated sub-county of Likoni. Expectant mothers had to take a ferry across the channel to reach the maternal services on Mombasa Island. In an emergency, the time taken to make the crossing could prove life-threatening for mothers and babies alike. This is why MSF decided to rehabilitate and expand the old Mrima health centre in Likoni.

In January 2016, the refurbishments got under way. To ensure access to medical services until the new health centre was functional, MSF set up a temporary facility made from shipping containers, bound together to make a fully functional hospital complete with operating theatre. The ‘Container Village’, as many came to refer to it, became a haven where many mothers could deliver their babies in safety, even with complicated pregnancies. 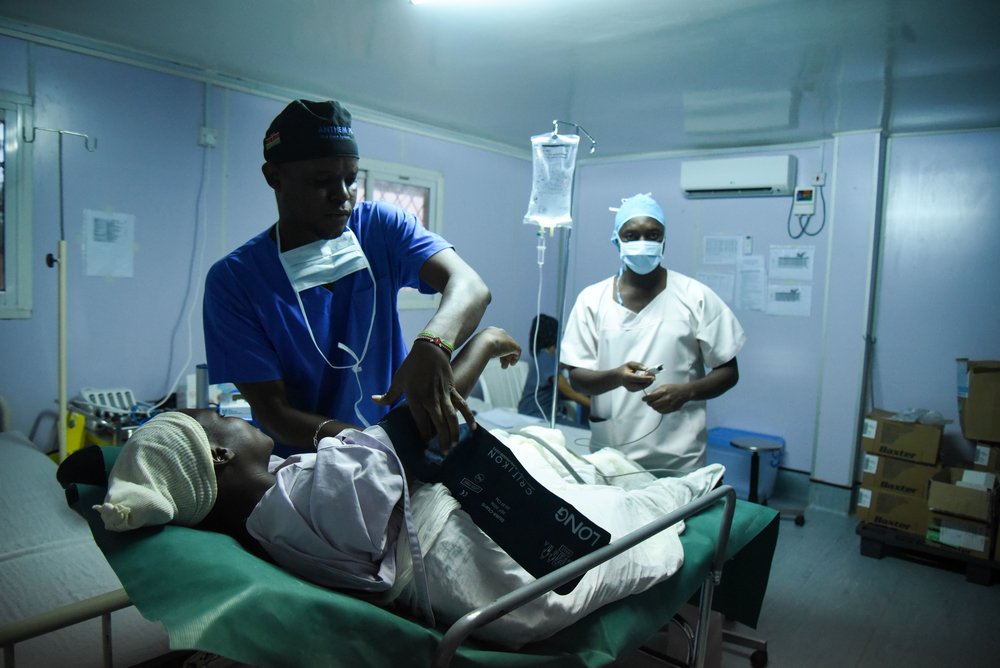 MSF/Paul Odongo
Anaesthetist George Njenga examines a patient in the recovery room after a cesarean section in the shipping-container facility.

At the onset, MSF assisted around 300 deliveries a month. But when a 100-day doctors’ strike was followed by a countrywide nurses’ strike in June 2017, many people in Kenya were left without access to medical care. The ‘Container Village’ struggled to cope with the huge increase in patient numbers during that time. In 2017, MSF teams assisted 7,873 deliveries in the health centre, including 1,656 by caesarean section. This was more than five times the number of the previous year. For the two years and four months that the shipping-container facility was operational, medics assisted 11,578 deliveries in it.

During the public health workers’ strikes, pregnant women came to the ‘Container Village’ not only from Likoni, but also from other sides of the coastal region. “We had several patients who arrived at our clinic on the verge of death, having come from far away. Fortunately, we were able to help all of them in time,” explains Carol Mugun, MSF’s maternity supervisor in Likoni at the time.

Twenty-nine-year-old Fatuma* was brought in on a Friday night, having been referred with complications from a clinic in Msambweni, a two-hour journey away. Three days after being admitted, her memory of what had happened was still unclear. “She was in shock, breathless and had lost a lot of blood when she was referred here,” says Carol. She had also lost her child.

Despite the pain of losing a child and not being able to conceive again, Fatuma and her husband are both relieved. “I am just thankful to be alive, to be able to take care of my other children,” Fatuma says. She has three other children, the eldest being nine years old. “I had never heard of this hospital until that day,” says her husband Salum*, about MSF’s ‘Container Village’, “but I am forever grateful to the doctors. I will never forget this place.” 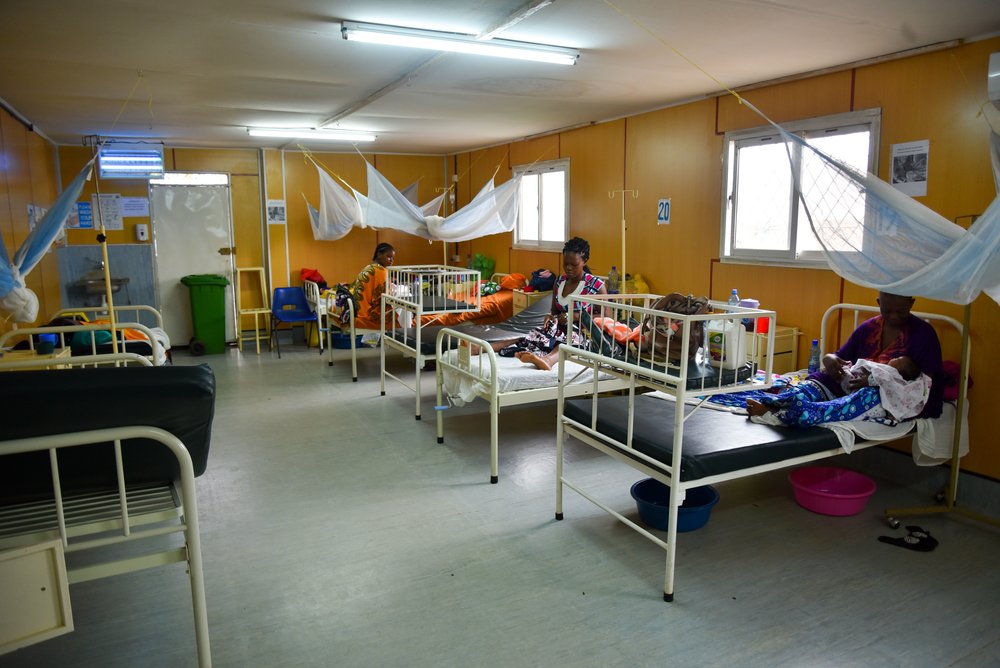 Many people, including the medics, had never been to a hospital made out of shipping containers before. To most, the place looked rather odd from the outside. “Initially we thought it was going to be too hot and inhabitable, but fortunately that wasn’t the case,” says Carol. “This was my first time working in a hospital made of containers, but it has been enjoyable. I have many fond memories, as do many of the patients.”

“I was referred here from Likoni sub-county hospital,” recounts one woman who delivered in the ‘Container Village’. “When I entered the facility I was quite surprised, as I hadn’t expected it to look like this on the inside. It was well-equipped and clean, and the doctors and nurses were nice and professional.” 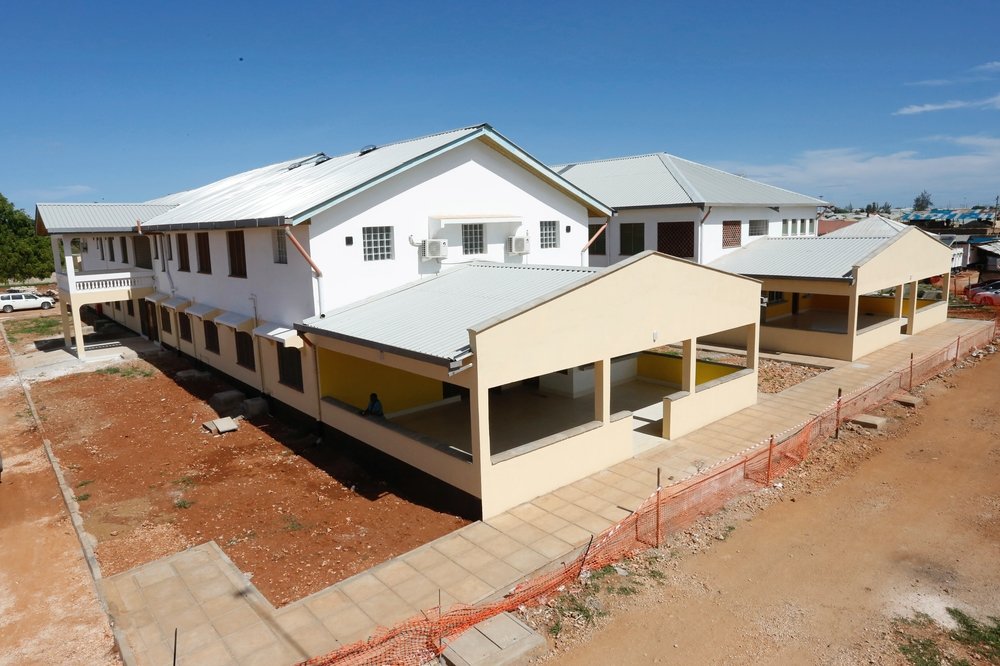 In May this year, after two years of rehabilitation work on the old Mrima health centre in Likoni, MSF officially opened the new, expanded facility. “This 31-bed health centre includes professionally designed consultation rooms, with plenty of space and improved medical fittings to cater for a higher number of patients and provide a better environment for mothers to deliver in,” says MSF’s head of mission in Kenya, Stephanie Giandonato. “This is part of MSF’s commitment to providing quality healthcare and emergency medical services, ensuring that mothers can access professional emergency obstetric care and maternity services, close to where they live.”

All services have now been moved into the new facility and the empty ‘Container Village’ has been laid to rest, with everyone involved proud of the role it was able to play in helping many expectant mothers when it mattered the most.