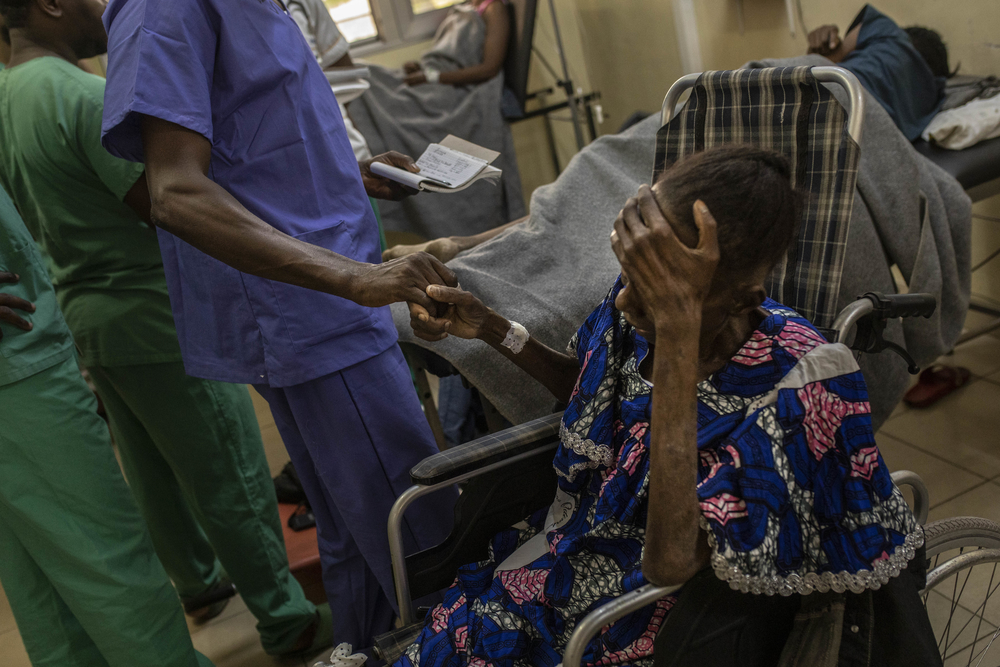 A few weeks ago, the countries of the world gathered in Lyons to announce their contribution to the Global Fund to Fight AIDS, Tuberculosis and Malaria. At the event, almost $14 billion were pledged to support the fight against these diseases over the next three years. While this is a respectable sum, it is far from enough to meet the growing needs faced by the worst-affected countries. An illustration of this is in the Congolese capital Kinshasa, at one of the few facilities to treat patients with advanced HIV/AIDS.

Kinshasa, in the Democratic Republic of Congo (DRC), is only just stirring, still muggy from a storm-filled night that heralds the arrival of the rainy season. Through the distinctive smell of soil after rain, only the noise of motorbikes venturing through the muddy streets rises above the sound of raindrops falling on sheet-metal roofs. Here and there, traders hope to sell cigarettes and lighters to hurried commuters.

Opposite the National Congolese Radio and Television Tower, dozens of people wait in near-complete silence for the opening of the Kabinda day hospital (known by its French acronym CHK). The CHK is managed by Médecins Sans Frontières/Doctors Without Borders (MSF) and is dedicated to the treatment of people living with HIV.

“I left home at 5.30 am because it takes me an hour and a half to get here on public transport,” says Maria*, 21 years old, her ear held to her radio. “I have known I was HIV-positive since January. Since then, I have come here each month for a consultation and to get my medicines.” 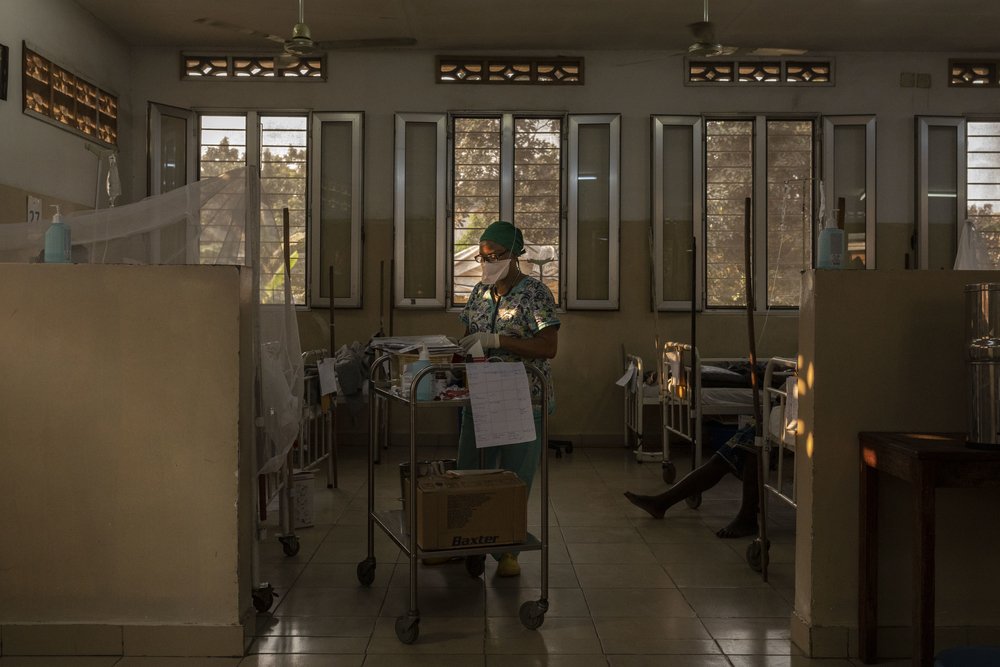 Maria lowers her eyes. She still has a long way to go before accepting her status in a country where prejudice against those living with HIV remains strong. According to UNAIDS, there are 450,000 people living with HIV in DRC,[1] less than one per cent of the population. The disease remains little understood by many. Compared to other countries in southern Africa, DRC is a ‘low prevalence’ country, but this also means that there is extremely low healthcare coverage for people living with HIV and intense stigmatisation of those that are. Combined, these two factors make accessing screening, treatment and care very difficult. Fewer than 60 per cent of those living with HIV in DRC are receiving treatment.

Most people come too late

In her office next to the waiting room, Gisèle Mutshinia, director of the CHK, doesn’t wait for our questions to come straight to the point. Between two phone calls and some furtive glances through the window, she speaks quickly about the issue that has been keeping her up at night. “Last month, over half the patients who came to the CHK were in the advanced stages of the disease and needed emergency care. They came far too late. It was as if they were waiting until they were at death’s door before coming to receive treatment.” Sighing with frustration, she takes us to the inpatient and intensive care wards at the back of the building.

Beneath the fans, running at full power, the sickly, frail, paralysed bodies of patients seem almost lost among their bedsheets. Here, it is common for an adult to weigh barely more than 35 or 40 kilos. There is no noise, as if even the idea of moaning would be enough to exhaust what little energy they have left. Only the medical staff appear in a good mood, aware of constantly being on the brink.

Stefano Zito, an Italian doctor has been working at the CHK since March.

“As an emergency doctor, I had never seen these diseases in Europe. It’s like living in a medical textbook, seeing every form of HIV, including those that seem absolutely impossible. HIV is not a disease; it is a virus that makes the body vulnerable by weakening its defensive system. AIDS is when the defences have been lowered to the extent that opportunistic infections occur. And then...”

He stops, aware that continuing with his explanation would be pointless. Simply glancing around the room is enough to understand the devastation of this pernicious virus.

DRC, like other countries in Central and West Africa, desperately lacks the resources needed to win the fight against HIV and to provide quality care to patients. The result is that, in 2018 nearly 13,000 people in DRC died as a result of HIV/AIDS, an average of 36 every day. A powerful mixture of medical, financial and social factors is behind this. These include insufficient screening and awareness-raising programmes, issues with medical supplies, and underfunded, inadequate treatment, alongside major cultural, religious, financial and physical barriers that hinder access to screening and treatment. 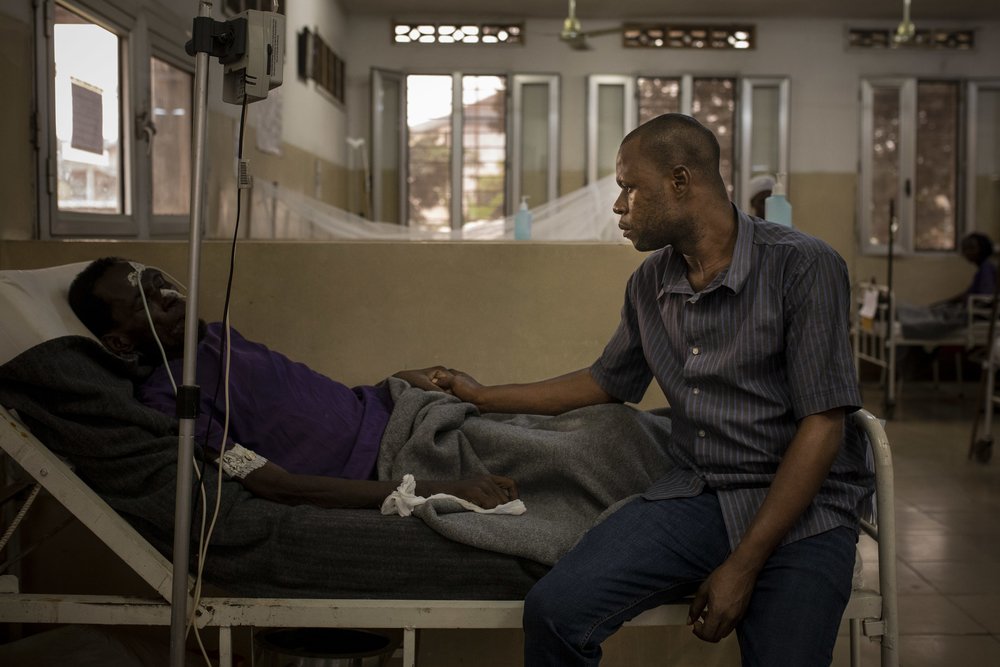 Pablo Garrigos/MSF
Portrait of John* and Jean* in the hospital block of CHK.

For several weeks Claudette* has been at her son’s bedside at the CHK. Patrick,* aged 36 and HIV-positive, has tuberculosis, the opportunistic infection most frequently contracted by patients living with HIV.

“In April, Patrick was very ill, but we did not know that he had HIV,” explains Claudette. “We went to the health centre in my neighbourhood four times, but his condition did not improve. They made me pay 40,000 Congolese francs [24 US dollars], which is a lot for me. Nobody told us that he had HIV.”

“When my son finally learnt about his status, he hid it from me for several weeks,” she continues. “He ultimately ended up coughing blood and feeling faint. After that the health centre referred us to the CHK. At first, I didn’t want the doctors to go near him because I didn’t have money. But they told me that here, everything is free.”

Basic HIV treatment is supposed to be free in public facilities in DRC. However, in this largely underfunded health system, ‘compensation activities’, the charging of unofficial fees to earn money for the facility or for members of staff, have become the unofficial norm. This creates a barrier to healthcare in a country where three-quarters of the population live on under two dollars a day.

“It must be a punishment from God”

Claudette has not told her friends and family that Patrick has HIV. In DRC, having a relative living with HIV means being ostracised from social networks and retreating from others. Their family would blame her, she says, for not having taken proper care of her son. Today, they live alone, hidden, fearful that someone might discover their secret.

“In addition to the fees imposed by certain facilities, stigmatisation and religion are also major issues in the country,” says Angéline Tenguiano, a psychologist at the CHK. “Even in the health facilities, people with HIV are rejected by certain nurses and doctors, and the virus is little understood. People will not dare to shake your hand or buy fruit from you at the market. The patients isolate themselves and put themselves in danger.” 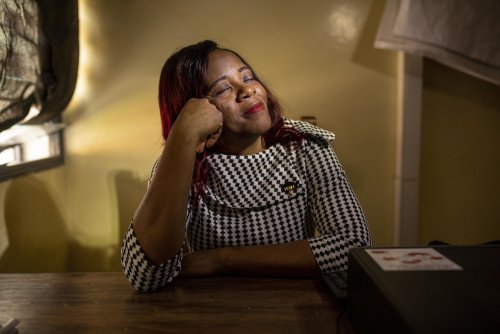 Pablo Garrigos/MSF
Portrait of Angeline Tenguiano, MSF psychologist in CHK, in her office.

André,* 43 years old, was diagnosed with HIV in 2010 and had to return to the CHK after a first stay in intensive care a month ago. He barely made it this time. Close to death, he made a three-hour bus journey with his brother John* to get here. “Normally, when you have a disease, you take medicines and the body heals itself. With HIV, this is not the case. It must be a punishment from God,” says John. “Only my father knows what is going on, but he told me to say nothing to anyone else.”

On every street corner, prophets and miracle workers proclaim that HIV is the work of Satan. This turns HIV from a virus into a curse, something that only prayer can cure. Stefano, the MSF emergency doctor at the CHK, acknowledges the prevalence of this viewpoint. “Congolese colleagues have strongly recommended that I don’t say the word ‘HIV’ here, despite it being the very purpose of this centre. For certain patients and their family, even the word is taboo.”

HIV/AIDS is not a death sentence

Faced with HIV, the patients and their families are torn between competing pressures. They want to protect their family, whose well-being comes before that of any one member, and they feel they must repent before God. It is only when the situation does not improve, and the pain becomes stronger than the shame, that they finally will turn to medicine.

Even so, in Kinshasa as elsewhere, HIV/AIDS is not a death sentence. As Pascaline Rahier, coordinator of MSF’s AIDS project in Kinshasa, explains, “If the essential medicines were available and subsidised, and treatment were provided for free, we would have far fewer advanced-stage patients. And far fewer deaths.” 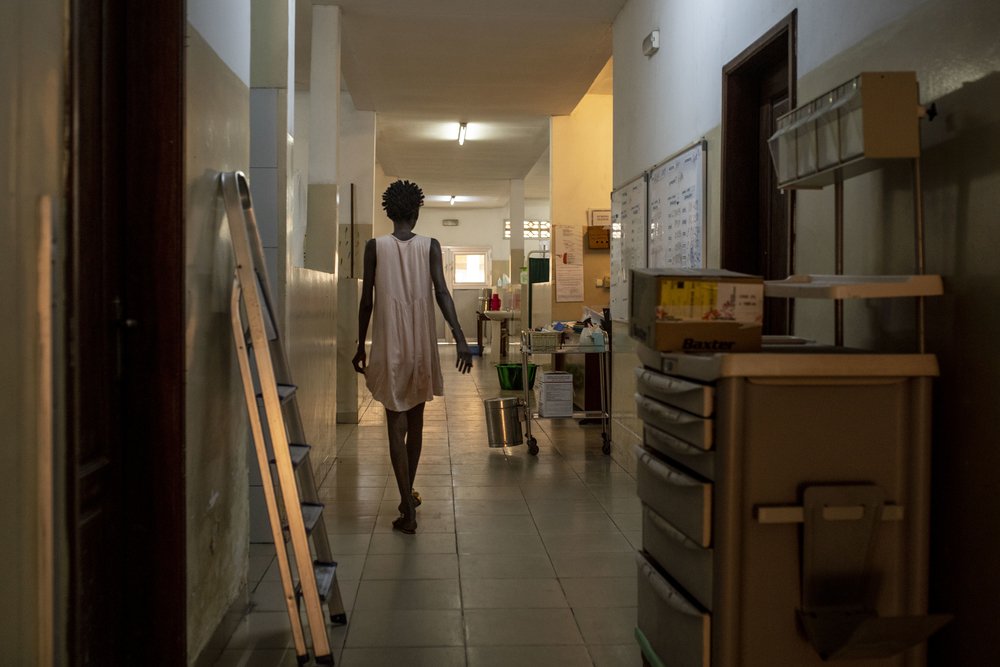 In facilities supported by MSF in Kinshasa, the percentage of deaths among advanced-stage patients ranges from 25 to 30 per cent. “This is still a large number, but if we did not guarantee free treatment, it is obvious that most patients would die.”

Nine-year-old Augustin* was believed as good as dead when he arrived in the CHK intensive care unit in June. Yet he is living proof of the impact that free treatment can have on patients living with AIDS. He now comes every month for a consultation and to collect his antiretroviral medication (ARVs). If he continues to receive proper treatment with consistent access to ARVs, his viral load – the quantity of HIV in his blood – will eventually become undetectable and he will be able to live an almost completely normal life. Though he will still have to navigate curious friends and family, a reproachful religion, occasional medical supply shortages and prohibitive medical costs.

“A world without HIV is currently not possible, we acknowledge this. But, a world without advanced-stage patients could very well be,” says Pascaline Rahier. “However, this requires investment from institutional donors and greater investment in social services by the government. Free treatment, more beds for advanced-stage patients, a steady supply of medicines, awareness-raising to fight against stigmatisation. None of this just falls from the sky. More resources are needed to support the fight and make progress. It is of course a health issue, but it is also an economic issue, as patients receiving treatment can work, take care of their families and live normal lives.” 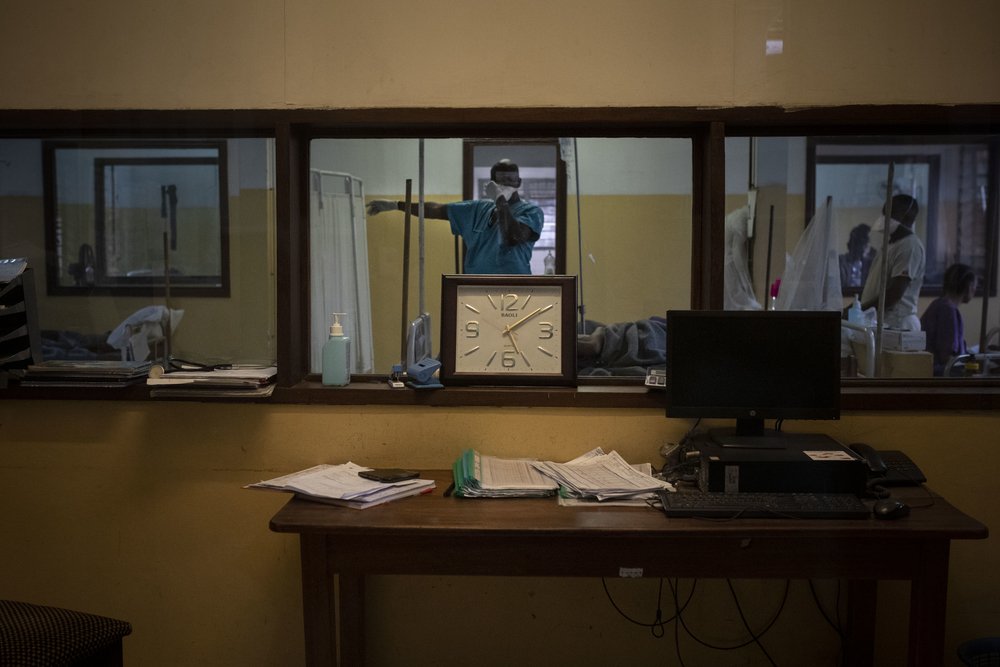 At around 6 pm, as dusk begins to fall, the waiting room at the CHK slowly empties, allowing the nurse’s calls for the final patients to echo around the room. Outside, sat on a low wall, a few caregivers are talking over a meal. In front of them, hands held towards the dark sky, the sister of one of the patients says a prayer. At the same time, doctors rush towards a car. A frail patient arrives at the emergency department in a highly advanced stage. Once again, the doctors and nurses will do all they can to ensure she survives and defies the odds; in 2019, three-quarters of HIV-related deaths were in sub-Saharan Africa.

* Name has been changed to maintain confidentiality

**François Sennesael is a political scientist who specialises in health issues in Africa. He is currently carrying out research at the African Studies Centre. He has worked for medical humanitarian organisations, such as Alima and MSF. This report was written at the end of his time with MSF in Kinshasa.