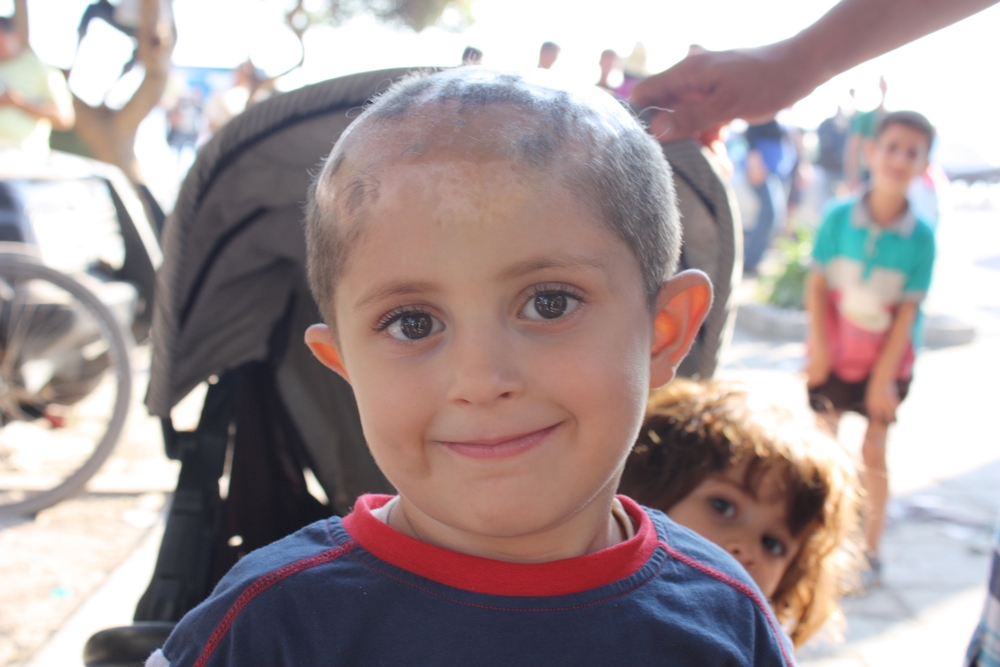 Kos: Risking everything for a chance of a future

Of the 365,000 people who arrived on to Europe's shores in the last eight months, almost two-thirds have passed through Greece and the Dodecanese islands.

The relatively short trip of eight kilometres from Bodrum in Turkey, across the Aegean Sea, to Kos, makes this a popular crossing.

This eight kilometres, however, can feel like a lifetime for those who manage to make it across in the dark on a rubber dinghy.

People are scattered throughout the islands, dumped in parks and in abandoned hotels.

Tents line the streets, rubber dinghies lie vacant at the port, lifejackets are strewn across the beach - many marked with phone numbers of relatives and friends to be contacted in the event they didn't make it.

Risks of a watery grave

Despite the risks of a watery grave, razor-wire fences, armed police and guard dogs, people are so desperate they will put their life savings and their family's lives into the hands of smugglers. It's a reminder that Europe's policy of 'deterring' refugees has failed.

When I arrived in Kos last Saturday evening, I was taken aback by the complete absence of any sort of reception facilities for the thousands of people who have made it this far, and for those who continue to arrive.

A few moments' walk from the mobile health clinic operated by MSF was the registration point outside Kos police station, where just two harassed-looking police officers attempted to process the refugees who were waiting in the heat to receive the papers that would allow them to leave the island.

Julia Kourafa/MSF
A MSF Greece psychologist and translator talk with migrants who are camping outside the stadium in Kos, Greece.

Every evening, people crowd around, waiting for their name to be called. Some have been here for weeks waiting to be processed and the absence of a functioning reception system leaves many frustrated.

The Greek authorities have yet to show any initiative to organise appropriate reception on the islands in accordance with EU standards.

The best that is offered is a patch of grass, or a spot along the port. Not a tent to sleep in, a blanket to keep warm under or even food to eat.

Families have held onto their life jackets, for now they are used for children to sleep on. There is no level of dignity afforded to those who arrive. It is left to MSF emergency teams and the local community to provide the basics.

It was there that I first saw little Adnan.

A lively little boy in bright green shorts, charging around outside the crowded and dirty police station bringing a spark of joy to what was, for most, a long and tedious wait.

Five-year-old Adnan was with his father, mother, grandparents, brother, sister and the family's two-month old baby. That night would be their ninth on the street in Kos.

Originally from a small town outside Aleppo, he and his family fled to Turkey after their home was hit by a bomb. Three family members died, and Adnan, alone in his bedroom at the time, was severely injured in the blast.

Originally from a small town outside Aleppo, Adnan and his family fled to Turkey after their home was hit by a bomb

They managed to get an ambulance across the border to Turkey for emergency medical care.

After four months there, Adnan - visibly scarred on both his arms, legs and scalp from the blast - was unable to get the medical treatment he needed, and the family decided it was time to go.

It took them two-and-a-half hours to make the crossing, in an inflatable boat, designed to carry 20 people, but packed with 50 to 60 others.

"We had no other options," his father, a literature teacher, told me.

"Our family have been put in a situation where there was no other choice but to leave Syria, and then to leave Turkey. All we have are the clothes we arrived in. We have nothing to lose."

This sentiment is reiterated among the countless families and people I spoke with.

Like the doctor from the eastern Syrian city of Deir-e-Zoor, whose initial, calm composure crumbled as she recounted what had driven her and her family - husband, sister, brother-in-law and baby niece - to come to Europe.

She had stayed as long as possible, she told me, not wanting to abandon her home or her patients. But the threat from ISIS grew too great.

MSF has medical teams working along the route many people are trying to take northwards towards Europe - through mainland Greece, Macedonia and Serbia - and we can ease some of the suffering with medicines, bandages, tents and blankets.

The refugees struggling along the beaches, borders, train stations and motorways of Europe are the same people I worked with in camps for Syrian refugees in Iraq and Jordan.

After years of war, with no realistic prospect of peace returning to their homeland, they are risking everything for a chance of a future. I wonder if I would be brave enough to do the same?