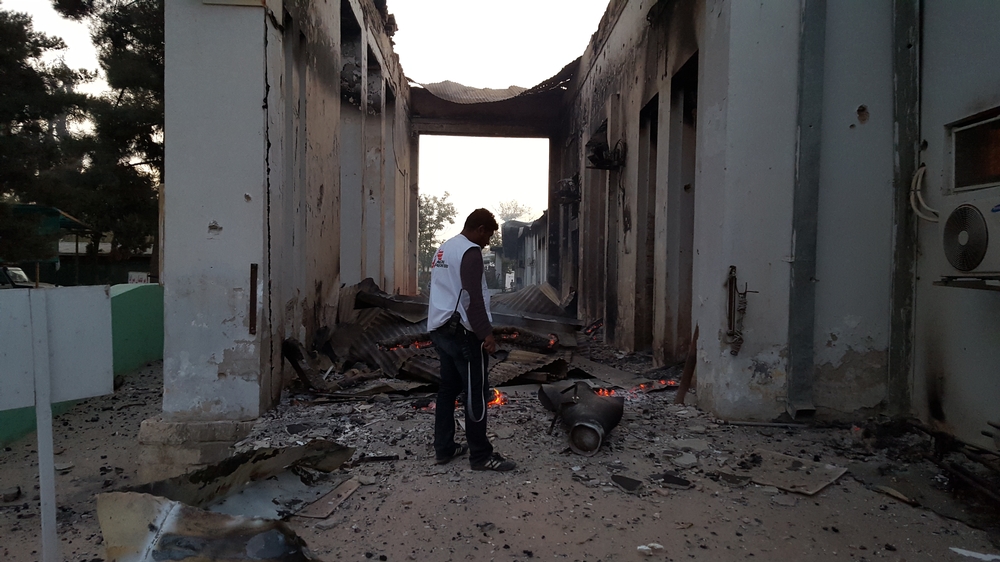 Kunduz: Fighting back for the sake of our patients

*This article first appeared in the Irish Independent

Shock, sadness and grief overwhelmed Médecins Sans Frontières (MSF) as we heard the news of the tragedy that unfolded in Kunduz, Afghanistan, on the morning of Saturday 3rd October. We lost friends, colleagues and patients. But as the facts began to emerge in the hours and days that followed, our sorrow soon turned to anger.

From 2.08 am until 3.15 am our trauma hospital was hit by a series of airstrikes launched by the US military at 15-minute intervals. The core of the hospital – the intensive care unit and emergency rooms – was hit with precision, repeatedly, during each aerial raid. Surrounding buildings were mostly untouched.

Twelve staff and ten patients, including three children, were killed. (*At least 13 known staff now confirmed dead) Thirty-seven staff and patients were wounded, some critically, in one of the most deadly incidents our organisation has experienced in its 44-year history.

In the aftermath of the attack, a colleague of mine working inside the hospital recounted the horror of what he witnessed: patients burning to death in their beds; the panicked search for survivors; a doctor dying on an improvised operating table – an office desk – while his colleagues tried to save his life.

The only functioning trauma hospital.

It had been an extraordinary week in Kunduz. Heavy fighting had engulfed the city, and our trauma centre was on the frontline. It was the only functioning trauma hospital in the area, and in the space of five days we treated more than 400 patients in need of surgical care.

MSF staff worked non-stop to treat the influx of wounded. Our staff that died in this attack had been there all week. They had not gone home. They had not seen their families. They were totally committed to their work and to assisting others.

In the days before this attack, MSF had confirmed the precise GPS coordinates of our hospital – and the individual buildings within the compound – with both Afghan and Coalition forces.

During the bombing, MSF staff frantically telephoned military officials in Kabul and Washington to tell them we were being attacked. Yet the airstrikes kept on coming.

Since then, US commanders have struggled to provide a consistent account of what happened. The victims were dehumanised as “collateral damage”. They called it a “tragic incident” and a “mistake” – a “mistake” that lasted for more than an hour, despite the fact that the location of the hospital was well known to them.

None of the explanations offered to date change the fact that an attack on a functioning hospital by a party to a conflict violates the rules of war and international humanitarian law. Hospitals, patients and medical staff are all explicitly protected by the Geneva Conventions.

If we let this pass without understanding how it happened, it creates an environment of impunity. Investigations by the US, NATO and Afghan government have already been launched, but as parties to the conflict, they cannot adequately and impartially investigate their own actions or provide a coherent overview.

Even war has rules

The International Humanitarian Fact-Finding Commission (IHFFC), which Ireland is party to, has been seized and is ready to launch its investigation, but it can only do so with the consent of the US and the Afghan authorities. This constitutes a historic opportunity to uphold the principles of the humanitarian medical mission and to remind the world that “even war has rules.

The aerial bombing last Saturday was not just an attack on our hospital – it was an attack on the Geneva Conventions.For us, these conventions are not just an abstract legal framework – they are the difference between life and death for medical teams on the frontline. 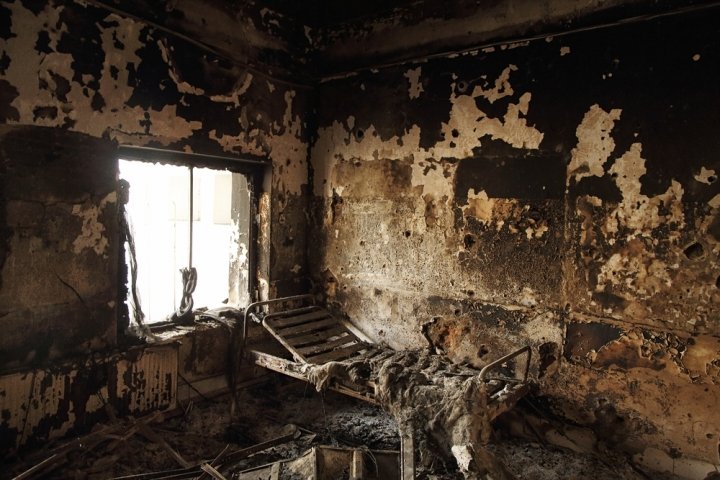 Andrew Quilty
The remains of a bed frame in a room on eastern wing of the main Outpatient Department building.

They are what allow patients to access our health facilities safely, and what allow our staff to provide healthcare without being targeted. It is precisely because attacking hospitals in warzones is prohibited that we expect to be protected.

Fighting for our patients and colleagues

It has been an exceptionally difficult eleven days. Médecins Sans Frontières has had to pull out of Kunduz, leaving tens of thousands of people, and the whole of north-eastern Afghanistan, without any lifesaving medical surgery facility.

Today we are fighting for the sake of our patients and our colleagues, and for the respect of the Geneva Conventions. We need to establish the truth and reassert the protected status of hospitals and civilians in conflict. The future of humanitarian action everywhere depends on it.