Dr Declan Barry from County Longford was Medical Director at Kunduz hospital, Afghanistan for six months in 2015, leaving just two weeks before it was destroyed in a US airstrike on 3 October. The MSF trauma centre treated over 20,000 people per year and was the only facility of its kind in northeastern Afghanistan.

"I arrived in Kunduz in early March to work as the Medical Director at the MSF hospital. I’d been to Afghanistan with MSF in 2012 and it’s such a magnificent country.

The project was so impressive I wondered whether I would have anything to contribute. When I arrived we were already incredibly busy and I was managing a team of 16 people.

Read also ‘Are we saying that nobody in a conflict zone can get healthcare?’ published in The Irish Times

The hospital in Kunduz was three and a half years old and very ambitious. It was the only trauma centre in the northern part of the country. I’ve worked for MSF since 2010 and been on nine missions.

We were dealing with all levels of trauma - from bombardments, gunshot wounds and shrapnel - typical war injuries - to everyday trauma like car accidents. Our teams were providing highly specialised care. 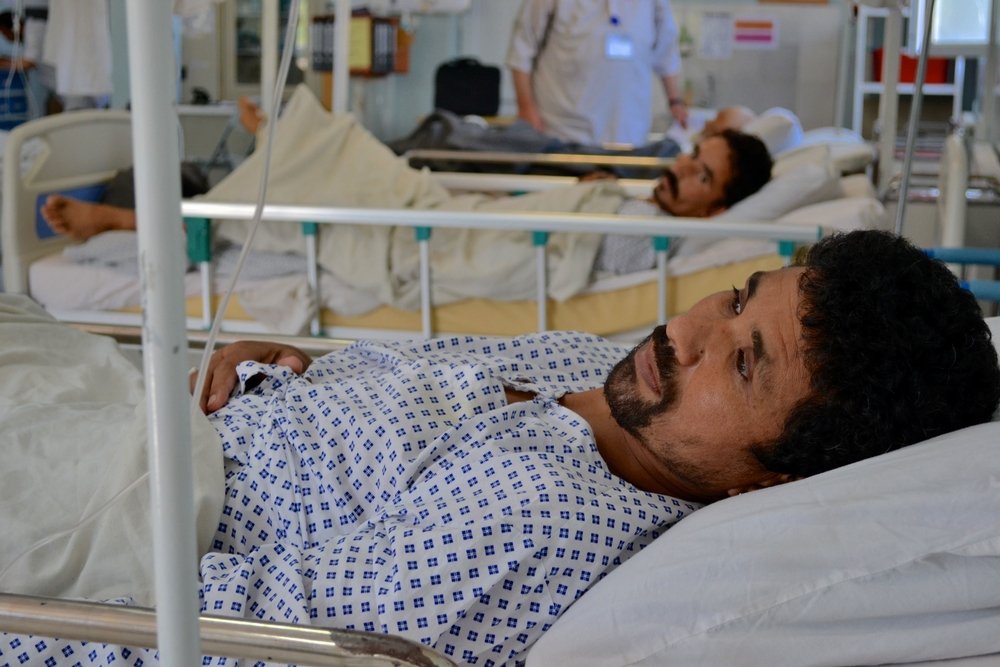 MSF
Abdul Wahab is a farmer and he was caught in a crossfire in his own field trying to harvest. He was taken from his district of Imam Sahib to Kunduz City by local villagers. The road was very unsafe and it took more than an hour. Photo taken May 2015

A very significant amount of our patients were accidental traumas, we treated a large amount of children.

We should be immensely proud of Kunduz. Our results were great and we were lucky to have a really strong team there. I was so proud of my colleagues, especially when the attack happened. They just kept going.

Nearly 400 people came into the hospital in the week leading up to the attack.

We had extended to 140 beds. Bombardment from above by the US government is not something you are prepared for. This kind of attack was nowhere on the radar for us. We never, ever thought this could happen.

The hardest moment during my mission was the night when ten boys were brought in.

A mortar had landed outside their madrasa earlier in the evening.

Maybe it was on my 2nd or 3rd day. They were all children.

That upset us the most. 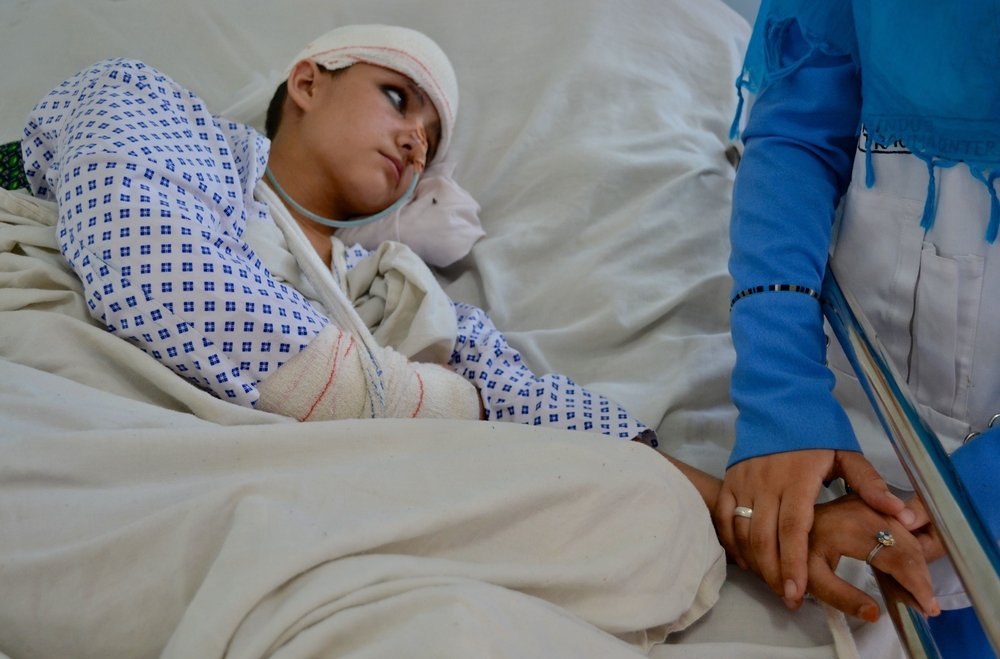 MSF
Najiba is 14, she was in her kitchen when a rocket fell on her house and caused the roof to collapse on her. When her family found her body, they thought she was dead. But the villagers realized that she was still breathing and took her to Kunduz City, to the MSF Trauma Center. Photo taken May 2015

International humanitarian law needs to be upheld. We repeatedly gave GPS coordinates of the hospital to all parties to the conflict.

A hospital is not a battlefield and there were no weapons inside our hospital.

We were able to provide healthcare in a safe place. That’s why people keep coming to us.

The bombing in Kunduz really challenges how safe it is to work in these contexts. We need to know that a fully functioning hospital is a protected space for our patients and for ourselves.

So if that has changed somehow, we need to know. That’s why we’re demanding an independent investigation.

We need clarification. If this does threaten a hospital’s protected status, then that has huge implications for humanitarian work throughout the world.

It’s a project I so believe in and I will miss it so very much.

I will miss the national staff I worked so closely with. They were a truly great team. They came up with some brilliant ideas. These are the most committed people I’ve ever seen.

Our hospital was the only trauma facility of its kind in North-Eastern Afghanistan and treated more than 20,000 people per year. Now there is no trauma surgical specialist hospital in this region.

Until MSF understands what happened on the night of the attack and has strong assurances that it cannot happen again, the Kunduz trauma centre cannot be reopened. Our staff and patients must be safe.

We need to understand what happened and why for the safety of our teams in Afghanistan, and in all conflicts.

Sign the petition for an independent investigation into this attack