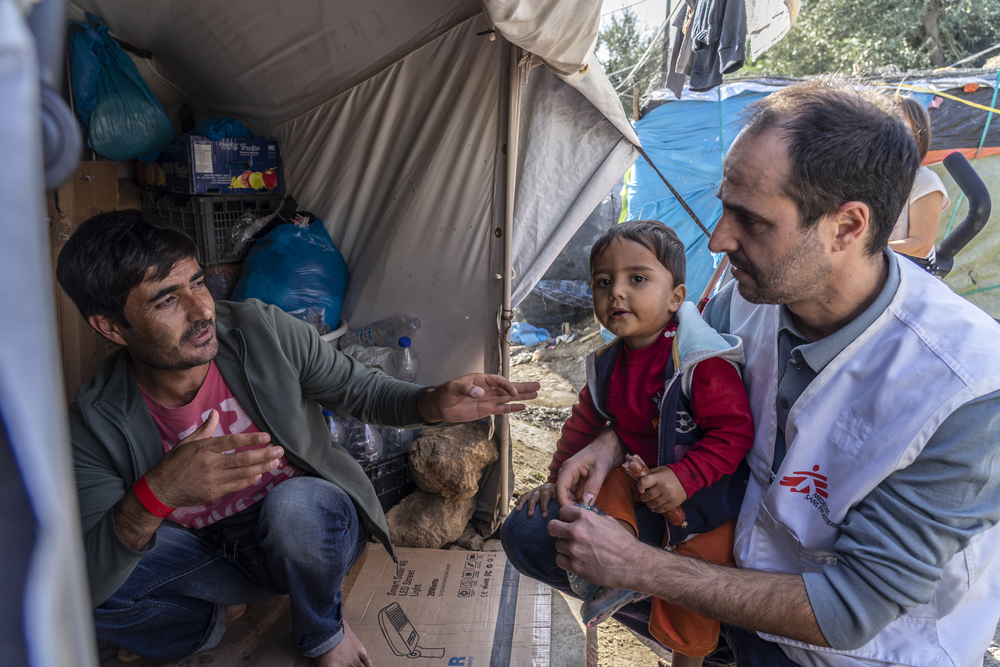 I have just come back from the Greek islands, and I was shocked by what I saw and by the accounts I heard from my colleagues on the ground.

They told me about a 12-year-old boy who came to our clinic in Moria, on Lesbos, after repeatedly self-harming by cutting his head with a knife.  And they told me about another child, a 9-year-old girl with serious injuries from a bomb blast in Afghanistan. She was still smiling when she arrived in Greece. But in the months she’s been trapped on Lesbos she has stopped talking, stopped eating, and completely withdrawn from life.

They have survived war and persecution, but months in unsafe and miserable places like Moria have driven many of our children patients over the edge, to self-harm and thoughts of suicide.

It is for these children, and for all the other people you continue to trap on the Greek islands, that I feel compelled to address this letter to you today.

Children are not the only ones who are vulnerable. People who survived torture are made to share tents with complete strangers for months on end. Survivors of sexual violence tell our team in Vathy, on Samos, that they are too scared to use the toilets at night. Our teams have identified these people, but many of them are not considered vulnerable by the Greek authorities and so their needs disappear in the cracks of labyrinthine administrative procedures. 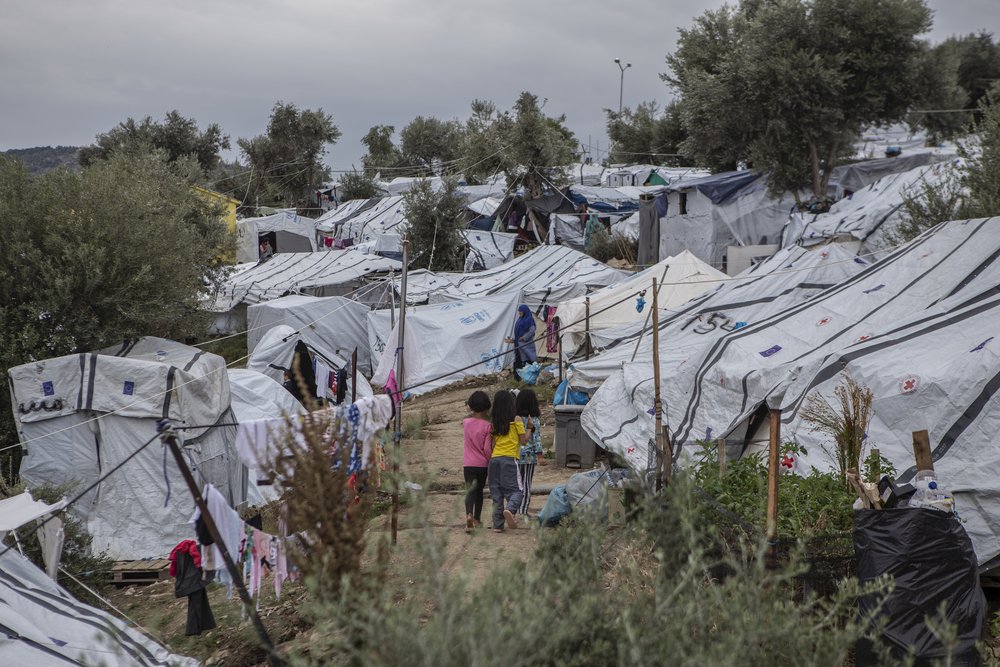 Anna Pantelia/MSF
A general view of the olive grove next to the official camp of Moria.

In 2016, you decided that trapping people on these islands was a necessary and temporary measure. We warned you of the humanitarian consequences of your deal with Turkey. We even decided to stop accepting funding from EU member states in protest.  Today we see the result of that decision: a chronic state of emergency and an endemic cycle of human suffering.

Over the last four years, the humanitarian situation has got worse, not better. One woman, a kid and a 9-month-old baby have died only in the last three months for the unsafe and appalling conditions in Moria and the lack of adequate care.  They were looking for safety in Europe, they found death in a European reception centre.

The situation is comparable with what we see after natural disasters or in warzones in other parts of the world. It is outrageous to see these conditions in Europe – a supposedly safe continent - and to know that they are the result of deliberate political choices.

Rather than acknowledging the human cost of your approach, you continue to call for a more forceful implementation of the EU Turkey deal. You even consider more brutal measures, like the Greek government’s recently announced plans to convert the hotspots into mass detention centres and to accelerate deportations.

After four years, it should be clear to you that policies which attempt to deter people from coming to Europe will only result in more deaths and suffering.

"There is little that our teams can do to stop this cycle of suffering – we don’t have the treatment for it."

From the chaotic situation, you have created in the Mediterranean and the cycle of interception at sea, torture and arbitrary detention in Libya, to the violent pushbacks in the Balkans, where thousands are living in inhumane conditions ahead of winter, the harm these policies are producing is immeasurable. And the same measures of pushbacks, containment, arbitrary detention, discrimination and abuse are increasingly being replicated on a global scale.

No political reasoning can justify measures that deliberately and consciously inflict harm – and we have repeatedly warned you these policies do. Stop ignoring it, stop pretending that they don’t.

As a medical doctor representing a humanitarian organisation, I am outraged to see how you have justified and normalised this suffering as if it were an acceptable price to pay to keep as many people as possible out of Europe. 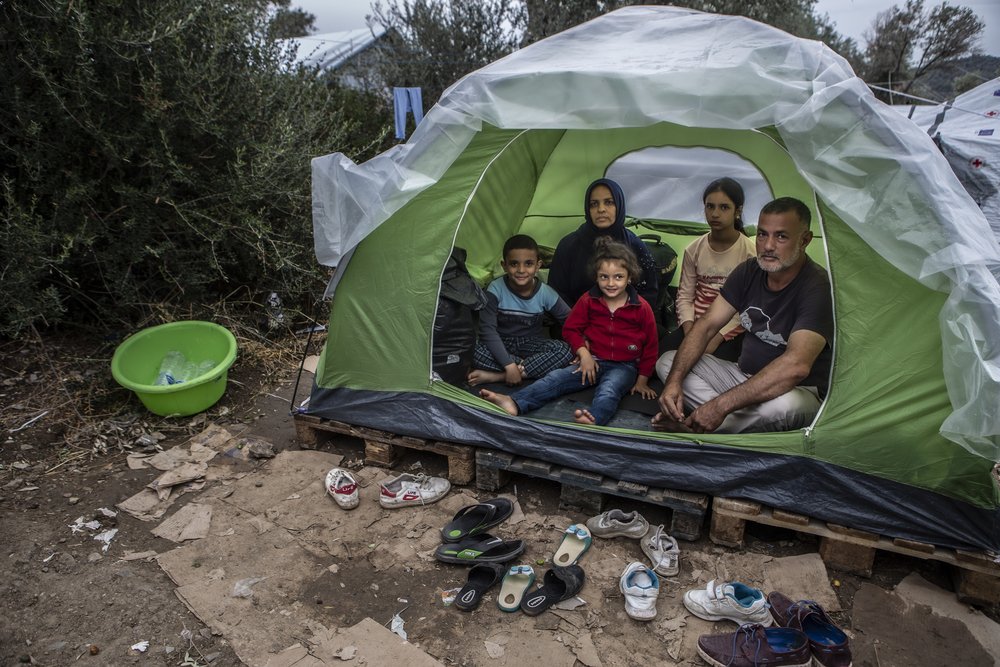 Anna Pantelia/MSF
"We came here 7 days ago. I have three young children and we all have to sleep in this small tent. Last night it was rainning all night, we all got wet. We put this plastic sheet in an effort to stop the water from coming in)." - Jawad* father of 3.

As MSF, we can’t accept this blatant dehumanisation. No matter what assistance we provide to our patients, afterwards we have to send them back to the conditions which are making them ill, conditions that you have deliberately created.

There is little that our teams can do to stop this cycle of suffering – we don’t have the treatment for it.

It is in your hands. You must find the political will to act, now.

This human tragedy needs to stop. Stop this deliberate collective punishment of people in search of safety in Europe. Urgently evacuate the most vulnerable people from these centres to safe accommodation in other European states. End the policy of containment. Break, once and for all, the cycle of suffering on the Greek islands.

What I have seen in Lesvos makes me feel ashamed, but most of all, makes me angry >