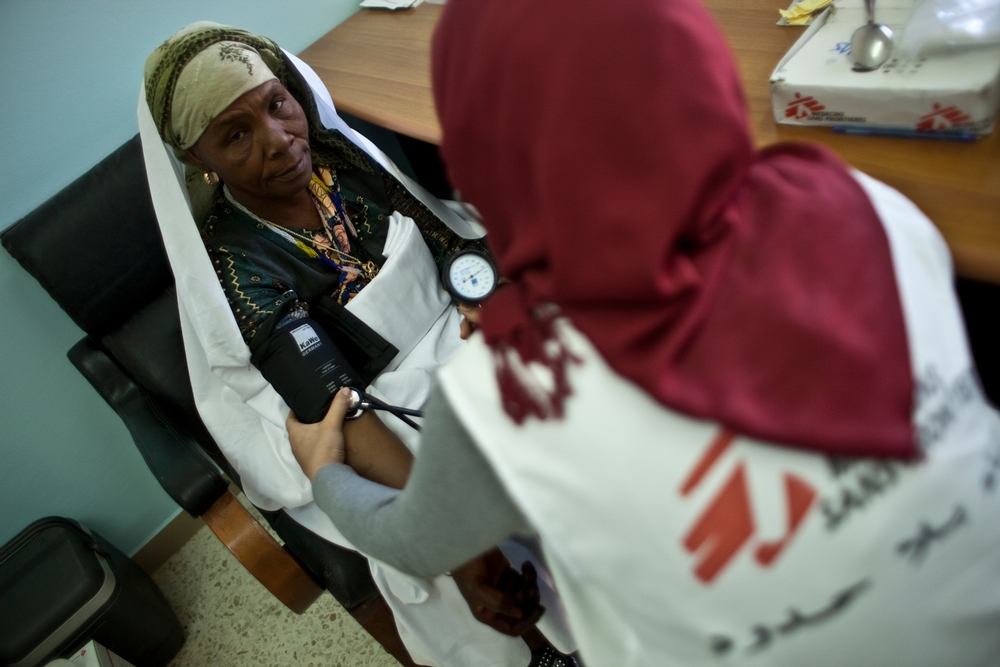 Libya: Health system in a state of hidden crisis

Libya’s once-efficient health system is in a state of crisis. Hospitals are closed, or else struggle to function because of a lack of experienced medical staff and shortages of essential medicines and equipment, in particular insulin and dialysis equipment.

Many Libyan hospitals were previously staffed by nurses from overseas, but most left Libya after the war against Muammar Al Gaddhafi in 2011 and the subsequent armed conflict between the supporters of political Islam and their adversaries.

The state of the health service is perhaps unsurprising in a country with two separate health ministries attached to two different governments battling against each other for power. The government recognised by the international community is exiled to Tobruk, in eastern Libya, while the government based in the capital, Tripoli, controls the west of the country.

MSF is supplying those hospitals that still function with essential medicines. For instance, it has donated antibiotics and analgesics to the central hospital in Misrata, in western Libya.

The MSF team is also providing training to medical staff, in inpatient wards, emergency rooms and surgical units. Their aim is to train head nurses in each department, who in turn will be able to instruct nurses who have only a few months experience caring for patients.

In February 2016, following US airstrikes targeting Islamic State (IS) militants in Sabrata and attacks by IS, the hospital admitted 15 wounded.

In eastern Libya, the issues are similar, with hospitals suffering from a lack of trained staff and drug shortages.

In Benghazi, where Islamist forces are fighting the army affiliated with the Tobruk-based government, MSF is supplying three hospitals with drugs.

The team will also provide training in emergency care at Benghazi Medical Centre.

Following fighting in Benghazi in early March, the city’s hospitals admitted more than 100 patients, while hospitals in Marj and Al Abyar, east of Benghazi – both supported by MSF – also admitted a number of wounded.

Libya is also dealing with a displacement crisis as people flee the violence.

Benghazi alone is sheltering more than 100,000 displaced people. In Benghazi, MSF teams are distributing food and providing medical consultations to the displaced, with a focus on paediatrics, obstetrics and gynaecology, at a clinic which opened on 20 February, in close partnership with a local NGO.

A decrease in vaccination coverage and an increase in maternal mortality are other consequences of the health crisis in Libya.

MSF is supplying vaccines to health centres in both the east and west of the country.

So much is needed

Despite the serious deterioration of the country's health system, very few aid organisations are following MSF's lead and providing help.

With its oil resources, Libya is often considered a rich country, but this is no longer the case. The health system reflects the wider state of the country: hospitals are kitted out with state-of-the-art equipment which, due to poor maintenance and a lack of spare parts, is no longer operational.

“But so much is needed. You can really see how the health system has gone downhill since we started working here a year ago.”

Read more about our work in Libya