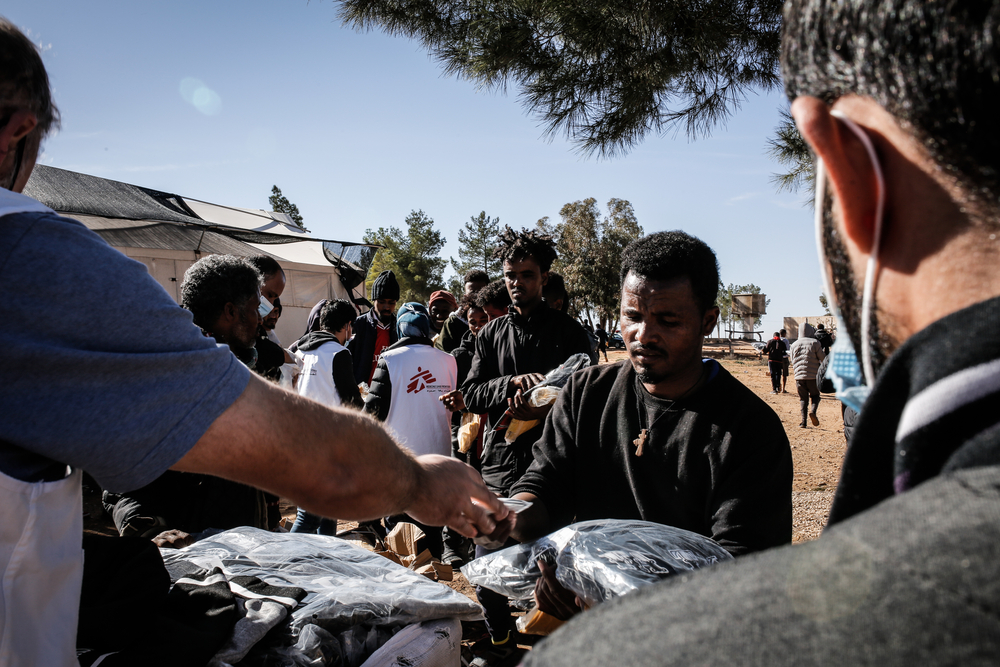 Libya: Thousands detained and many others left without medical care after five days of mass arrests

Tripoli, Libya, 6 October 2021 – Numbers of migrants and refugees held in detention centres in the Libyan city of Tripoli have risen dramatically – to more than threefold - over the past five days, say teams from international medical organisation Médecins Sans Frontières/Doctors Without Borders (MSF), who provide medical care in three detention centres in the city. MSF is profoundly disturbed by the increase, which is the direct result of five days of random mass arrests of migrants and refugees, including women and children, carried out in the city since 1 October.

In the past three days, at least 5,000 migrants and refugees have been rounded up across Tripoli by government security forces.

During the raids on their homes, many of those captured were reportedly subjected to severe physical violence, including sexual violence. One young migrant was killed and at least five others sustained gunshot wounds, according to the UN.

“Entire families of migrants and refugees living in Tripoli have been captured, handcuffed and transported to various detention centres. In the process, people have been hurt and even killed, families have been split up and their homes have been reduced to piles of rubble.”

As a result of insecurity caused by the ongoing raids, MSF teams have been unable to run their weekly mobile clinics across the city for vulnerable migrants and refugees needing medical care.

The raids have also impacted people’s ability to move freely around the city and seek medical care, as those who have evaded arrest are fearful of going out of doors.

“Armed and masked security men raided our house where I was living with three other people,” says Abdo [not his real name].

“They tied our hands behind our backs and dragged us out of the house. We were pleading for them to give us time to collect our belongings and important papers but they wouldn’t listen. We were beaten in the process. Some people were beaten on their legs and suffered fractures. They hit me on the head with the butt of a gun and I suffered serious injuries."

"[Later] the doctor had to stitch the wound and wrap it with 10 different dressings. The masked men led us all into vehicles, then we found ourselves in Ghout Sha’al detention centre. I was there for four days and experienced a very difficult time, seeing helpless people being beaten with weapons. On the fourth day, I managed to escape. I am free now. I am free.”

Locked up in  state-run detention centres

Those arrested have been taken to state-run detention centres and locked up in insanitary and severely overcrowded cells, with little clean water, food or access to toilets.

After the violence of the arrests, it is likely that many are in need of urgent medical care, says MSF.

"Entire families of migrants and refugees living in Tripoli have been captured, handcuffed and transported to various detention centres"

In the past two days, MSF teams have managed to visit two detention centres in the capital where people arrested in the recent raids are being held: Shara Zawiya and Al-Mabani (also known as Ghout Sha’al).

In Shara Zawiya detention centre, which normally accommodates 200-250 people, an MSF team witnessed more than 550 women and children crammed into the cells, including pregnant women and newborn babies.

Around 120 people were sharing just one toilet, while buckets filled with urine were lined up near the doors of cells. When food was distributed, a commotion broke out as the detained women protested against the conditions in which they were being held.

In Al-Mabani detention centre, MSF teams witnessed hangars and cells so overcrowded that the men inside them were forced to stand.

Outside the cells, hundreds of women and children were being held in the open air, without shade or shelter.

An MSF team spoke to men who said they had not eaten for three days, while several women said all they had received was a piece of bread and a triangle of processed cheese once a day. The MSF team found several men in an unconscious state and requiring urgent medical attention. 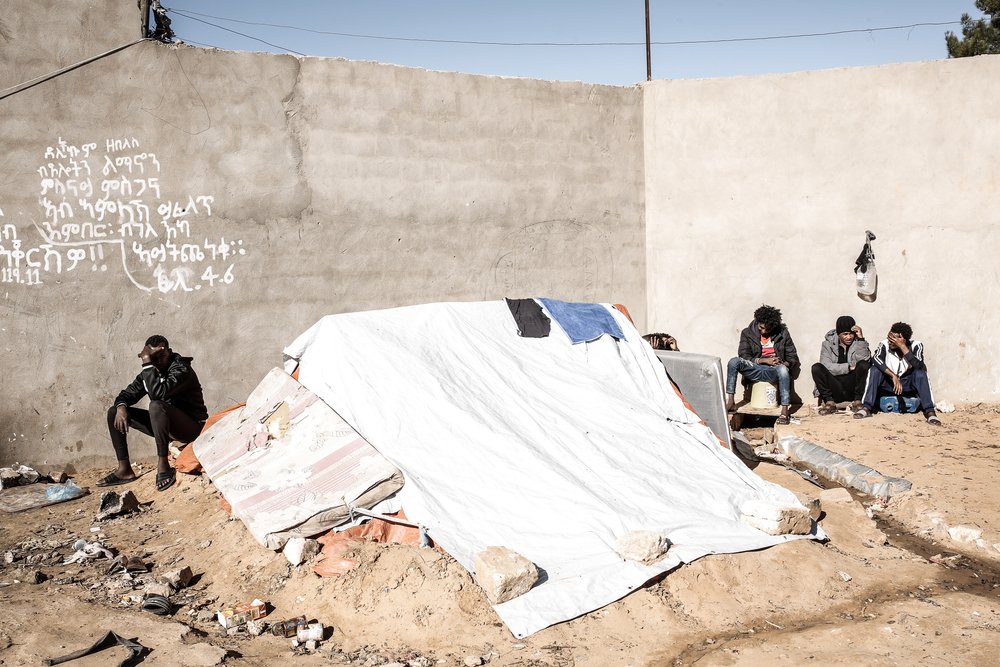 During their visit to Al-Mabani, the MSF team witnessed a group of detained migrants and refugees attempting to escape.

They were met with extreme violence: our team heard two rounds of heavy gunfire at very close range and witnessed the indiscriminate beating of a group of men, who were later forced into vehicles and driven to an unknown destination.

In these very tense conditions and with the time of their visits severely limited, the MSF teams treated 161 patients, including three treated for violence-related injuries. They also facilitated the transfer of 21 patients in need of specialist medical care to clinics supported by MSF in Tripoli.

Conditions have been breached

The resumption of MSF’s work followed an agreement with the authorities managing these centres, in which MSF received assurances that certain basic conditions would be met.

After this week’s visits, MSF says it is clear that these conditions have been breached.

"MSF calls on the Libyan authorities to halt the mass arrests of vulnerable migrants and refugees, and to release all people unlawfully held in detention centres"

“Instead of increasing the number of people held in detention centres, efforts should be made to put an end to arbitrary detention and close these dangerous and uninhabitable facilities,” says Van der Velden.

“More than ever before, migrants and refugees are living in danger and are trapped in Libya with very limited options for a way out - as humanitarian flights have been unjustifiably suspended for the second time this year.”

MSF calls on the Libyan authorities to halt the mass arrests of vulnerable migrants and refugees, and to release all people unlawfully held in detention centres.

MSF also urges the authorities, with the support of relevant organisations, to identify safe and dignified alternatives to detention and allow the immediate resumption of humanitarian evacuation and resettlements flights out of Libya.