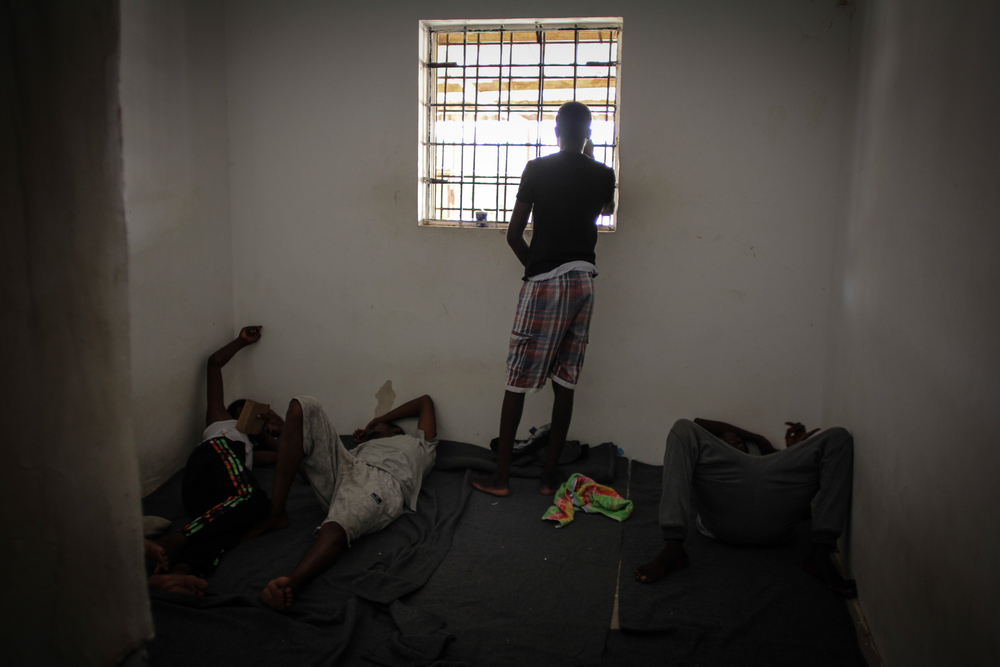 Libya: Trapped refugees must be released and granted safety from Tripoli fighting

Médecins Sans Frontières (MSF) is extremely concerned for civilians caught in the ongoing fighting in Tripoli, Libya, including refugees and migrants currently trapped in detention centres in or near the affected areas. Since the onset of fighting a week ago, over 6,000 people have fled their homes in Tripoli and the surrounding area. As of 10 April 2019, 266 people have been wounded and 56 killed, according to the World Health Organization. The casualties include two medical doctors and one ambulance driver killed while responding to the emergency.

The situation is particularly dangerous for the thousands of refugees and migrants arbitrarily held in detention centres, as they have no freedom of movement or freedom of choice in determining the most effective ways to seek safety throughout the conflict.

“Even in times of relative calm, refugees and migrants held in detention are subjected to dangerous and degrading conditions that negatively impact their physical and mental health,” said Craig Kenzie, Project Coordinator for MSF's operations in Tripoli. “The fighting has made refugees and migrants in detention exceptionally vulnerable and has severely reduced the capacity of the humanitarian community to provide timely lifesaving response and urgently needed evacuations.”

As has been seen in past conflicts, one of the only desperate options for Libyans and non-Libyans seeking to escape the fighting is via the Mediterranean Sea, particularly now that flights from Tripoli have been disrupted.

The current fighting is the third time in the past seven months that Tripoli has erupted in conflict, yet many people trapped in detention are there because of European member state policies that enable the Libyan Coast Guard to intercept people at sea and forcibly return them to Libya in violation of international law. The current conflict only accentuates the daily reality that Libya is clearly not a place of safety where the protection of refugees and migrants can be guaranteed.

“In the vacuum of any dedicated search and rescue response, people’s lives are significantly at risk at sea just as they are in Tripoli’s conflict areas,” said Sam Turner, MSF Head of Mission for Libya and Mediterranean Search and Rescue Operations. “Yesterday, confirmed reports indicated that approximately 20 people were adrift in a wooden boat off the coast of Libya without an engine, while another eight people reportedly drowned. Meanwhile the rescue ship Alan Kurdi continues to be stranded at sea and is unable to return to its crucial mission.”

“This is occurring as EU member states twiddle their thumbs over how to handle the disembarkation of 63 people rescued by the vessel a week ago,” continues Turner. “No longer can European Governments even pretend to have the safety of people as their priority, when they have tasked the Libyan Coast Guard with intercepting boats in distress and returning people to Libya where no one can guarantee their safety - now more than ever as the conflict rages.”

“There’s a clear need for things to change both in Libya and in the Central Mediterranean, and for those changes to happen now,” said Turner. “We reiterate our call for all refugees and migrants in detention in Libya to be evacuated from harm as soon as possible, and pending their release, to ensure their safety and basic needs are met. Moreover, search and rescue capacity in the Central Mediterranean must be urgently increased, immediate solutions to disembark survivors must be provided, punitive actions to curtail NGOs must end, and anyone rescued at sea – by any vessel – must not be taken to Libya, but to a safe port as required by international law.”