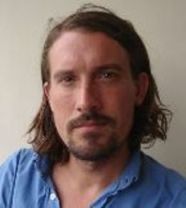 Libya: From uprising, to conflict, to international war

On 15th March MSF teams left Benghazi due to increased insecurity. From Alexandria (Egypt) MSF’s emergency coordinator Simon Burroughs talks about the team’s efforts to get back into Libya and the need for access for medical humanitarian teams.

Almost a week after MSF had to leave Benghazi and Libya, what is the security situation today?

The situation is changing extremely fast so it is difficult to get a global picture. Last week, we had to leave Benghazi because the safety of our staff could not be guaranteed, making it impossible for us to provide health care.

What started as an uprising then became an internal conflict and is now an international war. It remains very difficult for us to assess the risks in this highly insecure context and to anticipate what might happen next.

There are nine of us here on standby in Alexandria and we are striving to get back into Libya.

How are medical facilities coping in Libya?

Where MSF was present, the medical services were coping quite well with the influx of wounded patients. All the doctors and medical staff that we met in Benghazi, Brega and Ajdabya were incredibly skilled and dedicated. But they’re also very apprehensive about what is going to happen next. They’re increasingly feeling the pressure.

Although doctors are coping, many foreign nurses working in Eastern Libya have now fled, leaving gaps in many health facilities. Medical students are doing their best to fill some of the gaps.

The lack of access to many parts of the country does not allow us to independently assess the needs, but according to some reports, there might be a growing number of wounded people.

What are the main medical needs at this point?

Obviously, there have been many people injured in the conflict which puts a lot of pressure on health facilities. The conflict also has an indirect impact as people only go to hospital for really urgent matters.  One of our operating theatre nurses spent the night supporting the Ajdabya hospital - the 10 patients he treated with gunshot wounds were followed by a mother who gave birth to twin girls. Normal health needs clearly go on despite the war. The hospital has now been evacuated and one wonders how the twin girls are doing.

On a more global level, we are struggling to get a clear picture of the needs as the security situation does not allow us to undertake even some basic assessments. When we tried to reach the town of Ras Lanuf – 300 km west of Benghazi - we had to turn back twice because of fighting and insecurity.

In the few weeks that we spent in Benghazi, we managed to provide more than 30 tons of medical supplies to different hospitals including surgical kits and external fixators that are desperately needed for people with gunshot wounds.

For now the lack of access is a real constraint. In the next few days, we’ll try to get to the border and deliver more medical supplies that can then be distributed in Eastern Libya through networks of local doctors.

What are the conditions for MSF to get back in Libya?

For us it is crucial to get a guarantee from all parties involved in the conflict that medical staff will be respected and allowed to work freely. We are asking warring parties to respect international humanitarian law which guarantees access for emergency medical teams.