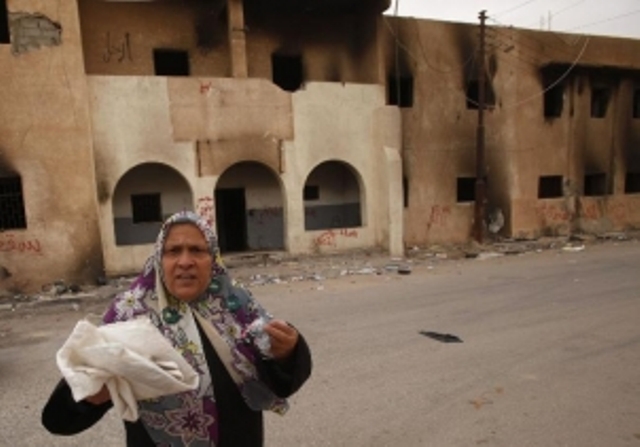 Libya: Urgent Priority must be given to Doctors and Medical supplies

Since the onset of violent clashes in Libya on February 17, MSF has been trying to get emergency personnel and supplies into the country by land and air. Despite the urgent need for medical assistance in Libya, an MSF team carrying medical supplies, including kits for treating war-related injuries, has been blocked for two days at the Tunisian border. Another MSF team managed to reach the capital, Tripoli, by airplane but was denied entry to the country and had to turn back.

“All information we receive points towards a critical situation in terms of medical care for the injured,” said  Arjan Hehenkamp, MSF’s director of operations. “We need to be working alongside Libyan health professionals to care for people who have been caught in the violent clashes over recent days. It is unacceptable that medical staff and supplies are kept away from people who need them.”

The six-person MSF team that managed to cross from Egypt into Libya yesterday, with a truckload of medical supplies, is attempting to reach areas where health facilities have reported many wounded people and severe supply shortages, including the city of Benghazi, where the team arrived today. Travel by road to the capital, Tripoli, where medical needs are estimated to be immense, is said to be almost impossible for now due to insecurity.

As a medical humanitarian organization, MSF stresses that the integrity of medical structures, patients and medical staff need to be respected.

“Absolute priority must now be given to doctors and medical supplies, in order to provide urgently needed medical care and help to existing health facilities struggling to cope with the influx of wounded,” said Hehenkamp.

MSF continues to work on sending supplies and staff to Libya. A second truck with medical supplies, including surgical materials, is on its way to the Egyptian-Libyan border.