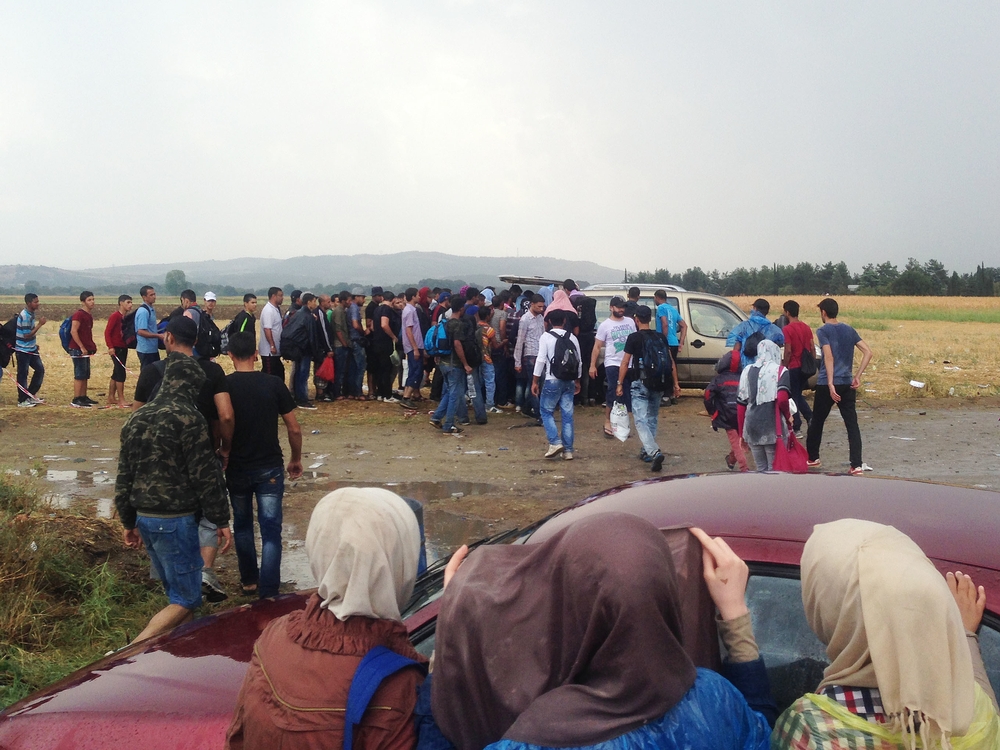 An MSF mobile medical team operating in the Idomeni area on the border between Macedonia (FYROM) and Greece today received ten people with wounds from stun grenades fired by Macedonian border troops.

The situation in the area is currently in a state of chaos, with 3000 migrants and refugees being violently prevented by Macedonian troops to cross the border.

Tear gas has been used to disperse crowds, and there is widespread fear, panic and frustration among the refugees.

Use of violence against migrants and refugees

Four of those wounded by the grenades needed to be referred to hospital, one of whom was also wounded after being beaten by FYROM army personnel.

Six of the ten had less serious injuries and could be treated on the spot.

"The violence used by the FYROM authorities against these harmless and vulnerable people is outrageous and should immediately stop” said Aurelie Ponthieu, MSF’s Humanitarian Advisor on Displacement.

“The shocking scenes today are a result of extreme measures to prevent desperate people fleeing violence and war from crossing borders.

"But closing borders and using violence is not a solution, it is just provoking a humanitarian crisis on the other side."

More than 100 patients in Idomeni

The situation was already extremely tense yesterday, with MSF’s medical teams treating more than 100 patients - the most in one single day since MSF started activities in Idomeni in April.

Three patients were referred to the hospital: a pregnant woman with severe pain and bleeding, a one year old baby from Syria that had an operation in the head a few months ago and needed hospitalization, a man who said he had been beaten by FYROM police, and four patients who had fainted due to exhaustion, heat and hunger.

The team also distributed non-food items to the people gathered at the border area.

According to the Dublin regulation, refugees should apply for asylum in the first EU country they enter.

But with Greek authorities struggling to offer decent reception conditions, many refugees see no other choice than continuing their journey North through the Balkans.

“How can we imagine that hundreds of thousands could be willing to stay in a place that cannot provide decent reception conditions for even a few days?” said Ponthieu.

“We are witnessing the absurdity of the European asylum system, with dire consequences on the health and integrity of these refugees.”

Find out more about our work with migrants and refugees