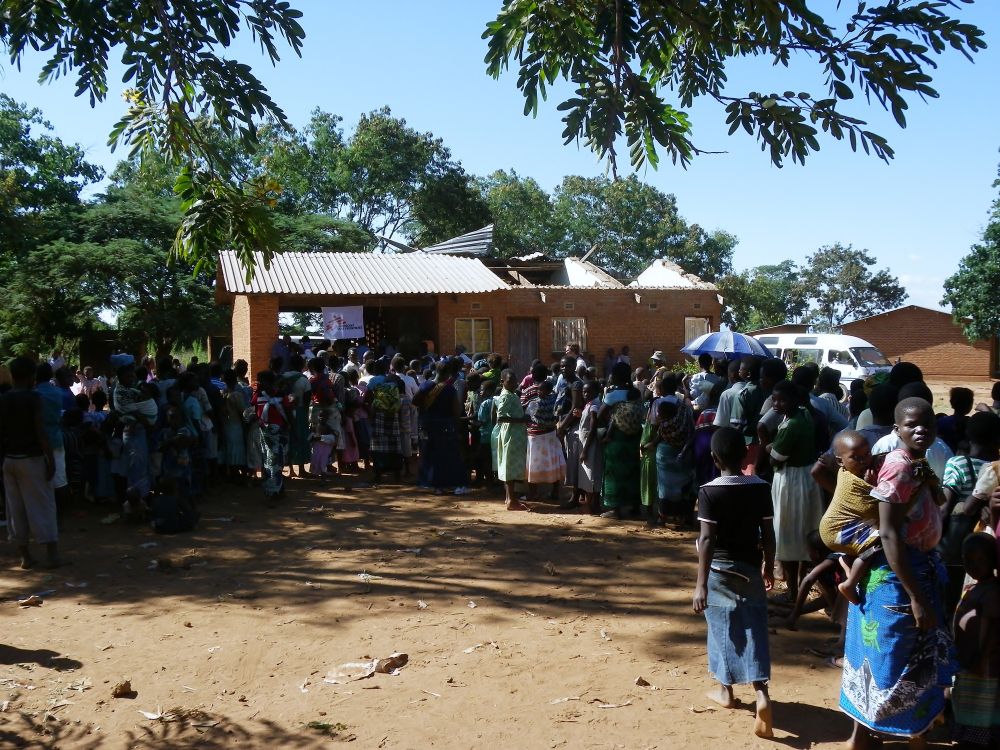 Malawi is currently facing its biggest measles epidemic in 13 years. Together with the country’s health authorities, MSF teams are providing care to measles patients and have launched vaccination campaigns targeting more than 2.5 million children. But more efforts will be needed at national and international level to bring an end to this epidemic which is putting many lives at risk.

According to Malawi’s official figures, more than 9,000 people have fallen ill with measles since February of this year, and 44 people have died. An epidemic has been declared in 23 of the country’s 28 districts, with new cases continuing to appear in further areas.

In collaboration with Malawi’s Ministry of Health, MSF has been providing medical care to 8,106 measles patients since April. MSF is supporting 88 hospitals and health centres located in both rural and urban areas. This support ranges from reinforcing and training medical staff, to donating medicines and equipment. In Blantyre, as the epidemic has also hit one of the main prisons, a specific 15-bed unit has been set up inside the hospital for prisoners with measles.

To prevent further worsening of the situation, MSF together with the Ministry of Health have launched several mass vaccination campaigns. In May, MSF teams vaccinated 1.1 million children throughout Blantyre, Mzimba and Chiradzulu districts. On the very first day in Blantyre, more than 50 000 people were vaccinated, each vaccination team dealing on average with 1 500 children per day. MSF teams are focusing their efforts on the six districts with the highest attack rate. These districts are Blantyre, Chiradzulu, Lilongwe, Mangochi, Mzimba and Thyolo.

Additional international and national staff have arrived to reinforce teams already on the ground before the beginning of the epidemic. 1,300 MSF employees, most of them Malawian staff, are currently running MSF’s emergency activities.

But despite these efforts, the current measles epidemic in Malawi has become very worrying. This easily curable disease is a major cause of death for children and adolescents throughout the world. It can cause serious side-effects and increased risk of malnutrition. More resources are needed at national and
international level to effectively tackle this epidemic and avoid the loss of many lives.

Malawi is not the only southern African country to be hit by measles. Over the last few months, Mozambique, South Africa, Swaziland, Zambia and Zimbabwe have recorded an increase in measles cases among their populations.

In Zimbabwe, the current measles outbreaks have affected 55 out of Zimbabwe’s 62 districts and killed 384 children. The Ministry of Health has launched a nationwide vaccination campaign targeting all children (approximately 5 million) aged 6 months to 14 years. MSF is assisting the authorities in providing  care and vaccinations in Buhera and Epworth.

In South Africa, the government has reported more than 14,000 measles patients in all nine provinces from the beginning of 2009 to May 2010. An increase in the number of new cases reported each week has been observed in some provinces, notably KwaZulu-Natal and Mpumalanga. MSF supported the vaccination in the township of Khayelithsa, targeting around 100.00 children from 6 months to 15 years.

In Mozambique, MSF provided support for a measles vaccination campaign taking place in the north on the border with Malawi.

MSF teams in Swaziland and Zambia are following up the measles situation closely in the country.