Mali: After months of violence, the promise of peace in Niono

In the last year or so the Ségou region of Mali, not far from the Mauritanian border, has been in the news but not for any reason inhabitants would want – attacks on villages, and armed groups and the military fighting for territory and control. Every day, Malians have borne the brunt of the violence, which has affected them physically and psychologically, and has impacted their livelihoods. In mid-March, a peace agreement was signed between the armed groups, and since then hope is in the air that the ceasefire will last, and that people will be able to go back to their lives.

Violence spiralled out of control

From October 2020, violence spiralled out of control through an endless series of reprisal attacks in the northern areas of Niono district.

By December 2020, more than 8,000 people had left the villages of Farabougou et Dogofry and were sheltering in various areas, including Sokolo town. 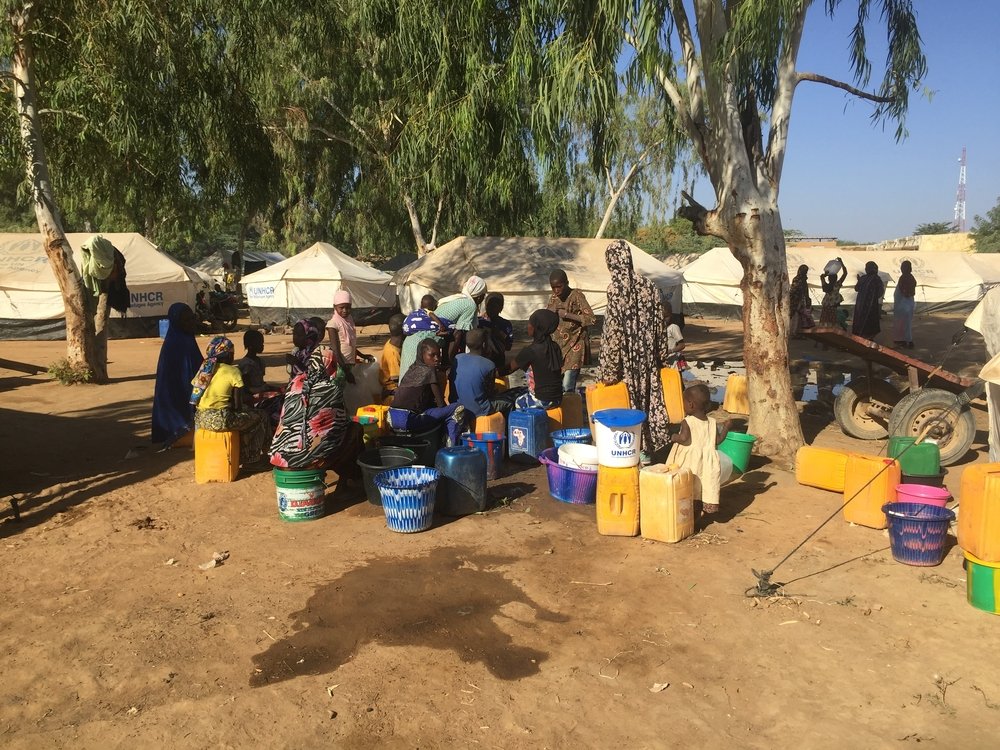 Lamine Keita/MSF
This site for displaced in Sokolo is the only one with a water point and families have to wait for a long time to fill their containers.

Farabougou, home to more than 3,000 inhabitants, had been placed under siege by armed factions.

Some of the new arrivals in Sokolo took shelter in the homes of people they knew, others in the grounds of the town hall, the school and in makeshift camps. 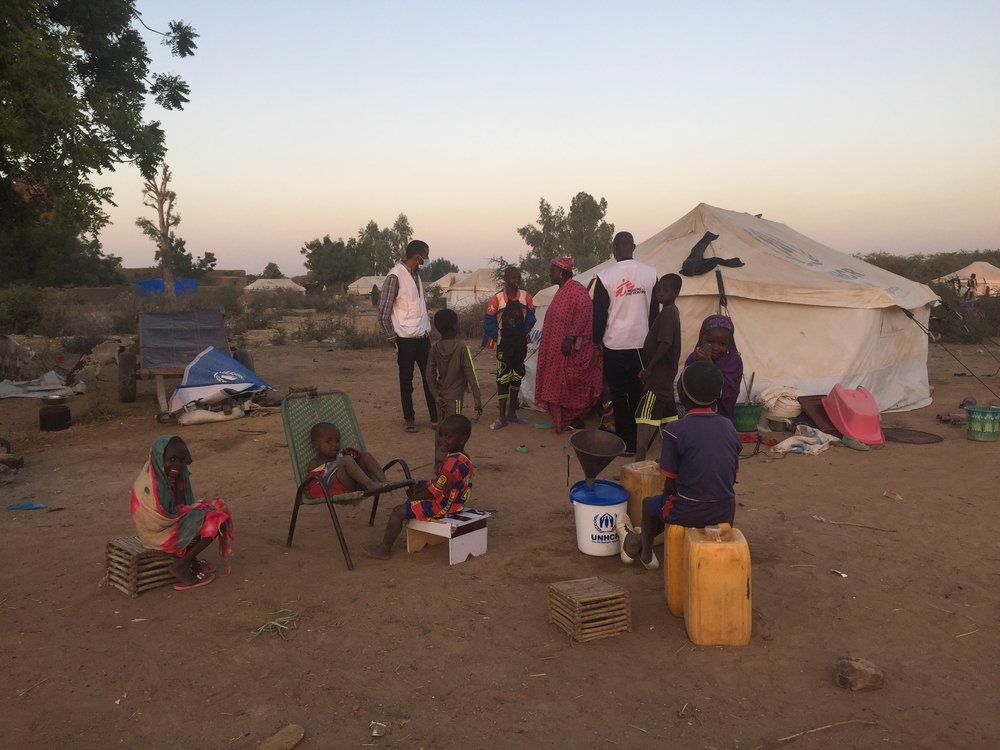 Lamine Keita/MSF
To get a better idea of the living conditions, an MSF team visits one of the sites where people displaced by conflict have settled in Sokolo, Niono.

Sokolo was already facing a water shortage before the new arrivals, and now inhabitants are concerned that there isn’t enough of anything to go around.

“We couldn’t bring any of our possessions with us: our animals, our food and our clothes are all still in the village. We didn’t have time to grab them because we were terrified for our lives."

"Our rice fields have been destroyed, pillaged or burnt. The village is completely empty, there’s not even a chicken.” 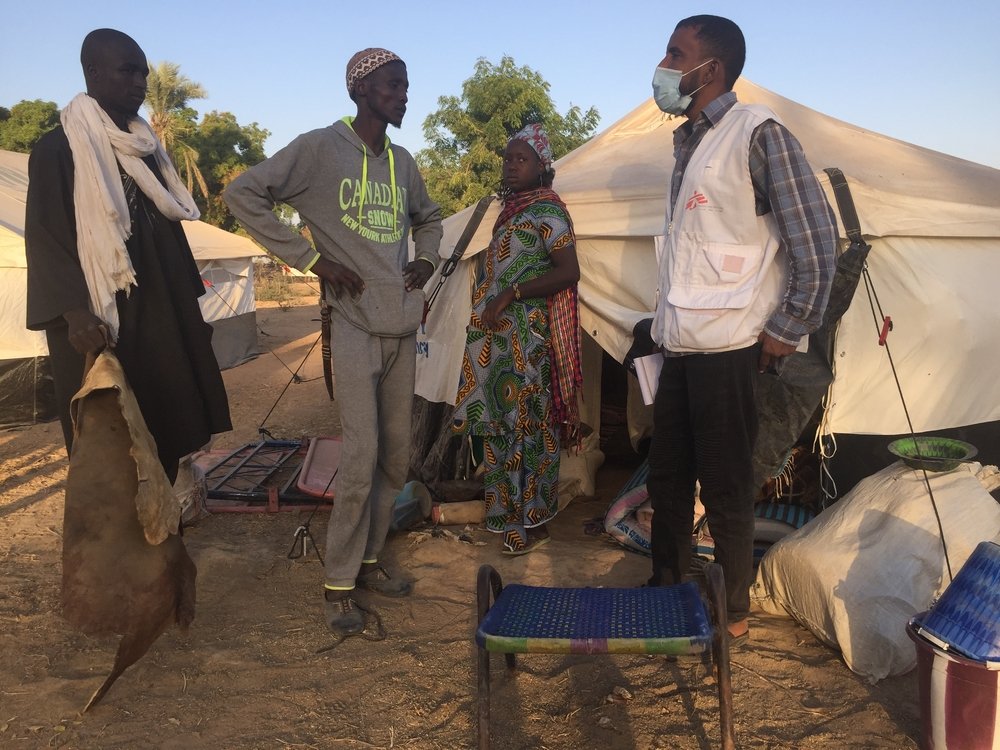 Lamine Keita/MSF
Mohamed, the MSF health promotion supervisor talks to a displaced family who are newly arrived in Sokolo, Niono, in the centre of Mali. The site is visited by MSF’s mobile clinic.

MSF started running a mobile clinic in November, and over the last few months the teams have been present on the site on a weekly basis. 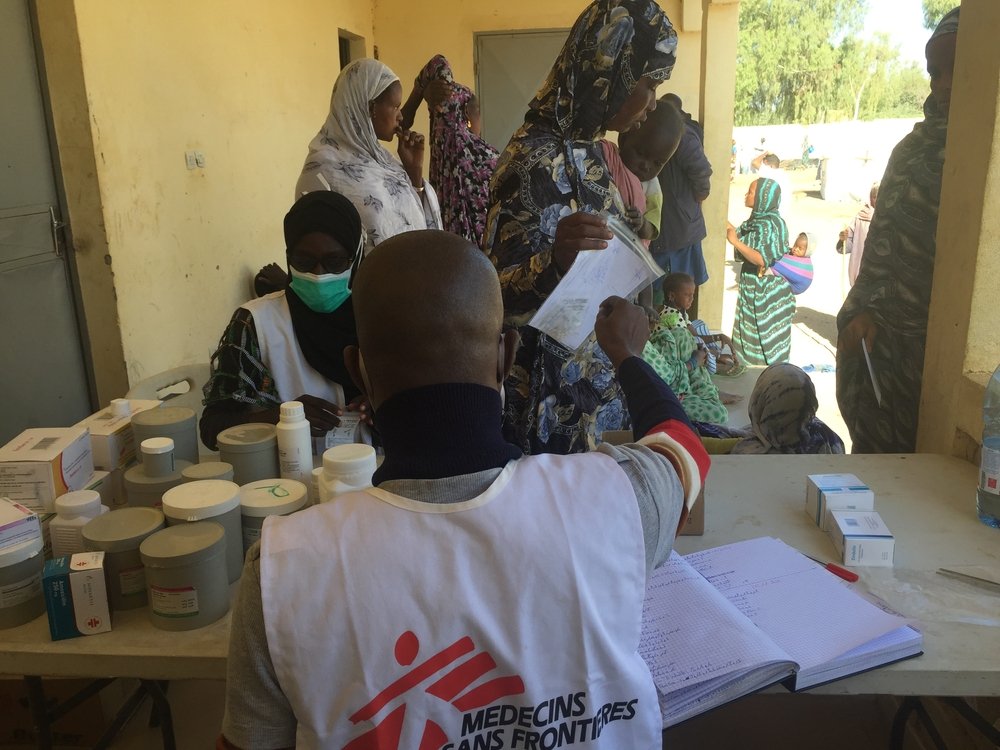 Lamine Keita/MSF
MSF staff member Moussa distributing medications to the displaced people who have come for medical consultations with the mobile clinic in Sokolo, Niono, in the centre of Mali.

Medical care is available for the displaced and the host community, including primary healthcare consultations, care for pregnant women and mental health support.

Most people are suffering from respiratory infections and malaria, but also the stress and anxiety linked to their living conditions is having a significant impact on their mental health.

No-one knows how long they will be there 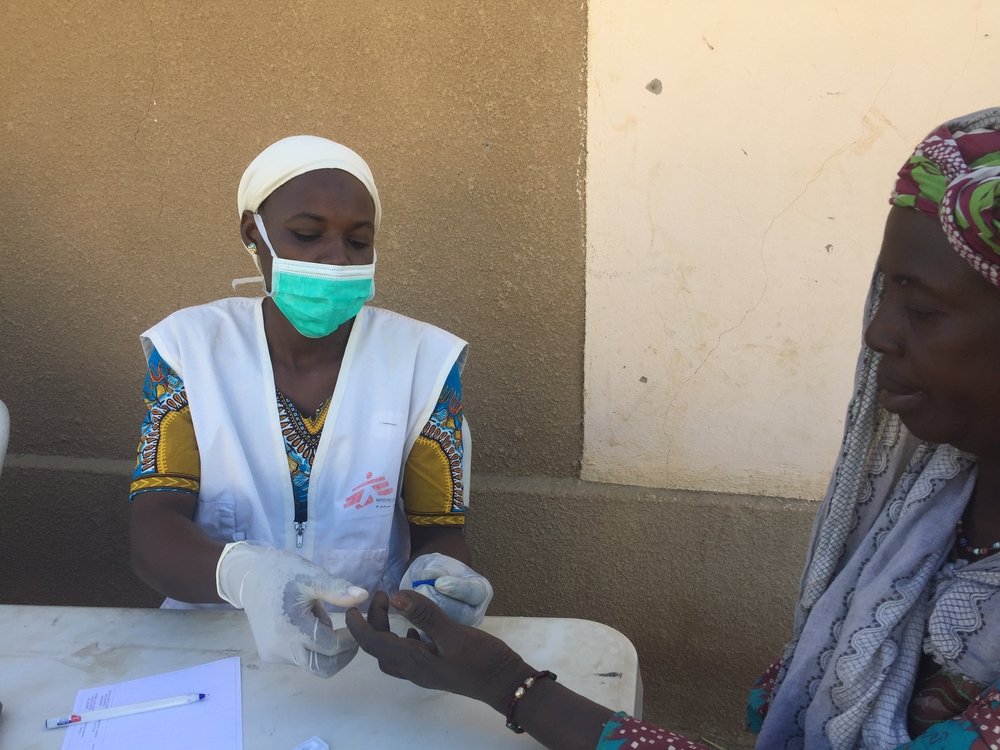 Lamine Keita/MSF
An MSF community health worker doing a rapid malaria test for a woman who has been displaced by conflict and is living on a site in Sokolo, Niono, in the centre of Mali.

And then there is the trauma of what people have seen and what they have experienced:

“My husband was away, and I was alone with my children during a time when violence broke out around my village. One night I wanted to escape with my children, but armed men came to my house and raped me. I was five months pregnant."

"My children and I fled here to Sokolo … Two nights after we arrived, I lost my baby.” 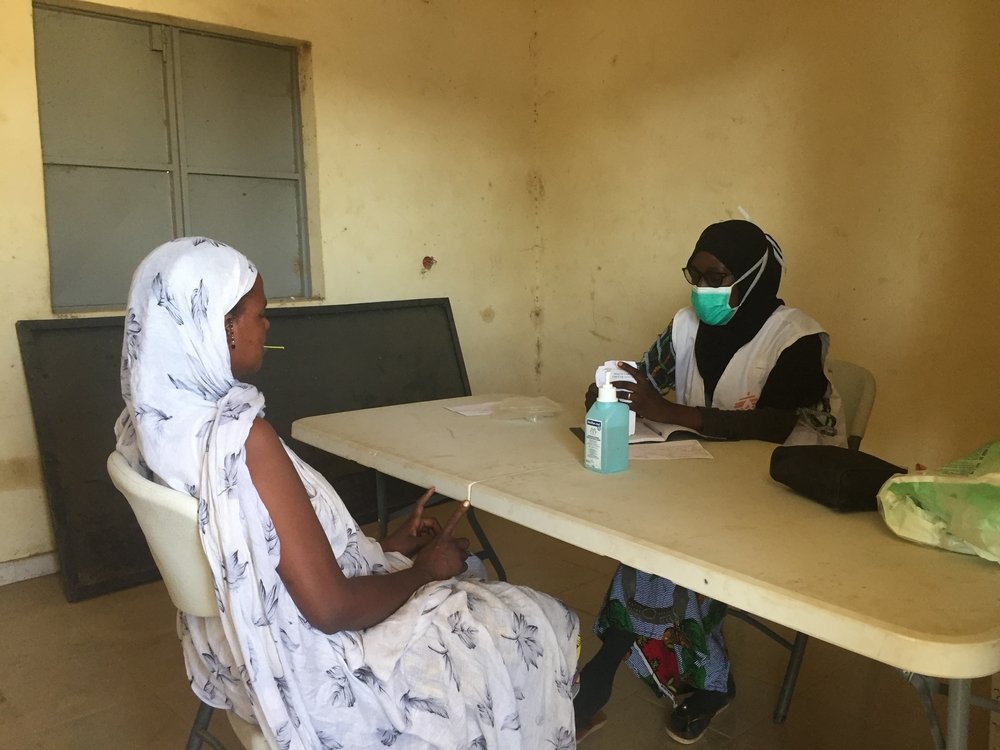 Lamine Keita/MSF
A patient come to see N’Diaye, the MSF midwife, for a gynaecological consultation at one of the sites for displaced people in Sokolo, Niono, in the centre of Mali.

In search of safety

Despite having come to Sokolo in search of safety, people do not feel at ease.

“The townspeople do their best to protect us, but we are worried, particularly at night. Everyone here is on tenterhooks and ready to run away at a moment’s notice.” 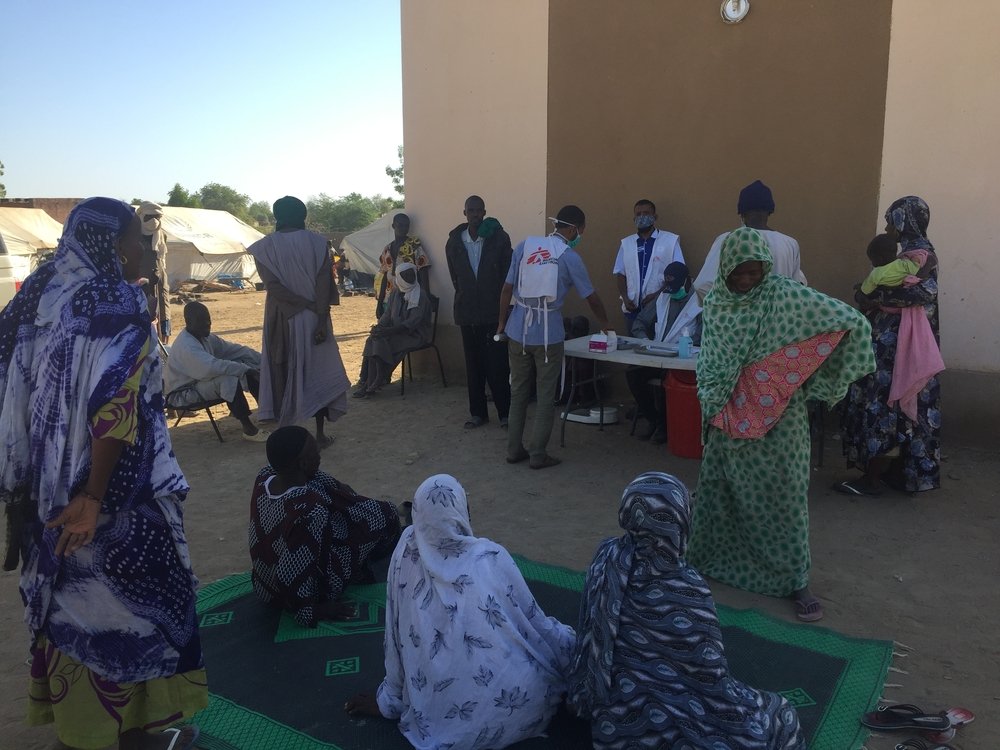 Lamine Keita/MSF
The MSF mobile clinic team provide medical care to people displaced by conflict in Sokolo, Niono, in the centre of Mali.

Armed men have been said to come to the camps and threaten people, saying that next time even the babies won’t be spared

Since the MSF clinic started, staff have undertaken over 3,000 outpatient consultations and 5,600 individual and group mental health sessions.

And yet sometimes the clinic cannot run due to insecurity on the roads. 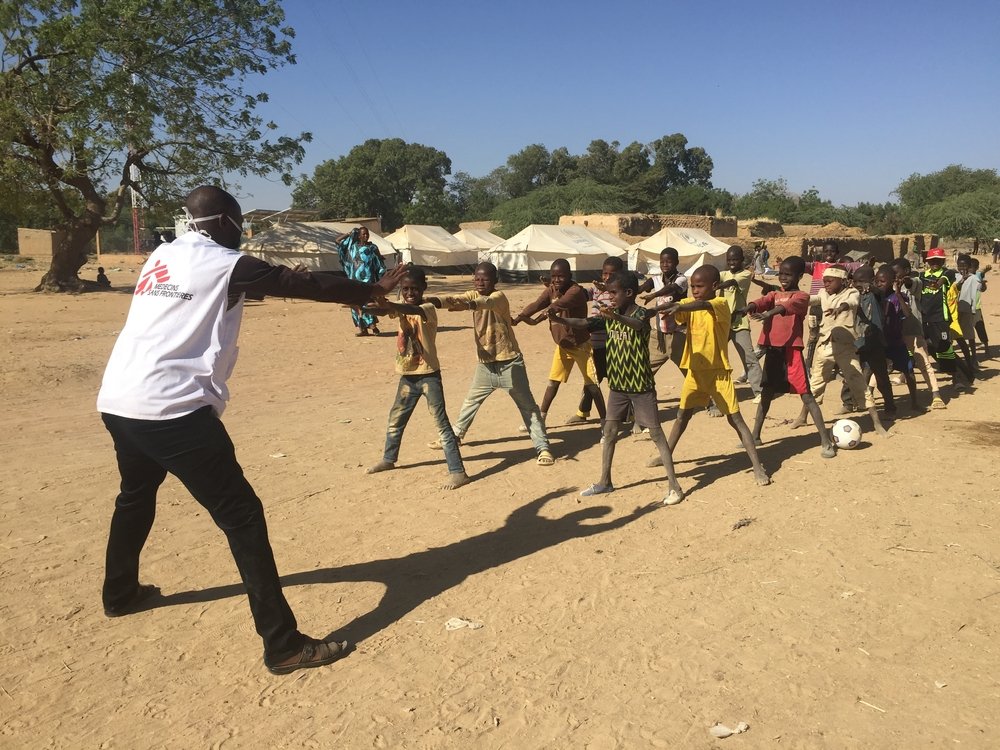 The violence in the area has reduced the amount of humanitarian assistance available to people in need.

“In a context like this, negotiating access with all the different groups engaged in the fighting is vital to ensure we can keep treating all those who need it”, says François Talla, the Field Coordinator for the project. 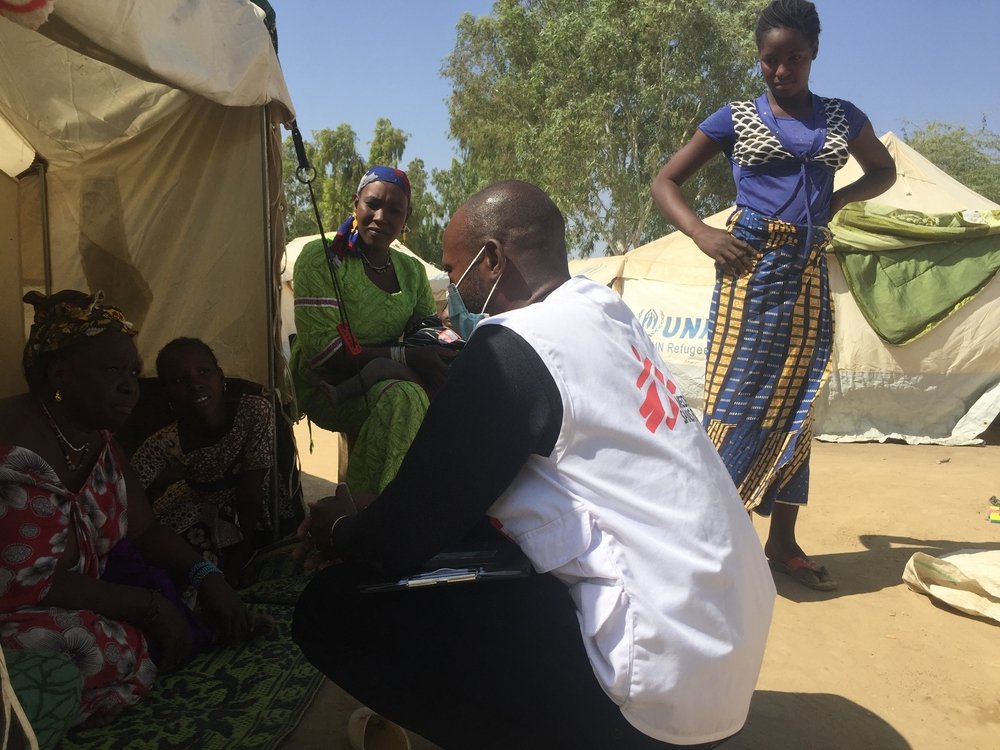 Lamine Keita/MSF
Daniel Dao, MSF mental health activities manager, visiting a family that has been displaced by conflict and is now living in Sokolo, Niono, in the centre of Mali.

“Providing assistance in the areas around Sokolo shows just how important it is to separate medical humanitarian aid from any form of political agenda or allegiance, in order to ensure safe access to people.”

To assure continued care for the displaced and the host community, MSF made the decision recently taken to replace the mobile clinics with direct support to the Sokolo health centre. 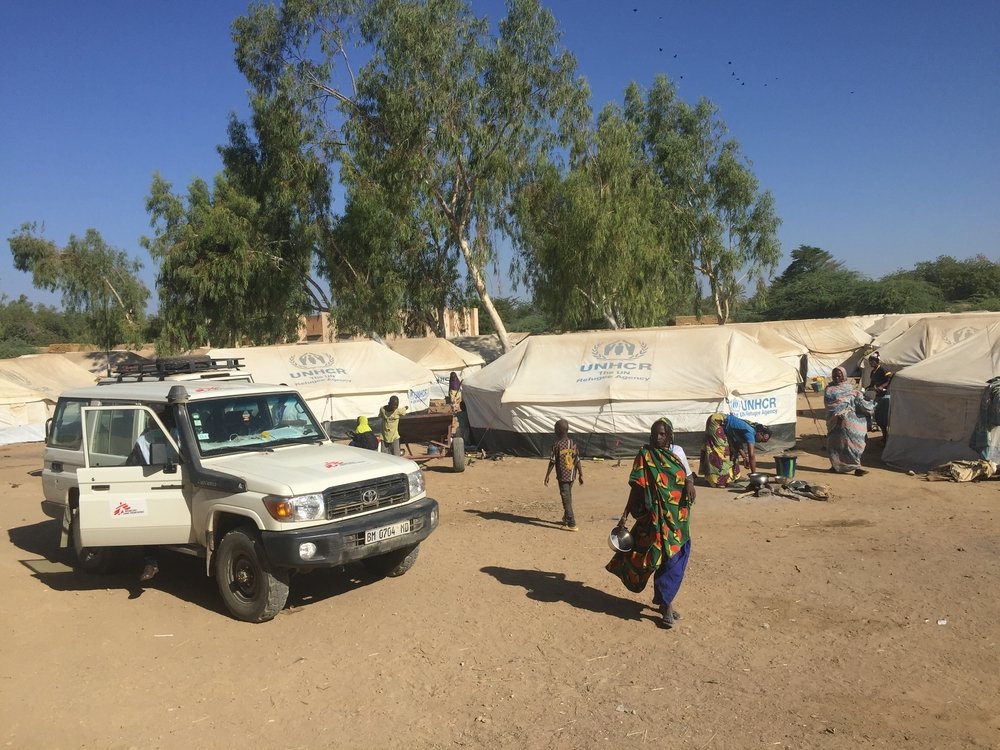 Further south, in Niono, where MSF has been working since 2019, the increased violence can also be felt. 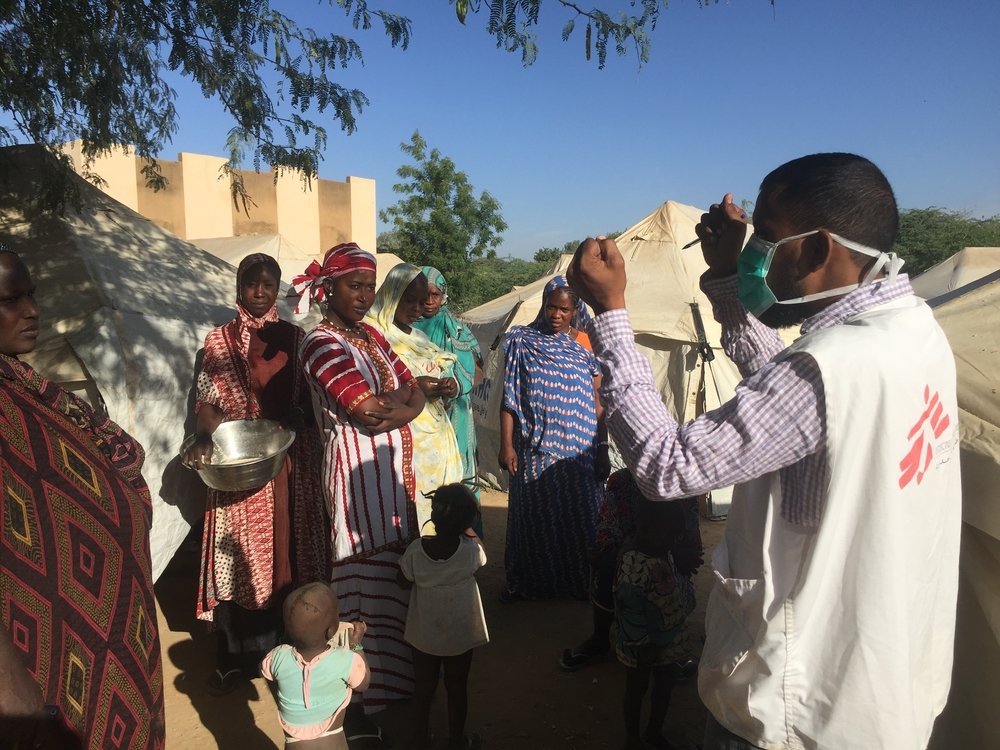 Lamine Keita/MSF
Mohamed, the MSF health promotion supervisor, explains to the displaced people living on the site in Sokolo how to protect against COVID-19.

Between November 2020 and March 2021, 56 people with gunshot wounds have been treated at the referral hospital

This permeation of violence that has seeped into new areas of the country has not destroyed people’s resilience though. 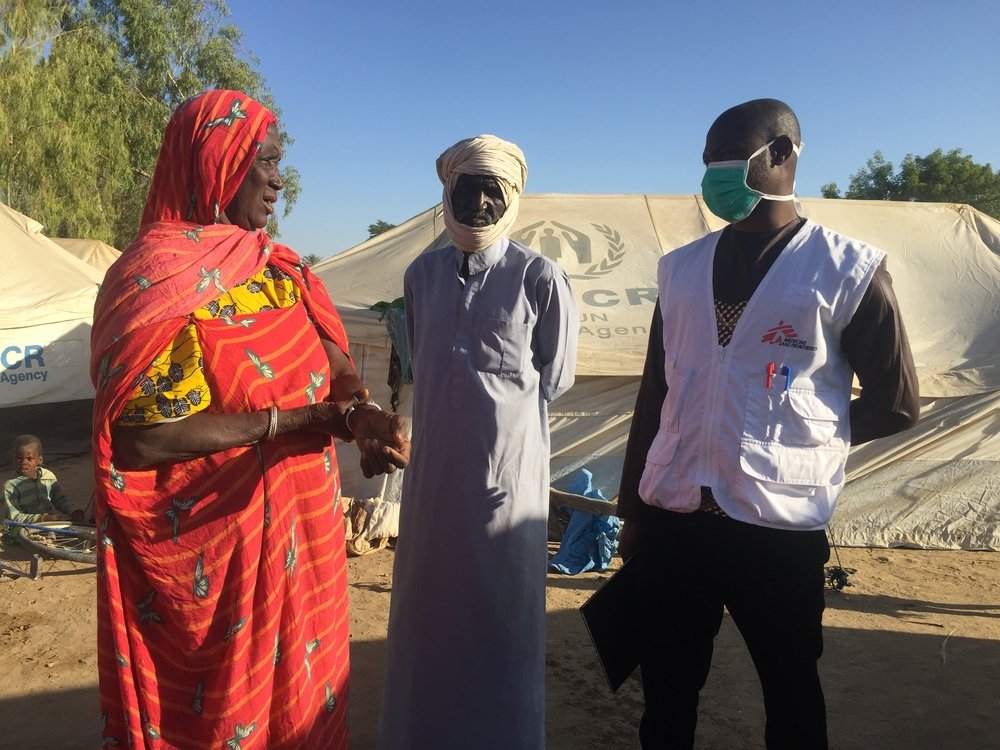 Lamine Keita/MSF
Daniel Dao, the MSF mental health activities manager, talks to one of the displaced people living on the site in Sokolo, central Mali.

In the words of one of our patients, “We only want to be helped until peace returns and we can go back to our normal lives in the villages.”

Let’s hope the March agreements can make this a reality.