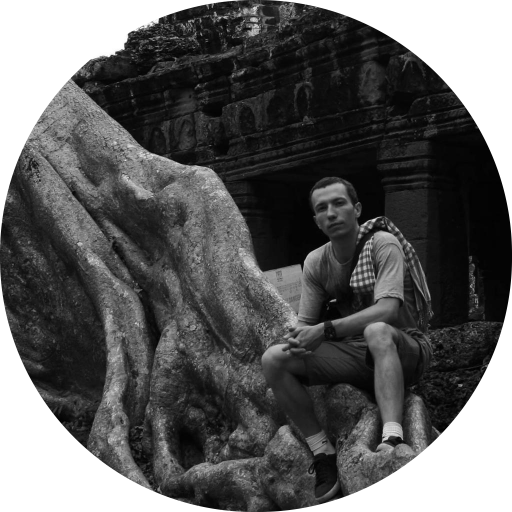 Malnutrition in Madagascar: Arriving in Ambovombe

Nurse Benjamin Le Dudal travels to the remote town of Ambovombe and the heart of Madagascar’s unseen food crisis.

Antananarivo, the capital of Madagascar, reminds you of both Africa and South East Asia.

In the streets, Toyota pick-ups cross paths with vintage Renaults from the 60s and old Peugeot station wagons, the latter being particularly useful for transporting bags of rice or cement.

Groups of children – their feet blackened by dust and tar – roam and hang around, clinging to the windows of 4x4s slowed down by the monster traffic jams in the capital, which has only three million inhabitants.

The driver makes me understand that the streets are not safe for “vazahas” (foreigners).

Madagascar had closed its borders a year ago in the hope of escaping the pandemic, cutting itself off from tourism-related income. As a result, many Malagasy found themselves unemployed.

Geologically, the island is a fragment of the Indian subcontinent. Anthropologically, it is a mixed population of Asian and African heritage… The climate and the landscapes are extremely contrasted.

Under these conditions, the driver explains to me, rolling his "Rs", some people take desperate measures to survive, including robbing a Westerner reckless enough to walk alone with his valuables.

In fact, we will not meet any Westerners in the Upper Town or on the outskirts of the Queen's Palace, a historic and sacred site that tops one of the 12 hills that make up the city and which offers a splendid view of it. 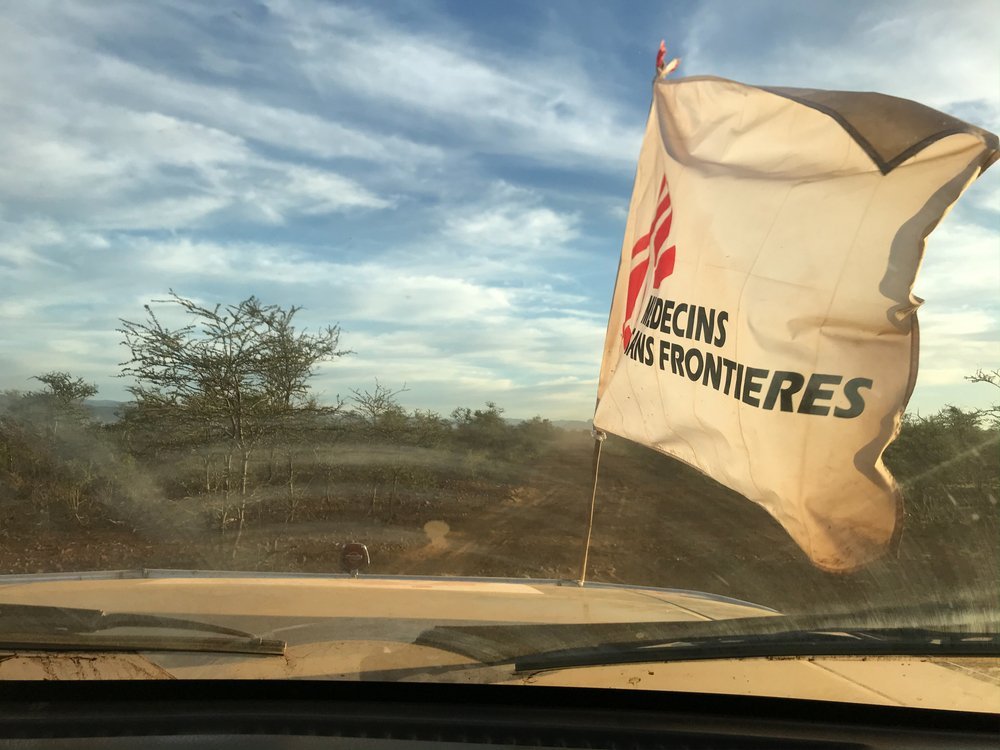 Djann Jutzeler/MSF
MSF team of doctors, nurses, nutrition assistants and logisticians leave the base early in the morning. Mobile clinic in Southern Madagascar.

Should we be concerned about the recent upsurge in COVID-19 cases on the island?

No, according to the driver, who reminds us that the country produces” CVO +”, a remedy against the virus made from traditional Malagasy plants and packaged in bottles or capsules.

The president had also announced a few weeks ago the victory of the Republic of Madagascar over COVID-19, before then noting an increase in transmission and limiting gathers to 200 people.

Geologically, the island is a fragment of the Indian subcontinent. Anthropologically, it is a mixed population of Asian and African heritage.

Culturally, you can also see an Arabic influence and aspects specific to the ethnic groups that occupy the territory.

The climate and the landscapes are extremely contrasted.

In the north there are the paradise beaches of Nosy Be, in the east a tropical coastal strip, in the centre the highlands, in the west the savannah and the baobab trees, and in the south are the semi-desert areas.

It is in this last great region that the emergency medical team of which I am a part is headed.

Médecins sans Frontières decided to intervene because of worrying figures of malnutrition in this southern area.

The provinces of Anosy and Androy regularly experience episodes of "kéré" (“famine” in the Malagasy language) due to the lack of rains.

For decades, NGOs like Action Against Hunger and the UN's World Food Program have distributed food here. In fact, Albert, a Madagascan logistician with MSF, was already working on the kéré at the end of the 1970s.

Little by little, the southern region became desertified. After two to three years of scarce rains, the cassava and sweet potato crops have shrunk.

This year the rainy season never arrived at all. All the crops have been burned by a relentless sun.

Undoubtedly one of the first major manifestations of climate change.

And, since tourism has stalled, remittances to this area have dried up, leaving communities even more impoverished than they were.

Fort Dauphin, or Tôlanaro in the local language, is one of the few deep-water ports in the country. This is where the plane from Tana drops off.

It is a thin tropical strip curiously marrying pines and palm trees, bordered by mountains on one side and by the Indian Ocean on the other.

On either side of the main thoroughfare are shacks made of planks and metal sheets that evoke something of a pirate town (of which this coast has sheltered a few).

This impression is quickly tempered, however, by the profusion of hairdressing salons and shops wafting high-volume zouk music into the streets. 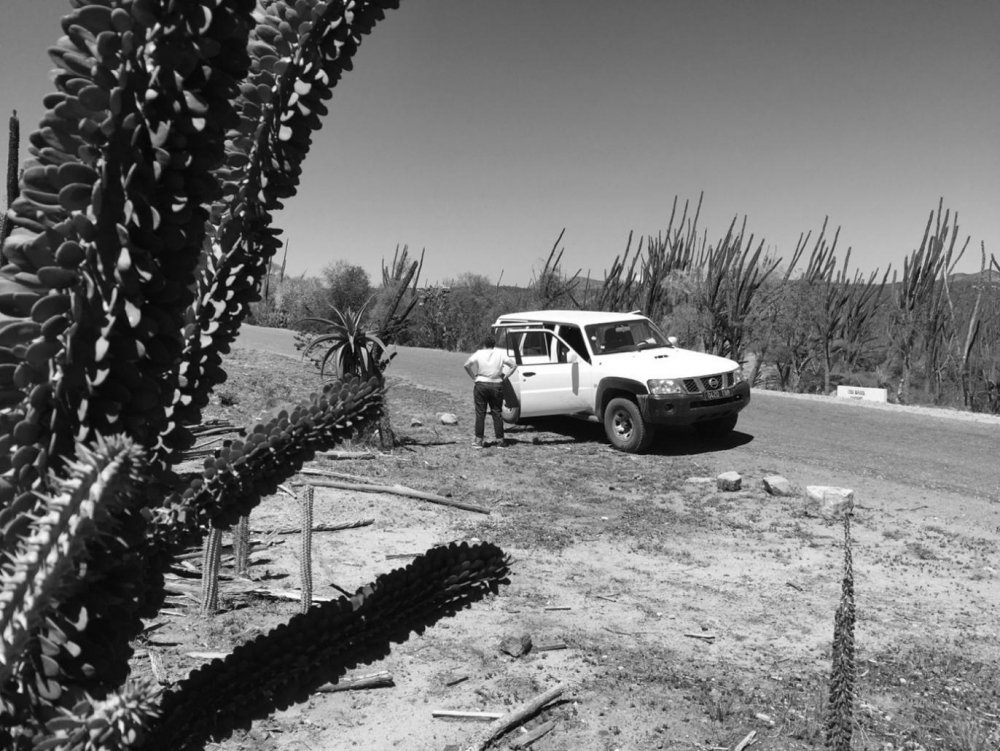 Stopping along the National 13 route.

Nationale 13, the road which links the city to the southern districts, dates from the French colonial times and has not been the subject of any repairs since they left, despite repeated promises by successive presidents.

As soon as you leave Fort Dauphin, the asphalt unrolls in intermittent patchy ribbons, interspersed with bumps and crevices, which pedestrians, bicycles, 4x4s and heavy goods vehicles navigate.

Not too heavy, however, because the large metal bridge that made it possible to span the river now lies at the bottom of it, forcing the trucks to borrow another much more frail structure that can only support vehicles less than 10 tonnes.

This is hardly practical, when is comes to MSF and other organisations attempting to transport supplies into the region.

As you move away from the east coast, the landscape changes from green to ochre. Pedestrians are rare between the villages.

You just come across a few zebu (a type of ox) carts operated by kids who no longer go to school for lack of money and teachers.

The flora is mainly represented by the cactus and the sisal, a kind of sharp palm tree growing at ground level and which, in an excess of enthusiasm, I at first took for agave (unfortunately, sisal does not distill and is mainly used for making roofs and baskets in woven leaves).

Ambovombe looks like an African town that’s been teleported to the far west, or vice versa. We covered the hundred kilometers from Fort Dauphin in four hours, but these two cities were as dissimilar as Nice can be from Reykjavik.

Ambovombe is a village built around a red earthen track and which reminds me of my time working in the Central African Republic.

MSF has set up its HQ here in a former hotel, in order to be able to work across the region.

Every day around midday, a strong wind rises from the south, lifting sand and dust that seep everywhere: under fingernails, into clothes and in the crevices of electronic devices.

In the kitchens, utensils are covered with sheets or turned upside down like in the film Interstellar.

As the head of nursing – a title to which I have not fully grown accustomed – I will be one of the supervisors of the Malagasy paramedical teams who will work for the organisation.

Such an operation is not possible without hiring local staff, and it’s one of MSF’s policies to work directly with local healthcare workers.

We organise tests to select nurses and nutritional assistants.

Our candidates have Malagasy first names or those of calendar saints. So, have the privilege of correcting the exam answers of Vincent de Paul and Jean de Dieu.

Some submissions are moving, like the woman who writes a plea at the end of her paper to explain how poor she is and how much she needs this job.

Nothing more to eat

The team of logisticians has recently returned from reconnaissance over several days in the bush.

They were able to identify the water points, visit a few hamlets and confirm that in several of them there is now nothing more to eat except the too-rare fruits of the cacti.

The zebus were either killed for their meat or stolen by the dahalo – highwaymen who crisscross the region and recently emboldened themselves to kill a gendarmerie commander, before fainting in the desert. 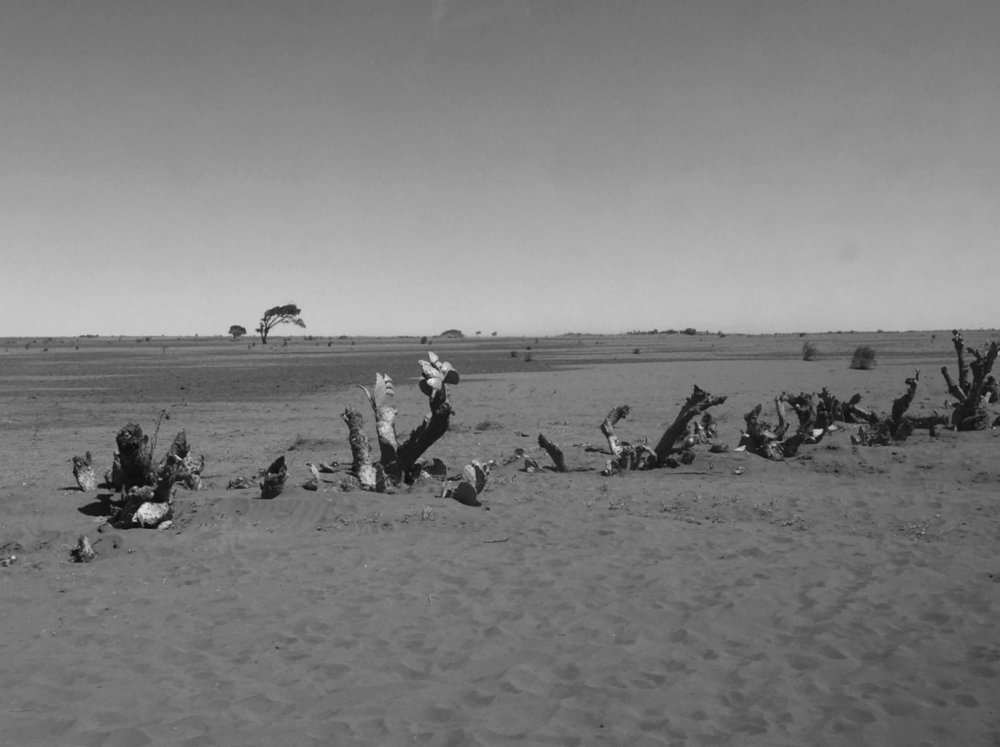 A view across the southern region.

In addition, food distributions usually take place in the larger villages, forcing people in remote hamlets to walk several hours in the sun to collect their rations, which they then struggle to bring back with them due to exhaustion.

It should be noted in passing that lack of media coverage of the crisis generates a total ignorance, if not indifference, from the international community which has the consequence of limiting resources.

The World Food Program is currently digging several tens of millions of euros from its coffers in an attempt to limit the damage.

On our side, we are short of medicines and Plumpy’nut, that fortified peanut paste that can save live from malnutrition if delivered on time.

Despite these far from ideal conditions, the medical team has decided not to postpone the launch of the mobile clinics and is preparing to hit the road with two 4x4s and eight motorcycles to bring care and food to the communities most severely affected by the food crisis.