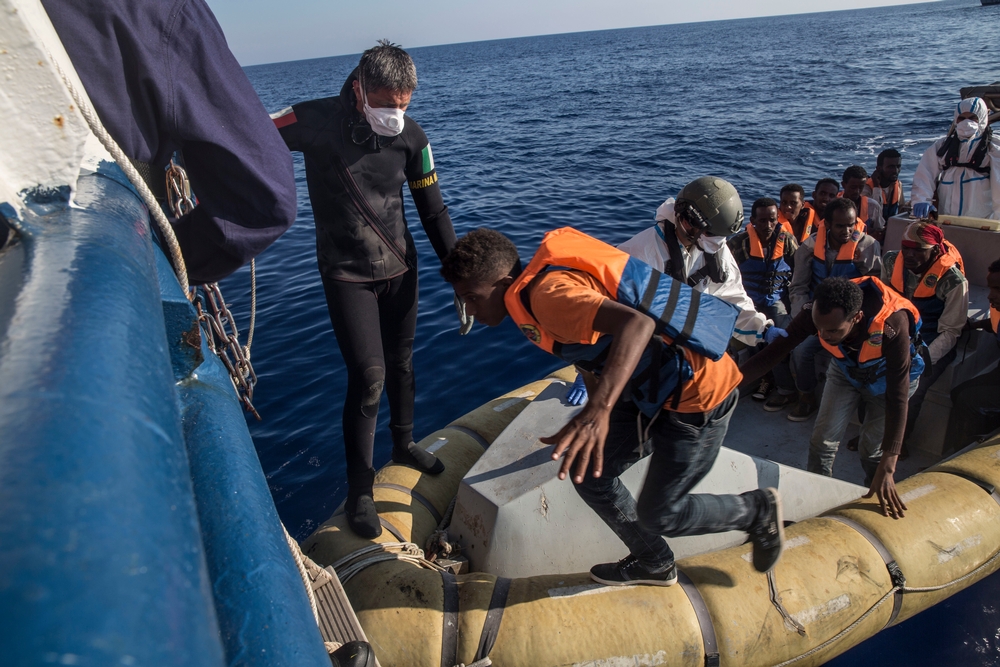 Abdo was one of the 103 people rescued from a vessel drifting in the Mediterranean.

While being transferred to shore, he told Médecins Sans Frontières (MSF) his story.

“When the war started, everything came to an end,” says Abdo Sef, who left his country almost a year and a half ago.

He was studying in Sana’a when the war began. He is 23 years old.

“People had no food, no water, they had nothing. There was no place to go in Yemen.”

In February 2014, Abdo left his country with his mother and his sisters. They moved to Somalia. “I heard some Somali people talking about Europe and I thought that this was my opportunity,” says Abdo.

After convincing his mother to let him go, he started out on his trip to the old continent. Seven months later and after crossing Somalia, Ethiopia and Sudan, he arrived to Libya.

“My time in Libya was really hard, even worse than in the war,” he explains.

When he arrived in Libya the smugglers shut him in a house in Tripoli with 120-150 other people. After some time, he doesn’t remember how much, the smugglers moved them to the sea.

“They told me that I was going to arrive to Italy in 15 hours,” says Abdo.

Five days after departing the Libyan coast in the Zodiac inflatable boat that the smugglers had provided, Abdo was still on the boat going nowhere.

But finally, he was rescued together with103 people more, the majority of them from Eritrea and Somalia.

On 9 July, they arrived safely to Trapani, Sicily. MSF transported them to the Italian shore.

Now Abdo is continuing his journey. His dream is to arrive to Sweden, where he has family, and to try and help his mother and sisters to leave Somalia, another country where conflict is always present.

Read more about MSF's work in the Mediterranean