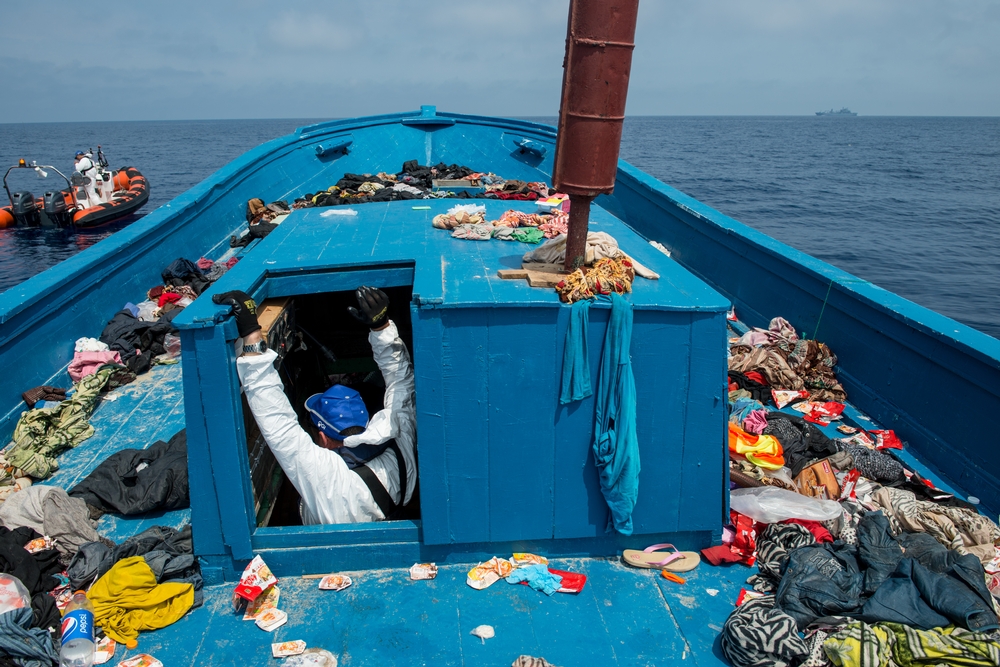 Agnes escaped from Eritrea and fled through Sudan to Libya. There, she boarded a boat she hoped would bring her across the Mediterranean. She told Médecins Sans Frontières her story.

“I left Eritrea four years ago with my husband. My husband was made to serve in the army, and he couldn’t provide for us. If he left the army, he’d be put in jail. Many people go to jail for no reason in Eritrea.

When we left we went to Sudan.

We spent three years going from place to place, looking for work and trying to make enough money to come to Europe.

Finally we made a bit of money, but it wasn’t enough for all of us, so I left with my daughter. My husband couldn’t come with us. Crossing the desert between Sudan and Libya was very difficult.

It took seven days, non-stop, in an overcrowded car.

After crossing the border, we moved from one town to the next until we arrived in Tripoli. We travelled in containers, like animals or objects. It was very dark and hot in the containers.

Many people fainted because of the heat and some died. Libya is a very dangerous place.

There are a lot of armed people. Some of them are Da’esh [Islamic State]. They kill a lot of people and carry out a lot of kidnappings.

When we arrived in Tripoli they put us in a house with 600 to 700 other people and locked us in. We had no water to wash ourselves, we had very little food and we were forced to sleep one upon the other.

It was very difficult for my daughter – she fell sick many times.

There was a lot of violence. I was beaten with bare hands, with sticks, with guns.

They asked us to pay to go to Europe, so I paid US$1,700 for me and my daughter. We were lucky because women and children were put on the deck of the boat.

The people below were in the dark and it was really hot down there. I could hear some of them saying they couldn’t breathe.I knew that the journey would be very dangerous and difficult, especially for my daughter.

But what was the alternative? We could not survive in Eritrea or Sudan. Our government does not allow people to leave. With our documents in Eritrea, there was no other way for us to get to Europe.”

FIND OUT MORE ABOUT THE REFUGEE CRISIS