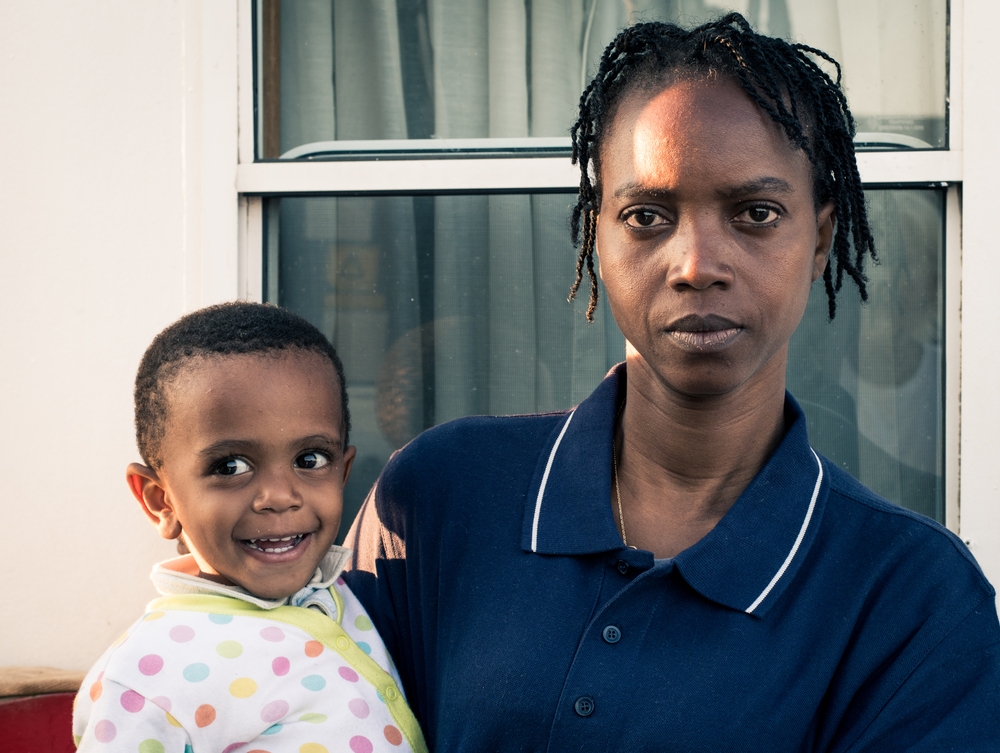 Batu is 30 years old and from Sierra Leone. She was rescued from a small craft in the Mediterranean and taken on board a vessel run by Médecins Sans Frontières (MSF). Here, she tells her story.

Life in Sierra Leone seems to be difficult because of Ebola but that is not why I am here.

I am married to a Lebanese man that I met in Sierra Leone after my first husband, with whom I had 2 boys, died 12 years ago.

We had 3 more children together and at first, we had money but in 2012 we started struggling. So we went back to his family in Lebanon.

They didn’t like me. My father in law, my mother in law, his brothers and his his sister all disliked me. They said that their son must not marry a black woman.

When I gave birth to my children, they were darker than the Lebanese people, so his family hit me. We suffered a lot and even eating was a problem because my husband didn’t have a job.

Eventually they sent me back to Sierra Leone and only allowed me to take only the youngest of my children with me, 2 year old Mohammed. I had no choice but to take him and leave the others behind.

Back in Kailahun, one of my friends told me his sister was in Libya and that I should go meet her. They gave me the number of a driver and soon I had borrowed enough money for the trip.

The travel was difficult, we had very little food and the people along the way really harassed us. The men asked us to have sex with them, they did that to me many times.

When they see you have a baby they ask you if you’re married and sometimes they leave you in peace. But those single girls… they do whatever they want to them and beat them if they refuse.

Fear in the street

Once in Libya, I went to Tripoli but I had no money and I needed to find a job. I found a man who needed care and a housekeeper and I worked for him but for a black person it is not easy to live in Libya.

If they see you in the streets they take everything from you, sometimes they beat you, kidnap you and even kill you.

That’s why black people stick together, it is safer that way.

I had planned to stay in Libya but the conditions were so bad that after a month, I decided to go to Europe.

The smugglers asked me for 1200 dinars for the crossing, which is around 600 dollars and took me to a place in the naked sun.

One night they came to us and took us to the boat but the boat was made of rubber. We thought we would be rescued in an hour or two but after many hours the boat started losing air, everybody prayed and cried.

Nobody thought that we would have survived but we continued praying. After a while we saw a helicopter, then we saw a plane and finally we saw a ship and were rescued.

In the future I want to go back to my children I don’t know anyone in Europe. I have my sons Seita and Husman in Sierra Leone and Jad and Aloushe in Lebanon.

Read more about the work of MSF in the refugee crisis