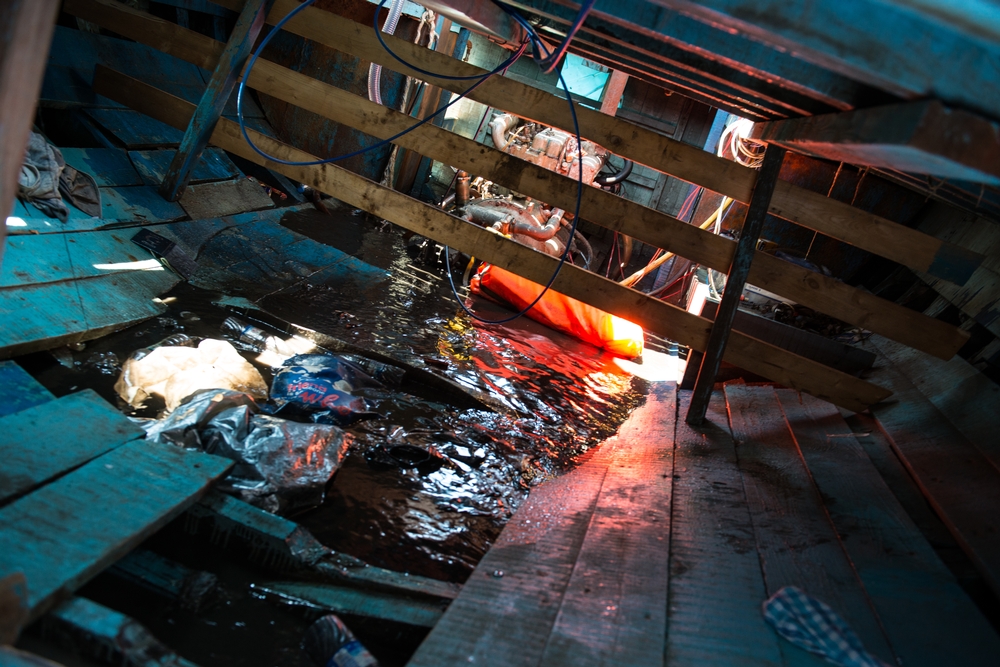 Conditions on board vessels used to smuggle people into Europe are often appalling. Justine from Nigeria suffered burns all over her body before being rescued by Médecins Sans Frontières (MSF) crew on the Dignity I.

Justine had been orphaned in Nigeria. Her Nigerian friend living in Libya convinced her to leave the country and look for job opportunities in Libya as a hairdresser.

She promised her a good life, so Justine decided to leave.

However once she reached Libyan border she was kidnapped and put to prison for two months in Sabaa.

There, she suffered abuse that was too painful and fresh to explain even to the MSF doctor.

After she was released she decided to flee Libya, and got on a dinghy boat that was supposed to bring her to Italy “in six hours”, according to the smugglers.

When the Dignity I rescued her, she had serious burns all over her lower body caused by the fuel in which she had to sit for more than twelve-hours during the journey.

While on board the MSF vessel Justine suffered with any attempt to make a slightest movement and could not sit or walk properly.

“I was sitting on the ground, next to the engine of the boat."

"The gasoline was all over the floor and I was covered in it, but there was nowhere else to move, we were so many people".

"My skin on my legs was burning so badly, I was crying, I could not believe when your boat found us.

Read more about MSF's search & rescue work in the Med