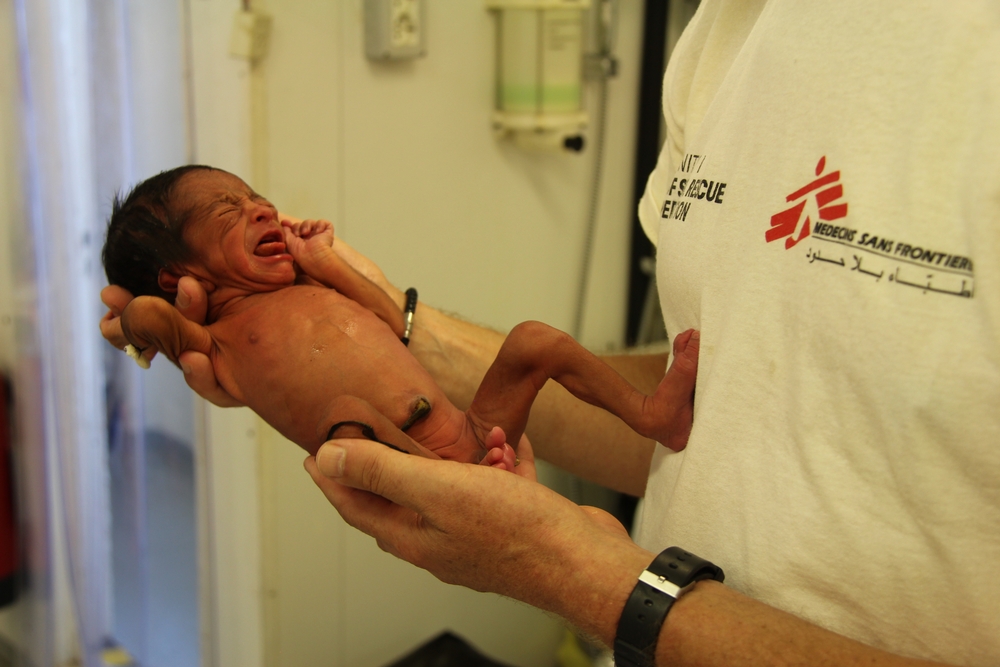 Mediterranean: MSF assists in rescues of 3,000 people in one day

On Monday 29th August, MSF’s search and rescue boat the Dignity I contributed to the rescue of around 3000 people drifting in about 20 rubber dinghies and several wooden boats, one of which carried between 600-700 people, in the central Mediterranean.

"This is one of the largest numbers of people we have assisted in any single day since our search and rescue operations began over a year ago," says Nicholas Papachrysostomou, Field Coordinator for MSF’s  vessel the Dignity I.

"The Dignity I boat can hold a standard capacity of 400 people, yet due to the extreme situation yesterday we boarded 435 men, women, and children.

"For the other people in distress, we distributed all of their stock of 700 life jackets and used our RHIB (Rigid Hull Inflatable Boat) in order to transfer as many people as possible to other search and rescue vessels in the area," he continued. 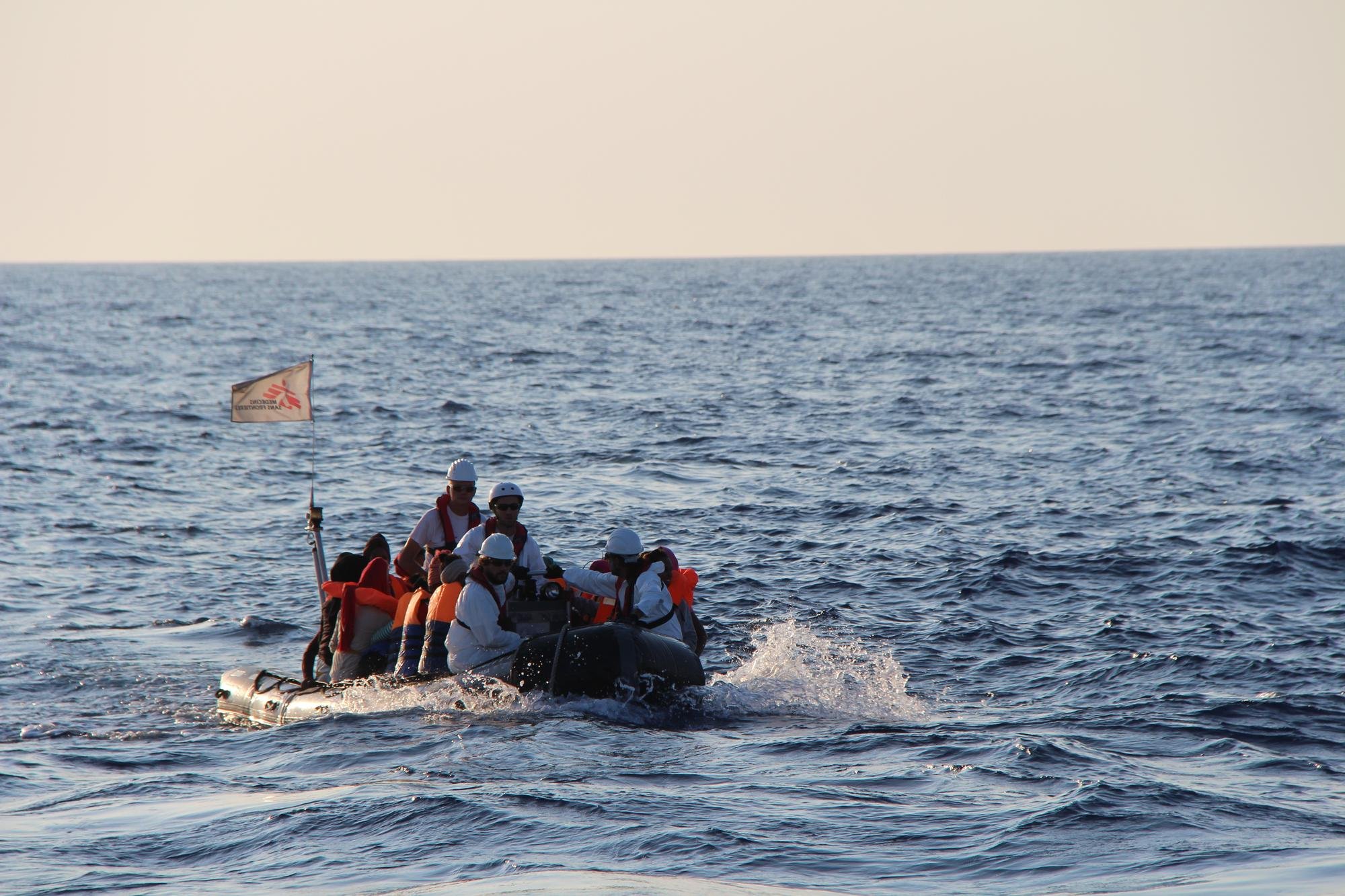 “We have a remarkable story of rescuing twins who were premature babies delivered at 8 months and were 5 days old,” says Antonia Zemp, Medical Team Leader.

“The mother was travelling alone.  One of the boys was not well. He was vomiting, had hypothermia and non-reactive," she continued.

"After a first triage, our medical team decided to request an evacuation due to the fact that his health was so fragile that he would not have survived the long journey to Italy in our boat. We transferred both mother and twins to another vessel that could evacuate them to shore.”

Amongst those rescued by #Dignity1 today is this sick 5 day old & its twin. @MSF is trying to organize a medevac. pic.twitter.com/rYAoQRFn9I

Medical treatment on board

Currently, Dignity 1 is heading to Vibo Valentia, Italy in order to disembark the 435 people on board.

It will return to sea as soon as the boat has been restocked to continue its search and rescue operations.

According to the Coast Guard, nearly 6,500 people risked their lives to cross the rough Mediterranean Sea yesterday and were assisted in 40 rescue operations by several actors,” says Papachrysostomou.

“This shows that the EU’s response to the crisis at and within its borders has failed to address the urgent humanitarian and protection needs of refugees and migrants," he continued.

More than 3,167 people have already lost their lives in the Mediterranean in 2016 according to IOM and UNHCR figures.

.@MSF_ireland say five-day old twins were among those rescued from the Mediterranean Sea on Monday - https://t.co/7W7GTg1GDa

The EU needs to put in place measures that will provide safe and legal alternatives for refugees and migrants to access the assistance and protection they are desperately seeking.

find out more about search and rescue operations