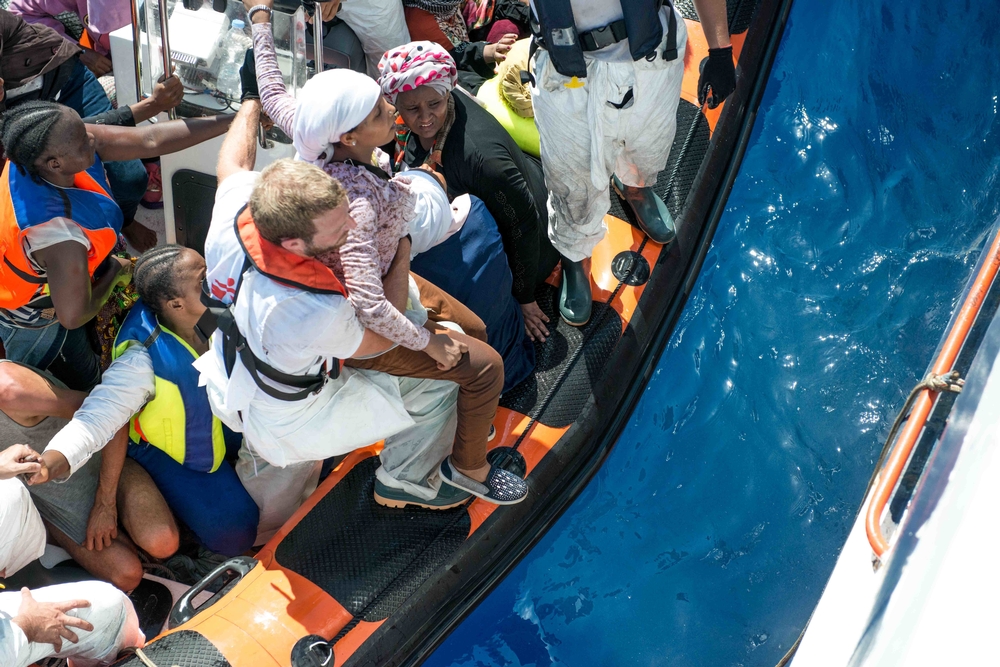 Mediterranean Rescue: "People were desperately clinging to life jackets and anything else they could find"

Will Turner is an emergency coodinator on-board the MY Phoenix vessel in the Mediterranean Sea.

Ever since I began working on a search-and-rescue boat in the Mediterranean this May, I’ve been dreading the day that we would respond to a distress call only to arrive and find that it was too late.

It was my colleagues on Médecins Sans Frontières’ boat the Dignity First who got that awful call.

They arrived to a horrific scene. A boat reported to be carrying what was estimated to be between 600 and 700 people had already sunk. People were desperately clinging to life jackets and anything else they could find in the fight for their lives. Others were drowning and some had already died. The few possessions people take with them on these desperate journeys were floating in the water.

The team dispatched rescue boats, threw life jackets overboard and started pulling people from the sea. Among the rescued was Mohammed, a Palestinian who had saved his 18-month-old daughter Azeel and his pregnant wife.

When I think of those people trapped in that hull, I reflect on those we have rescued and the stories I have heard.

Will Turner spoke to Marian Finucane on RTE Radio One from onboard the MY Phoenix in the Mediterranean Sea, Saturday August 8th

A treacherous journey before the sea crossing has begun

The majority of those crossing the Med are running for their lives. Most are fleeing the increasingly brutal war in Syria, life under a repressive regime in Eritrea or conflict and violence in Afghanistan or Somali. There are others, working in Libya, who found themselves caught up in chaos with no choice but to take to a leaky boat in fear for their lives.

People talk of horrendous journeys on land even before boarding these boats.

Some are herded into trucks to cross deserts; others fall ill but are left to die on the side of the road. Those who pass through Libya talk of rape, torture, kidnap and murder before they are led into a rickety, overcrowded vessel, often at gunpoint, with no possibility of opting out. 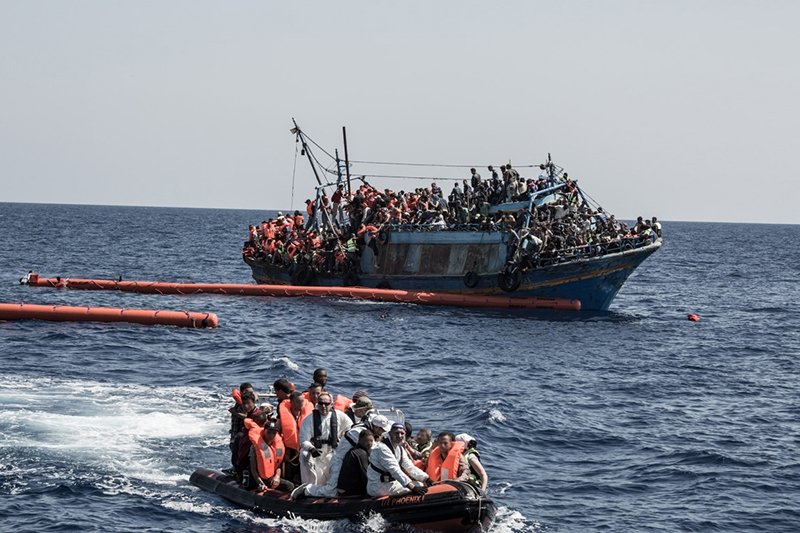 Christophe Stramba/MSF
The MSF boat Bourbon Argos engaged in a complicated and tense rescue operation of a vessel in visible distress crammed with 613 passengers.

The onus is on Europe

So far this year Médecins Sans Frontières have assisted over 11,000 people in the Mediterranean Sea. Drowning tragedies will happen again, and again, until safe and legal channels are created for some of the world’s most vulnerable people who are on the move.

The current response to the crisis sitting in Europe’s backyard is woefully inadequate.

We hear more on the need to focus on smugglers rather than trying to address the issue at its core. And for those brave and fortunate people that do make European soil, the reception and willingness to take them in is totally inadequate.

EU member states leave the burden to Italy and Greece, and then squabble about taking in a few thousand refugees.

All countries can and should do more, at a time when the world is seeing the highest number of displaced people on record, almost 60 million at last count. 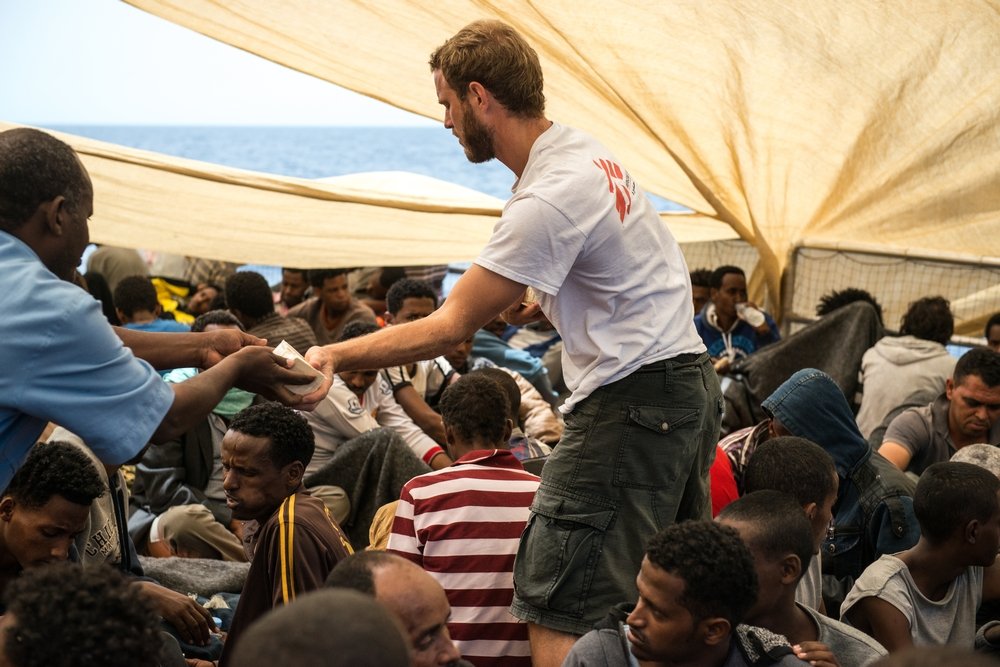 Ikram N'gadi/MSF
While on the way to Messina, Will Turner distributes food rations to the people on the upper deck of the MY Phoenix.

No other option for people caught in crisis

The youngest person we have rescued was a two-month-old baby girl from Syria.

We asked her parents why they made such a dangerous journey with so young a child. Their response was the same as everyone’s: they would rather die trying than stay in the situation that they were in.They know they might perish in the Mediterranean but they have no other way to reach Europe.

Most Syrian families opt to stay in the region but those that do not must first place themselves and their families at even more risk by crossing the sea on a precariously overcrowded boat.

There are more people fleeing war, conflict, violence and persecution in the world than at any time in history but, as the scale of suffering increases, the political response hardens, countries build higher walls, seal land borders and some seek to dehumanise or criminalise those caught up in this crisis.

The people I have met are the victims of Europe’s repressive policies – of our failure to offer protection and safety to some of the world’s most vulnerable people, a failure that leads to untold suffering and loss of life.